@MarkBermanFox26
MLB source: Dallas Keuchel (@kidkeuchy), who signed a minor league contract with the @Rangers, expected to start Tuesday night for the @RRExpress at Constellation Field against the @SLSpaceCowboys, who’ve already announced @lmccullers43 will get another rehab start Tues.
2 Likes
das (david shive) August 1, 2022, 12:35am #345

Wow, what a game to go see. I wish I was in TX on Tuesday.

@brianmctaggart
Click on Michael Brantley: "No update, no change in the status. We continue to work with him on inflammation and try to let the body heal itself."
austro (Mark) August 3, 2022, 12:18am #347

No runs allowed by LMJ at Constellation Field tonight in the first 3 frames with 2 groundball singles, 1 BB, 5 Ks, 2 flyouts, 2 groundouts.

But the 4th inning got a bit messy: walk, groundout, walk, bloop single off the bat of Nick Tanielu. Removed from the game at that point.

ain’t no thing if you ain’t got that swing 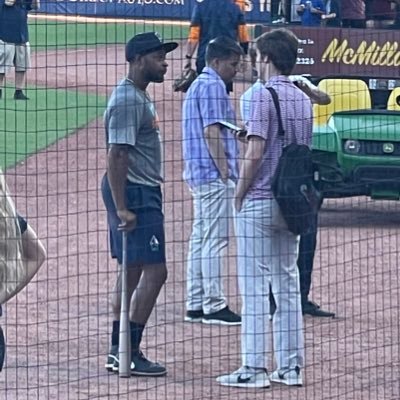 Keuchel vs LMJ rematch on Sunday at Constellation Field.

@thevandalorian
Pedro León took a 92.9 mph fastball to his face. He’s leaving the game with a trainer and is being pinch ran for by Franklin Barreto. He walked off the field on his own accord with a towel on his face.
1 Like
MusicMan (Michael Shopoff) August 7, 2022, 2:24am #353

@francysromeroFR
Cuban prospect Pedro León had a small fracture in his face, but fortunately he will not need surgery, per sources. León was hit this afternoon in his shoulder that touched a part of his left cheekbone. It is expected to be out for 1-2 weeks.
JimR (Coach) August 7, 2022, 11:54am #355

Sounds like he was lucky it was not much worse

Never seen this before 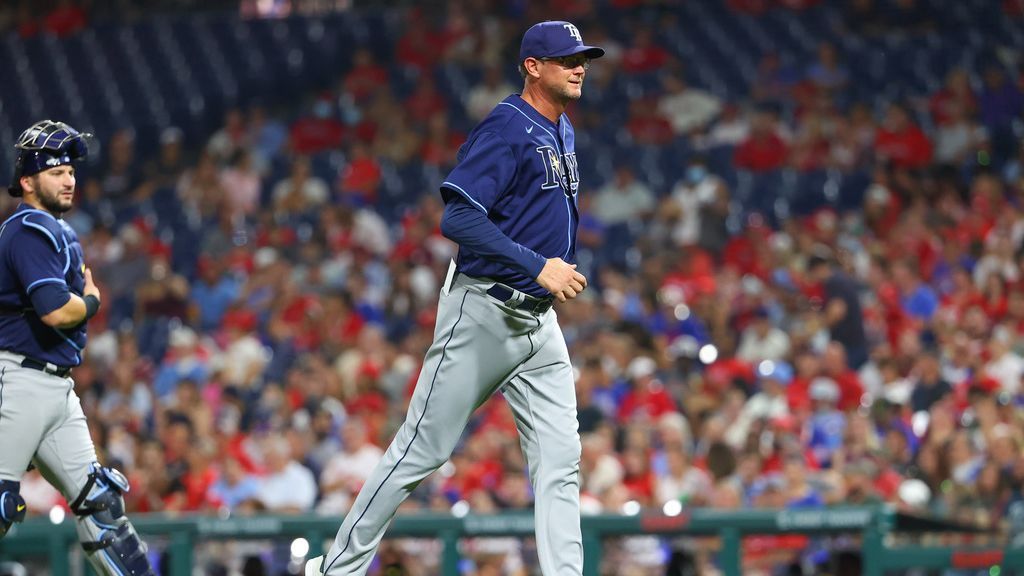 Tampa Bay Rays pitching coach Kyle Snyder injured himself walking to the mound to visit Shane McClanahan in Saturday's loss to the Tigers.

I believe that’s GM-speak for “he done”…

@Chandler_Rome
Asked (again) by @raford3 whether Michael Brantley will play this season, Astros general manager James Click replied "we hope so, but with every passing day, you have to kind of take an honest look at it." Click added, again, "there's no update."
JimR (Coach) August 7, 2022, 8:44pm #359

If Brantley can’t go might as well get that good glove on board.

We’d have to be sure to hose the FTC/Stem stink off before we let him sit on the furniture though.

The Two Jakes somehow has a familiar ring to it.

On a more serious note, –>IF<– Marisnick is healed from the big toe sprain or soon will be I don’t know why you wouldn’t take a flyer on him.

Keuchel vs LMJ rematch on Sunday at Constellation Field.