Jeremy Pena is with Estrellas de Oriente. Pena starts at short and hits 8th today against the Toros del Este.

In another thread, Rogelio Armenteros was reported to be with Gigantes del Cibao. He is currently listed at tomorrow’s starting pitcher for them versus Escogido.

And in case you were wondering, no fans allowed in stadiums.

ETA:
So in opening day action…

In contrast to LIDOM, the LMP (Liga Mexicana del Pacifico aka the Mexican winter league) shows how not to do it with regard to baseball in the time of COVID. That league opened up a month ago with fans in attendance. Isolated reports of players being quarantined began three weeks ago and quickly turned into a flood. Finally the league shut down for 11 days and is scheduled to resume Nov. 17.

Catcher Cesar Salazar is back with his hometown Hermosillo Naranjeros for a 4th straight season. The U of Arizona-ex was with Quad Cities in 2019.

Among pitchers, Lupe Chavez (QC-2019) and Jose Bravo (4 different levels-2019) are with Culiacan. Gerardo Bojorquez is with Mazatlan.

Ex-Astro Roberto Osuna has said he will play with the Jalisco Charros and apparently has a Nov. 20 target date to be activated to their roster.

Speaking of the Charros, ex-Bus Rider Japhet Amador is still chugging along and is back for his 11th season in the LMP.

I assume, since you are reporting on Martes, he is still with the Astros organization? I thought I remembered him being dealt.

In his first game action in nearly a year (after undergoing non-TJ elbow surgery), Rogelio Armenteros with 3 scoreless/hitless innings tonight while walking just 1 and whiffing 5.

RHP Hector Velazquez is also pitching in the LMP. He pitched 5 innings of 1-run ball in the season opener for Navojoa but subsequently was injured and hasn’t pitched since. A recent report said he’s getting healthy and would soon be traded to Ciudad Obregon.

Velazquez pitched in the bigs with the Red Sox in 2017-2019 and came over in a trade from the Orioles on July 29 but never made it out of the Corpus alternate site.

Martes goes to the DL with a sprained ankle…

When healthy, Urquidy has pitched during the winter with his hometown Mazatlan club but certainly not surprising the Astros wouldn’t let him pitch there in this shittiest of all winters.

The Astros apparently also denied permission to Humberto Castellanos to join his hometown Charros de Jalisco club for whom he has pitched the last 2 winters. Evidently he’s still recovering from some sort of injury. 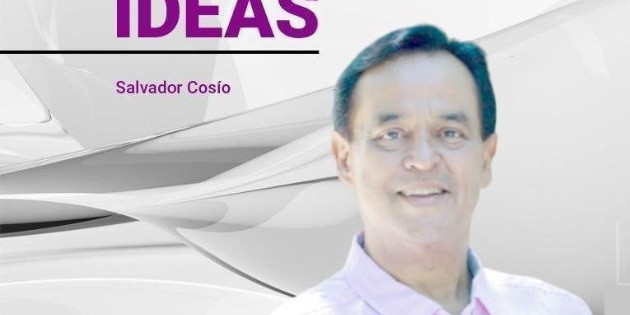 In other LMP news, Juan Pablo Lopez has joined org mates Lupe Chavez and Jose Bravo in pitching for Culiacan. 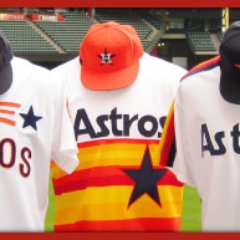 Jeremy Pena with the infield single tonight to make it an 8-gamer. He’s been batting leadoff for Estrellas the past few games after hitting 8th earlier in the season.

In other Estrellas news, RHP Ronel Blanco has joined the club. He pitched at the Corpus alternate site this past summer.

Jeremy Pena gets a mention in this writeup… 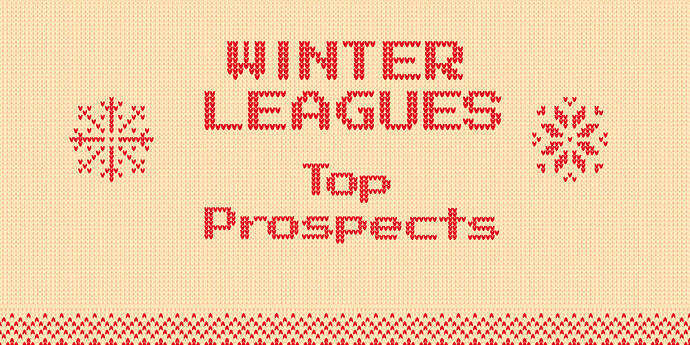 Here's how prospects are doing in winter ball

The 2020 baseball season just keeps rolling along. When we first checked in on top prospects playing internationally, games were only taking place in Mexico and the Dominican Republic. The Venezuelan winter league has since begun and play is set to...

This is becoming the Jeremy Pena thread…

10-gamer now for Jeremy Pena as he hits a leadoff homer today off Domingo German. 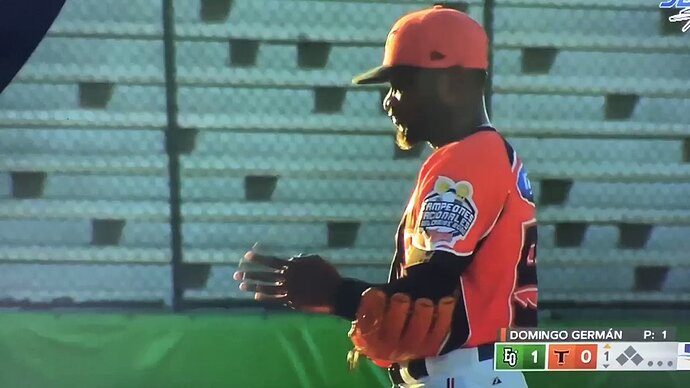 @DellaTora
Translated: Ronald Guzman in 1B, Vidal Bruján in 2B , Joe Dunand in 3B and Jeremy Peña in SS have put on a tremendous defensive show in the Dominican League this year. Others have stood out, but that little group is out of the ordinary. https://t.co/I6VCb3Ex5o 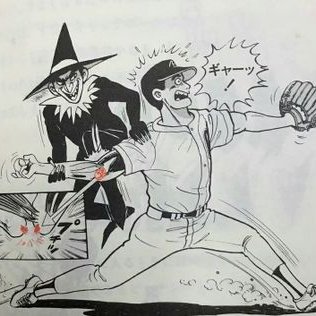 @longenhagen
Between Peña, Pache, and Diaz Estrellas has three of the best defensive prospects in all of baseball, period. https://t.co/arUQNuvJLB

(Longenhagen covers prospects for Fangraphs if you weren’t aware)

@DellaTora
Quadrangular numero tres on the season for Jeremy Pena and second home run in as many nights. https://t.co/wQpXKUFhBi 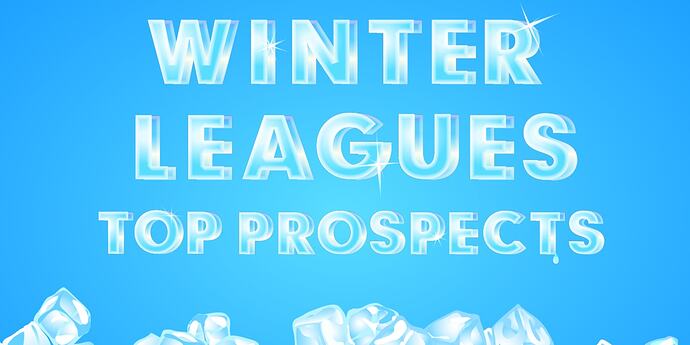 Here's how prospects are doing in winter ball

The start of the winter leagues in both Venezuela and Puerto Rico means that even more prospects have begun their offseason campaigns since MLB Pipeline’s last winter leagues update, which focused on prospects playing in either Mexico or the... 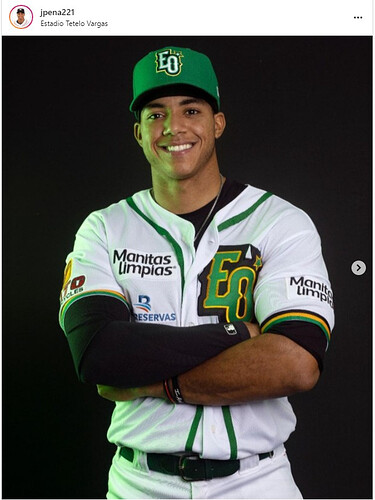 I’ve long believed that baseball uniforms here in the US were headed in the direction of being completely plastered in sponsor logos as you’ve long seen in many of the foreign leagues. And I don’t mean just a single logo of the uniform manufacturer or whatever. I mean tooooootally saturated. I can see it first happening in the minors particularly given the recent MLB takeover as they try and wring every single penny from potential advertisers.

I hope you are wrong about the uniforms. This is one category I appreciate what the NYYs have done in preserving uniform integrity.