Verlander Re-Signing: Will He or Won't He?

Justin Verlander: 'I'd be lying if I said I didn't think about' returning to...

Justin Verlander has pitched for the Houston Astros since 2017, but he isn't ruling out a reunion with the Detroit Tigers before retirement.

“I’d be lying if I said I didn’t think about it,” Verlander told the Free Press, after [breaking down his 2011 MVP season]. “Yeah, of course. I loved playing there. I love the city. I love the fans. Yes, I do think about it. Ultimately, the decision comes down to what’s best for my career. If that aligns with that possibility, then maybe it does.”

I very much doubt the Astros will make the best offer that JV receives.

Maybe it will come down to money, but I am not sure why it should. His sentimental attachment to Detroit is obvious, and he has a moral obligation to Houston (he said something near this) because his injury meant Houston got only six innings for its two-year financial commitment to him. He should be choosing between these two teams assuming he is healthy and can pitch and assuming both teams want him back. His thinking about “what’s best for my career” at his age and especially at his level of accomplishments is a bit much for me to swallow.

This should be his valedictory team and signing. Playing out the string until he can no longer get hitters out is Willie Maysesque.

This is only my opinion of course, which means shit I know, but my feelings on resigning Verlander have changed somewhat. I’d make the qualifying offer but don’t think I’d pay him much more than that. I understand he’s super human, but he will also be entering his age 39 season next year, coming off of Tommy John and the league’s new crack down on foreign substances. What are the odds he will be the same pitcher physically? How much was he benefiting from the foreign substances? How much money are we willing to throw at him? I just think, for me, with McCullers, Odorizzi, Urquidy, Javier and Garcia (and who knows about Grienke) who you could line up as a better than average rotation, I’m not paying Verlander anywhere near what he was making. I’d like to have him around for sure, but not for much more than the QO.

But that’s just me. I think I’d rather spend the money elsewhere…perhaps on CC.

“Perhaps” on CC? I’d be looking under the couch cushions for money to contribute to the keep CC cause. And if the Astros make CC a great, competitive offer and he bolts for a few million more…fuck him.

I think I’d rather spend the money elsewhere…perhaps on CC.

“I think I’d rather try another dish… perhaps filet mignon”

One man’s opinion re Verlander and the QO…

Where he plays next year? It’s hard to say, but you can bet the Astros will give him a qualifying offer. 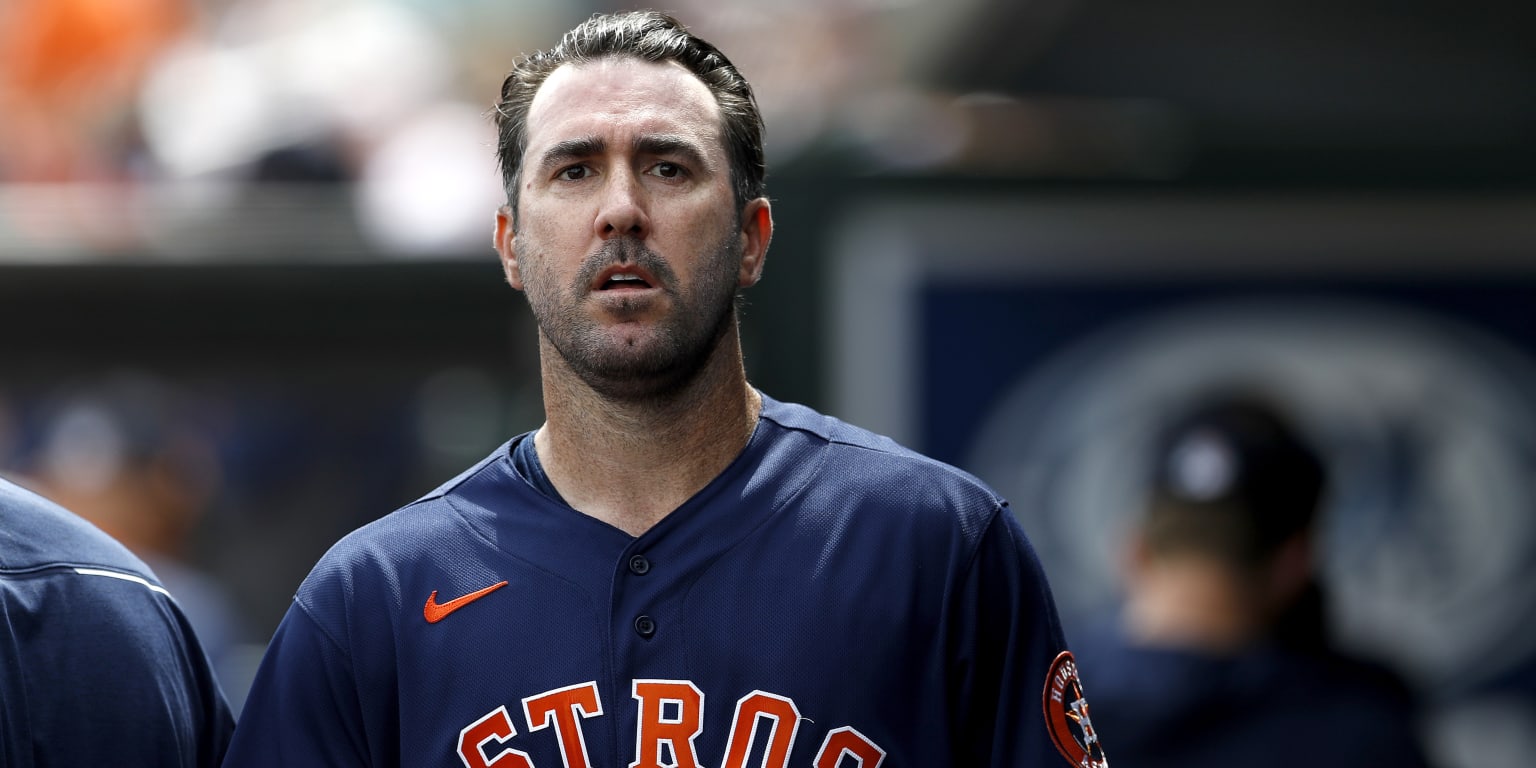 I think the QO is the best option for all parties

No one year contract is tragically bad.

W/O the QO: the best he could realistically get is a 2yr deal for about 30mil and a 15mil option on year 3. IMHO that is very generous. Maybe unrealistic but definitely the max. He makes 45M in 3 yrs.

Astros will almost certainly make a QO. They need the draft pick.

The question is will JV pull a Reddick and accept it? Unlikely, but not impossible.

He might accept, but there’s a lot of money coming off the books this year and a $19M flier on JV would be a fine way to spend some of it. If they don’t make a QO it will almost certainly be because they don’t like his elbow prognosis.

Plus wiith JV I doubt the those in the market will sit on their hands until the pick is off the table like they did with Keuchel.

The question is will JV pull a Rasmus and accept it? Unlikely, but not impossible.

Fixed it for you

Taylor adds to the dick stepping.

JV worked out for 15 teams today. The article said he touched 97. That is better than he did in 2019 Game Six.

If JV signs elsewhere I will have lost absolutely all respect for him, as a player and a person. I’m sure he couldn’t give two shits what I think though.

Predictably, people are reacting to this news with a chorus of “then was he fucking ready a week ago?”

We would certainly know that his talk about needing to make up for missing all of his two year contract was bullshit.

So last week he was unable to help the team paying him an obscene salary win a Workd Series, but today he’s ready to “showcase” how he’s ready to sign a fat contract with another team. I will reserve judgement for now. But yeah…

We would certainly know that his talk about needing to make up for missing all of his two year contract was bullshit.

I’m also trying to reserve judgment. The team would have wanted him to do some rehab appearances before putting him in competitive games. And being ready for a half-hour showcase isn’t the same as being ready for a World Series. And I’m sure he’d want nothing more than to return a hero on the biggest stage possible. But it’s hard not to look sideways at this, especially after his teammates made their feelings clear earlier in the postseason.