My guess is that it just says that the other guys are accustomed to the 6-man rotation and they want to keep it that way to make sure everybody is rested for the postseason. I don’t think it necessarily says anything about JV.

I thought it might have to do with keeping Brown stretched out. Which then leads to the question for what purpose?

Clearly the intent was to use him out of the pen as evidenced by him warming up last night. What changed between yesterday and today?

What changed between yesterday and today?

Their minds. The Astros appeared to have changed their minds. Why? I guess we’ll have to wait and see.

Why? I guess we’ll have to wait and see.

Where’s the fun in that? Baseless speculation any day

ETA:
To wit, JV reported to be playing catch from 60 feet today so hopefully he’s on track to return in a couple of weeks.

Interesting that all three pitched for the Astros… 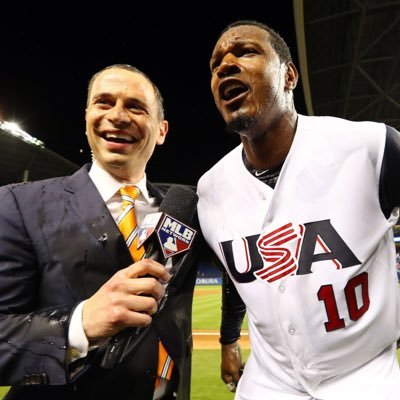 @jonmorosi
Great night for @waynestbaseball. Hunter Brown is the third @waynestate alum to reach @MLB -- and third to pitch for the @Astros, joining Doug Konieczny and @AnthonyBass52. twitter.com/PitchingNinja/… 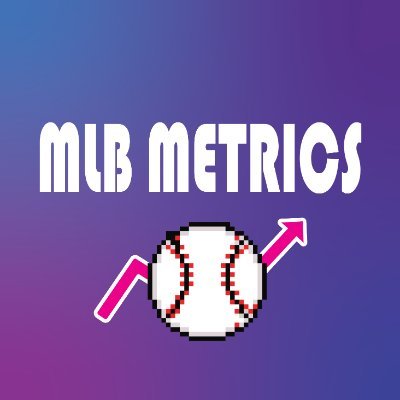 @MLBMetrics
Hunter Brown threw a 95.7 MPH slider on his third pitch in the big leagues. The only pitcher to throw a slider harder than that this season is Jacob DeGrom.
austro (Mark) September 6, 2022, 8:10pm #128

I learned about the three Wayne Staters last night. My brother’s stepson is a student at Wayne State, so I’ve been conversing with them about Brown, and last night they wondered how many MLB players Wayne State had produced. So I went digging, and I was kind of surprised when I saw the list. Hey, I recognize those names!

And that 12.97 K/9 on the season ranks Abreu 5th among all MLB relievers behind only Edwin Diaz, Andres Munoz, Devin Williams and Ryan Helsley (minimum 50 innings).

How did they get them both to pitch at the same time like that?

Come on, they’re on opposite ends of the rubber, it can’t be that hard. 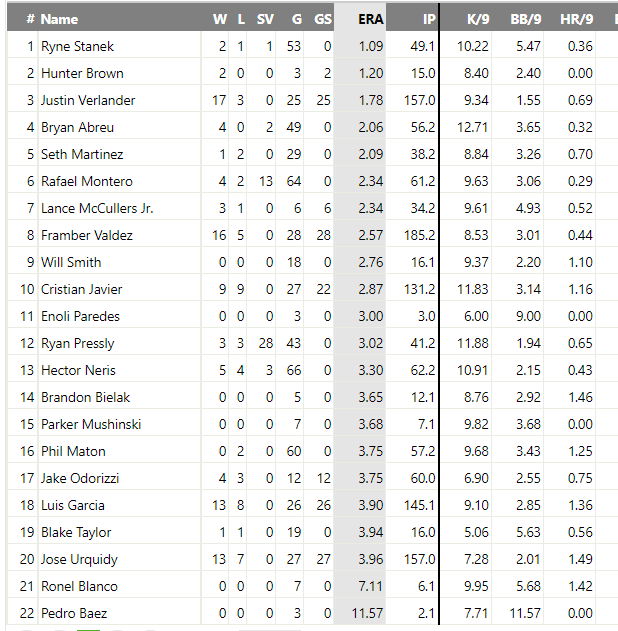 Remarkable. Just wow. I wonder what the Dodgers look like this year.

Remarkable. Just wow. I wonder what the Dodgers look like this year.

Pretty amazing. The Astros give this up at the deadline: 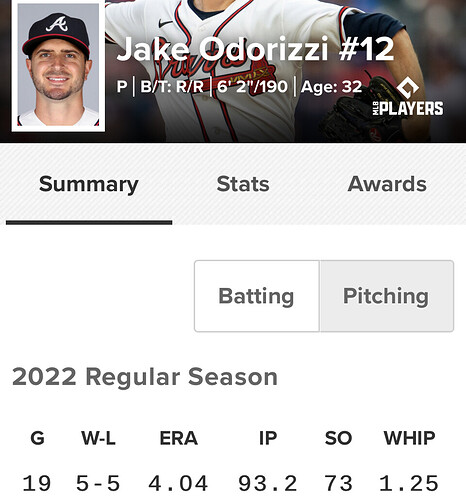 …and are left with these dregs to struggle through the rest of the season with: 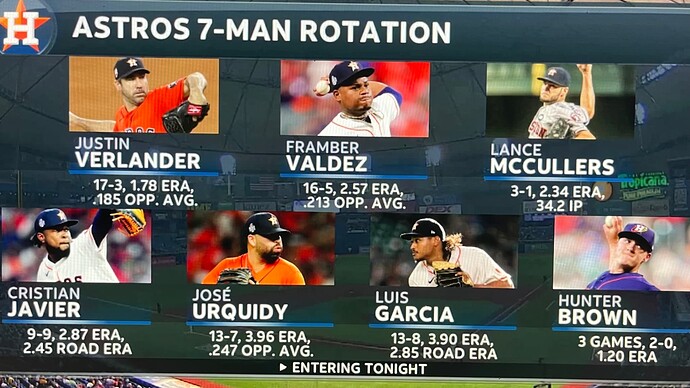 4th starter in playoffs over Urquidy?

Javier is in front of Urquidy performance wise.

The only question is if they’ll use him in a tandem role with LMJ (or Urquidy).

Personally, I would tandem LMJ and Javier.

Otherwise, even though Javier is performing better, I think he transitions to the pen much better than Urquidy, so I would start Urquidy.

Does the fact that Urquidy is 3-0 with a 1.45 ERA in WS play have any bearing on the post season rotation?