If Baker giving Correa a final curtain call doesn’t tell the tale, I do not know what does.

I think it very possible to replace Correa’s on-field play.

But replacing him at the heart of this team is impossible.

I see Correa and I think Jeter. The Captain.

CC may well have already chosen to close this chapter. But both he and the Astros will be
worse for letting the marriage end. My final offer: 8 years - $240 million. $66 million comes
off the books at the end of this season. Uncle Mike and La Pina remove another $25 after next
season.

Tucker, Bregman, Alvarez, Altuve, Meyers, McCormick, McCullers, Garcia, Urquidy, Valdez – plenty of window open for the next five years. Bring back the Captain. Run it back the right way.

Baker subbed for him in the top of the 9th, which is fairly common for stars who may be at the end. Instead of trotting into the dugout while acknowledging and thanking the fans, Correa turned the nice gesture into a high drama curtain call by his stroll around the infield hugging everyone within reach. At least he did not make a tour around the outfield. The game had to stop for him, and when it resumed, the As said “take that!” to the histrionics.

We will see two questions answered after the tear-stained Academy Award finale:

The ball is in Crane’s court.

I also think it was a way for the team to show Crane they want him back.

I would consider giving Correa the 8 at $240M, but do I think that will be enough? No, I don’t. He’s gonna want Lindor type money. They are both 27. Career batting average for the two are 1 point apart. Lindor has hit a few more homers but Correa has a higher OPS by almost 20 points. Both are great defenders but Correa has the intangible edge of being a phenomenal leader on and off the field. CC will want, and probably should get, the $300M. But it won’t be from Houston. I could be wrong, but we will see.

I don’t want to see Correa leave, but at the same time, I think paying a player, any player, $300M or more is a no go for me. It’s just eats up too much of a percentage of the payroll for my liking.

I never dreamed the Astro PR would be closer to the Yanks, than TB or Oakland.

Correa is a marvelous athlete, it’s a gift to watch him, but I would just as soon let someone else try to afford him. I remember him ducking the team celebration and hogging the camera during the Game 5 walk off victory in 2017 WS, as well as other walk offs…

And we may soon wonder who will be the next “Correa”. Altuve came after Biggio. I’m looking forward to seeing who’s next.

No small irony that the wonder boy that chased big Yankee bucks, leaving the 2017 WS champs, will soon be pitching for his team’s life in the WC playoff…

I can’t fault management for not wanting to go 10 years and $300 million. If Correa truly wanted to stay in Houston, he would have worked a deal out like Altuve did. This past offseason and contract talks was all show for Correa. He’s going to be gone next season and will probably get his lofty asking price. We just need to enjoy this last postseason with him on the roster. Correa is a great leader but there is nothing you can do if he doesn’t want to remain in Houston.

I love the “not for my liking” reason to support or condemn ownership decisions. Who the fuck cares what anyone here thinks? It is not our money and not our decision.

What of Jeremy Pena? Where does he fit in?

Just because he is not willing to accept less than his market value does not mean he does not want to stay.

I understand players make millions and none of them are hurting. They all make more than I will ever see to play a game.

However he has already played 6 years in Houston while Jim Crane got the profit and benefit of him making millions of dollars less than his production earned.

He has made just about $27 million since being called up.

I will never fault a player for wanting and getting what he can.

The ball’s in your court, Crane.

Oh, please. What a lame comment. You think Pena is the solution for losing Correa? Funny.

I never said that, never even insinuated that

I think you’re the guy who said “We have depth at SS.” Pena, however good he may become, is not “depth” for losing Correa.

As a prospect for a #1 pitcher.

My opinion, that does not matter, is keep Correa.

What of Jeremy Pena? Where does he fit in?

If anyone in the room says “why should we pay Correa when we have Jeremy Pena?” that person should be fired.

I did write that, and the team will pay Correa commensurate with their best interests.

After the last couple years, it’s real hard to look at Correa and say “we’ll pay Alex $30M/yr but not you.”

Just a totally unrelated comment here. Don’t lawyers actually get paid to express their opinions about (among other things) how other people should spend their money?

Bregman will likely be our SS once Correa leaves. I don’t know much about Pena but he doesn’t have much AAA experience and wasn’t exactly tearing it up either.

That’s my thought as well. There is free agent flexibility at ss and 3b in the market, unless we send Correa a nine figure contract. That’s a choice too

As a relevant aside, there was an emotional send off for Kyle Seager in Seattle. 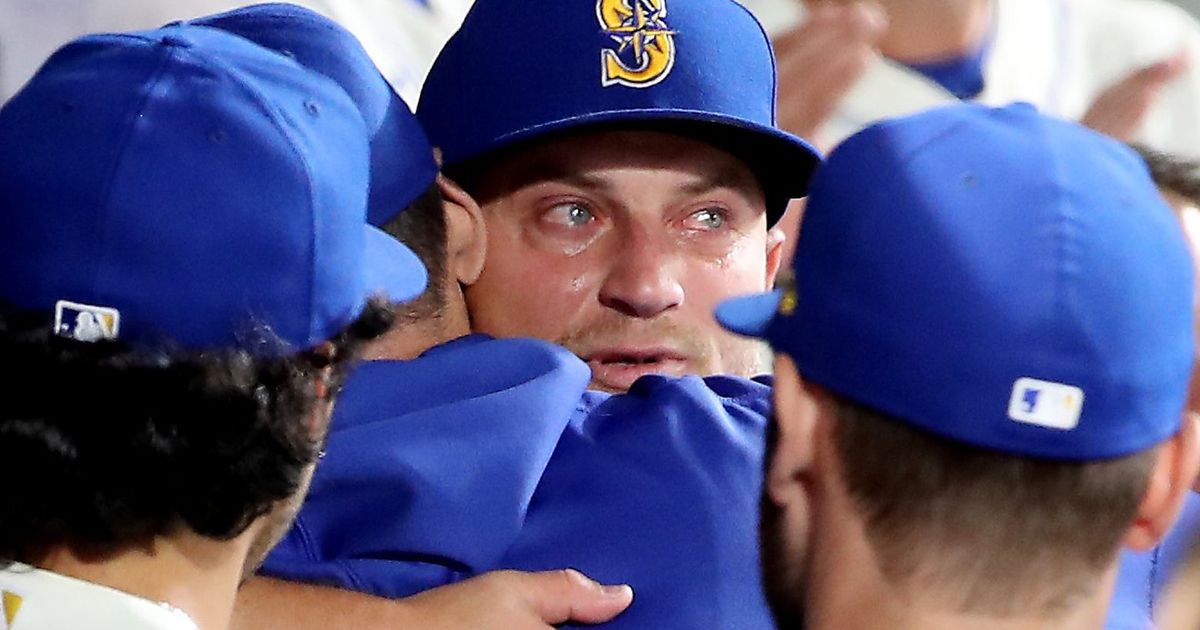 ‘It was really special’: Kyle Seager takes in the moment and crowd in likely...

As the sellout crowd rose in an ovation, the chants still going, Kyle Seager walked to the mound to hug teammates that had grown into lifelong friends.