I like what I know of the person, but I do not like the pitcher much. I thought perhaps he had turned it around, then he was injured. I hope Click can upgrade that spot either with a trade or perhaps by giving Hunter Brown a shot.

He was clearly bothered by something last night, and he showed a lot of gumption by toughing things out after the bad inning and saving the bullpen an inning or two. But he’s not a reliable pitcher right now, and the season is getting to the point where that matters.

He seems fragile or maybe I mean “it’s always something.”

He was clearly bothered by something last night, and he showed a lot of gumption by toughing things out after the bad inning and saving the bullpen an inning or two.

He had a blister on his finger. 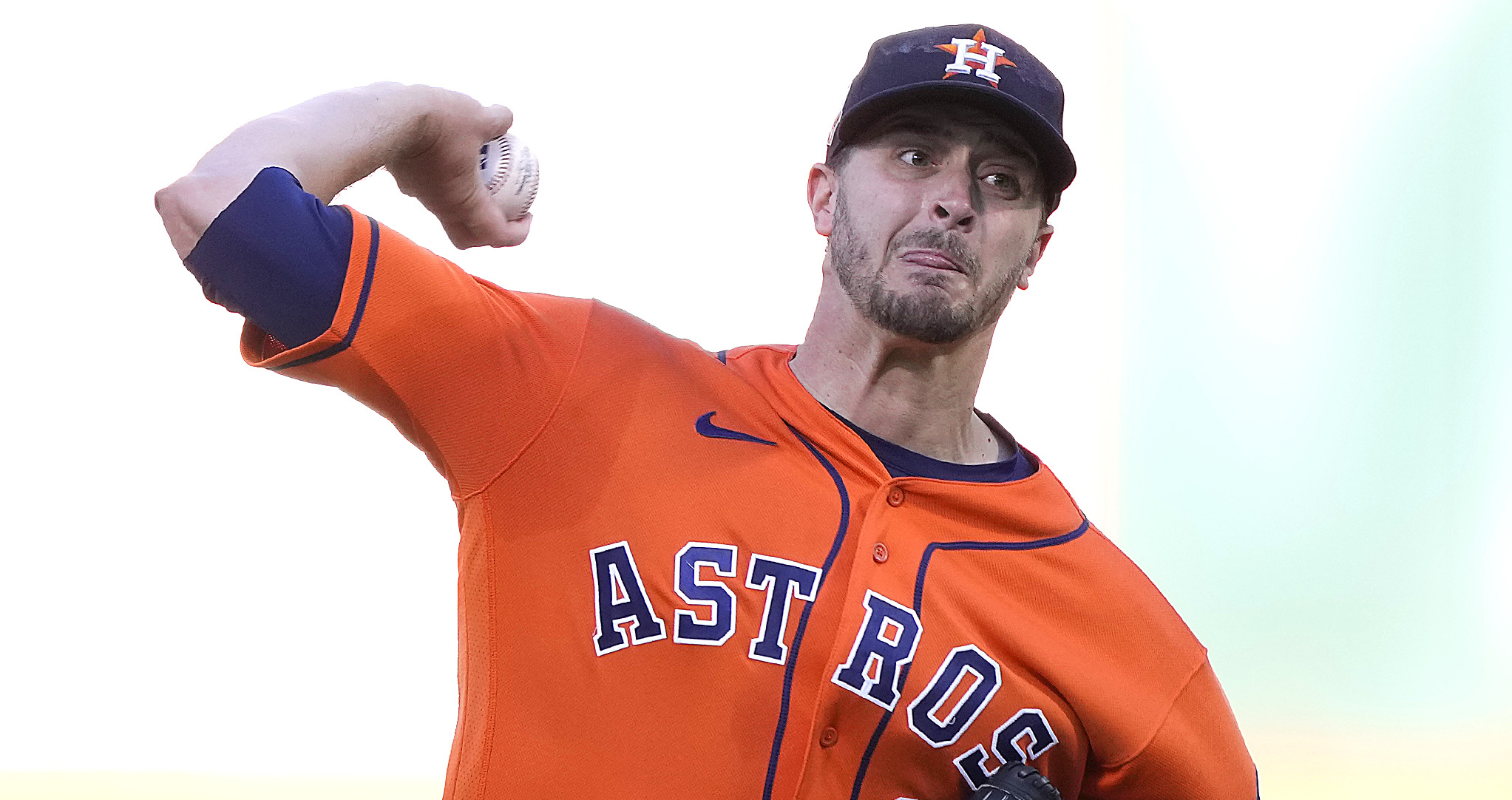 The blister impacted the finish of Jake Odorizzi’s pitches. He said his cutter suffered...

His cutter did get hit.

This team has 7 days till the trade deadline.

There is not another off day before the trade deadline.

Odorizzi’s turn will fall 7/31 vs Mariners at home.

If his blister is still an issue its moot but do they give him a start to prove his health and keep the rotation on 5 days of rest?

If he can’t go or the team removes him from the rotation for any reason:

That’s when McCullers rehab must end.

After that 6 days off in final 45 days till end of season.

I would like to see them trade him for whatever they can get.

Then bring Hunter Btown up for 3 starts in his place.

Then replace him w/ McCullers and send him back to AAA to work on what was identified from audition.

Then maybe ca can return for another start or two

Or vs TB so they have 1 less turn vs a playoff starter to view/prepare if we play them?

I just don’t think we can count on LMJ to provide starter-level innings in August.

He may tandem start with someone (Jake O) but there’s no way they’re gonna say ‘ok Lance go get us 6 strong innings’ right away.

In other words, if you need another dependable starter you’ll need to look on someone else’s roster.

I would absolutely shocked to see Odorizzi traded. Teams in contention wouldn’t trade for him for the same reason you want to trade him and teams that are not contending will not want to pay him or give up anything at all for him. We’re stuck with him unless the team does a Baez with him.

I’m not sure it would even be wise to have McCullers back as a starter. Maybe I missed where they actually said how McCullers will be used but if it were me I would be aiming for him to be a weapon out of the pen

He had 4 consecutive starts earlier this year of 5+ ip with less than a baserunner per inning and 1 or fewer ER.

If the Astros are not asking too much a team with a desperate need for veteran SP like St Louis or Toronto could take a flyer on him.

The possibility of him improving their rotation is worth a lottery ticket prospect.

But teams will pass if the Astros ask for a prospect from their top 30 or probably top 50 lists.

On most teams he’s a solid but unspectacular #4 starter.

On the Astros he’s #6 or #7 and taking innings away from better pitchers.

Would you trade for Odorizzi? I wouldn’t. All I’m saying is, don’t get your hopes up. He’s not going anywhere unless the Astros old yeller him

I agree its very unlikely.

But if I were the Blue Jays or Cardinals I would trade a lottery ticket for him in a second.

I’m not saying Odorizzi is a prize but

The Cardinals have 7 pitchers who have started 5+ games.

Jake has a better FIP and WHIP than all but 1.

Jake has better FIP than 3 of them and better WHIP than 4 of them.

And this is after last night

On both of those teams Jake is one of the 5 best starting pitchers without question.

Not the kind of move that excites fans but needed if the team expects to win.

I don’t see Jake getting traded either but I also don’t see him starting any playoff games. He’s just not a big game pitcher in my opinion. He’s fine in the rotation to finish the season, but he’s not making the playoff roster.

Its going to be interesting to see what happens.

He is clearly not one of the top 6 SP or 13 best overall pitchers on the team once/if McCullers returns.

If they don’t trade him just use him to keep the important starters fresh for the playoffs.

If they don’t trade him just use him to keep the important starters fresh for the playoffs.

I worry that that comes at the expense of wearing down the bullpen.

Whatever about last game, but pitching with a blister is terribly annoying.

Oh, I know. I was a pitcher and had more than one. Worse than annoying; it is painful.

Jake is making for some fascinating decisions over the next 3 months particularly if he maintains this pace: (1) keep/trade, (2) keep in starting rotation, (3) keep on roster come the postseason, (4) buy out his player option or let him return for 2023.

The option is his.

0% chance he takes it

Still no way he takes the option.

That makes his potential effective cost to an acquiring team $9MM (remaining $2.67MM salary for this season plus the cost of the buyout). Of course the Astros could always send cash in any deal. And if he’s not dealt the team will have an interesting decision to make this offseason. One that would have been a foregone conclusion earlier (and still might be).

I did not realize the escalators were based on 21 AND 22.

That raises his buyout and salary if he were to accept the option.

He has pitched well enough this season for that.