I wonder why we even need paper documents anymore, especially ones of such grave importance. If the documents have been printed out then they exist on a hard drive somewhere … put it on an iPad or whatever the fuck and make these old bastards read shit that way.

Like burner phones and private e-mail servers? Seriously though, I’m sure they could, but you’re relying on someone to not forward them to “stablegenius@gmail.com”

They should use recorded tapes that self destruct. Or at least use disappearing ink

This is why Mark Meadows had a fireplace.

Twitter reinstated vocal Nazi Nick Fuentes and had to suspend him again before he’d even lasted a day.

Meanwhile, Facebook is reinstating Trump to its platforms because, in its wisdom, it has decided that the threat Trump posed in 2020 has receded. I guess they don’t read Truth Social.

Seems to me that unless you want to turn every federal building into a SCIF, electronic documents (at least those of low enough clearance that a SCIF isn’t required) are still going to be susceptible to leaks. Someone could just pull out a smartphone and take pictures of the document on screen. I don’t know to what extent federal employees are allowed to have personal devices on their person while at work, but I think it was well known that while POTUS Trump used the same old smartphone he’d been using for years. They would have to crack down hard on that.

What do they have on him? @TristanSnell
What did they say to Matt Gaetz to get him to change his vote? https://t.co/ol09eouftS

Got to be serious to make this preening blowhard squirm and shrink like that.

Speaking of preening blowhards, George Santos continues to unravel at a rapid pace. He his campaign treasurer quit and he tried to hire a guy named Richard Datwyler as a replacement. Datwyler told him to shove it. Yeah, and…

Santos filed an updated campaign finance disclosure this week, and there were some interesting things to note:

Datwyler has come out swinging, saying that he has nothing to do with Santos and never even saw, let alone signed, that disclosure. Forging signatures is nothing new to Santos, but it is a federal crime in this case. As is accepting donations far in excess of federal campaign finance limits.

I have no idea what, if any, crimes are involved in the name change, but something else happened - or didn’t happen - this week. As is tradition, President Biden invited all the freshman Congressmen to to White House. As is required of everyone visiting the West Wing, invitees had to provide the Secret Service with their full name, date of birth and SSN in order to undergo a background check. Santos failed to provide the required information and simply did not show up for the event.

I’ll say it again: someone needs to check this fucker’s birth certificate.

Also yesterday, Kevin McCarthy gave yet another solid endorsement of Santos, saying that he trusts him because the people of his district who voted for him trust him.

In order to appear on the ballot, Santos had to have an FEC candidate application/ID and been approved by the New York Secretary of State’s office as being eligible for the office sought. He had to be vetted at some point. Whether he provided false information/documents is another matter.

He seems to have skirted vetting by either party in the election.

He seems to have skirted vetting by either party in the election.

Certainly by the voters. But at some point, some official elections person reviewed his submittals and said yep, you’re Constitutionally eligible for this office.

Probably the same person who gave the A-OK to Obama.

One of my favorite Obama bits is the skit he made for his final White House Correspondents Dinner, where he parodied finally getting to do normal everyday things like drive. Shows him at the DMV and they ask to see his birth certificate.

The parts with Boehner and Biden were pretty good.

BodyCam footage of Tyre Nichol’s beating death is going to be released today. The 5 cops involved were fired almost immediately after the incident and have already been charged with 2nd degree murder. By all accounts, the swiftness of action here is partly due to the nature of the footage, which is reportedly beyond horrific.

I hope that the action taken against the cops and that silence of the B(lue)LM, “why didn’t he just comply” folks is truly in response to the crime, and not because the 5 officers involved are black. 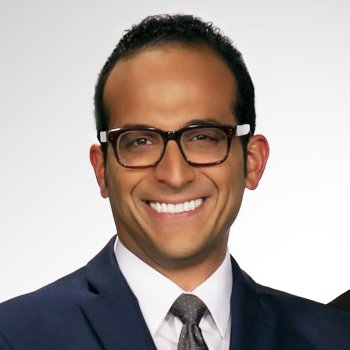 Just a reminder, many right-wing pundits and politicians tried to claim this was staged, or the result of a lovers’ tiff. Turns out it really was a MAGA nut-job brutally assaulting an old man with a hammer.

And if you want to see truly deranged MAGA cult mental gymnastics, read the comments below the video.

Drop the hammer! Nope. Okay then

We all know the whataboutism from the Blue Lives folks and just follow police orders folks will be rich.

The best/worst part of the Durham Investigation nonsense.

Barr asked the Italians to dish on what they had about election interference and they gave him everything they had - which was a bunch of evidence of Trump colluding with Russia. Accordingly, Durham was required to investigate those issues too, so he ended up investigating Trump (not very thoroughly, I’m sure) because there wasn’t anything to the contrary to look into.

Durham ended up bringing charges against only two random defendants, and lost both trials when juries acquitted the defendants at eyeball-melting speed. Now the House GOP wants to have a do-over of the whole investigation, but in public. I’m not convinced it’s going to be the home run they think it is.