The college basketball season starts tonight with most of the major teams playing the traditional first game tomato cans. For the Big XII the tomato can matchups are as follows:

Baylor vs Mississippi Valley State
West Virginia vs Mt. St. Mary’s
Iowa St. vs IUPUI (I have no idea who that is)
Oklahoma vs Sam Houston
Kansas vs U. of Nebraska-Omaha
TCU vs Arkansas Pine Bluff
Oklahoma State vs UT Arlington
Kansas State vs UT Rio Grande Valley
UT vs UTEP
Texas Tech vs Northwestern State (not sure what state)

We’re off and running!

UT offense has a bit of work to do if the 1st half against UTEP is any indication. Pretty disjointed so far.

UTEP is not really a tomato can, so they can put up a pretty good fight.

Northwestern State is the Southland Conference school out of Natchitoches.

IUPUI is Indiana U - Purdue U @ Indianapolis. I’ve seen several baseball players drafted out of there over the years. I believe they’re Horizon League.

#3 UH dominated tonight. Their defense and hustle is an absolute joy to watch.

#3 UH dominated tonight. Their defense and hustle is an absolute joy to watch.

The Big XII is already one of, if not the strongest basketball conference in the country. Only a Tech overtime loss in the championship game prevented three consecutive Big XII National Champs. When UH joins it gets even stronger. There’s serious talk of Gonzaga joining the conference in basketball. Holy moly, what a league that would be.

I was at the game. There was a stretch during which UTEP seemingly could not miss, and they cut the lead to 8. UT had a late run which bumped it back up.

Nice to have Mark and Sasser back. Walker is pretty good.

What’s the preferred parking strategy for Moody? I haven’t attended an event yet.

There is a website apparently to buy parking for each game. I have season tickets and bought parking for the entire season. Both of those options put you in the East Campus Garage next to Disch-Falk east of IH 35. After that, you have to look for somewhere to park. I do not know if you can pay to go into the Trinity Garage.

I do not know if you can pay to go into the Trinity Garage.

For non-basketball events, the parking options listed on Moody’s web site are close but pricey ($40 for Manor, $30 for Trinity). SpotHero has a few cheaper options ($10-15) if you don’t mind walking a bit further.

Nice to have Mark and Sasser back. Walker is pretty good.

Loved Sampson’s answer about Walker only shooting 3/14 last night. Tells you everything you need to know about the culture. 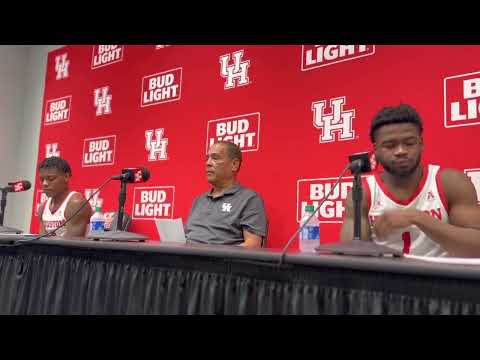 Big12 hoops is gonna be fun.

Are there tables involved?

Six Texas schools in the AP top 25 this week. TCU suffered a bad loss last night, so there might only be 5 next week.

Big home game for the Horns tonight. Most lines favor the 11th ranked Longhorns at home over the 2nd ranked Bulldogs. Meanwhile the 3rd ranked Cougars of Houston take on the Tigers of Texas Southern in another mismatch.

Texas leads Gonzaga 47 to 37 at the half. Moody is rocking. Meanwhile the Coogs defeated TSU 83-48.