D1 baseball.com out with their preseason rankings.

Fast forward a few years and this would be an all-SEC top 5. The Horns have the top spot followed by Arkansas, Vandy, Mississippi and Ole Miss. Two additional SEC teams (LSU and Florida) show up in the top 10. Georgia and Tennessee round out the SEC contingent giving the conference 8 teams in the Top 25. 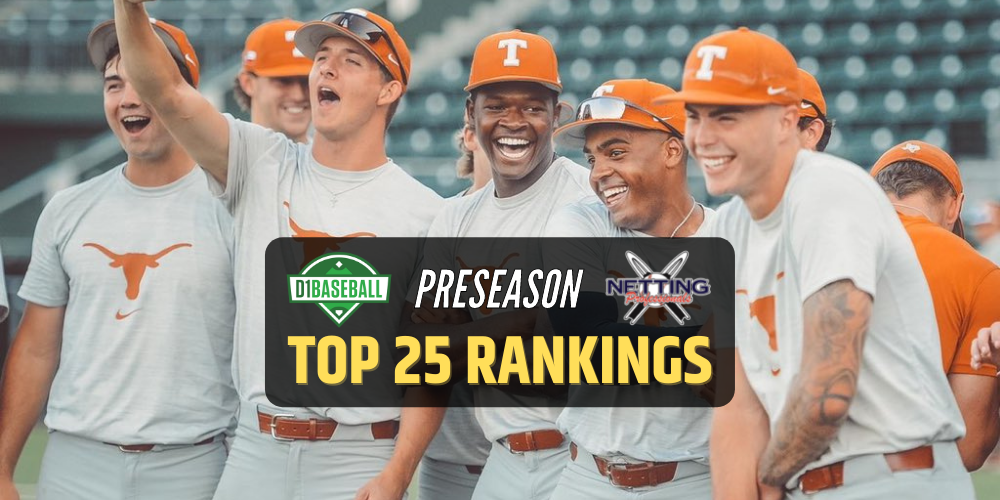 The 2022 season is almost here, and Texas headlines an exciting Preseason Top 25, which has a lot of SEC and ACC flavor as usual.

San Jac and McClennan heads up the Top 25 JUCO preseason rankings put out by PBR today. 6 Texas schools total on the list to go along with 6 Florida schools. Two schools each from Arizona, Tennessee, Iowa and Illinois.

Some old fart is coaching HBU this season… 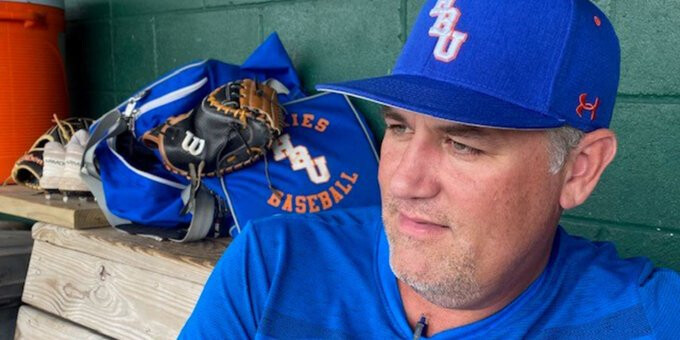 Looks like it might be a little bit of a down year for Big XII baseball with only four teams in the top 25. Of course, it’s only a nine team league for baseball so that’s almost half. These ranking will change a bit before conference play begins, but I usually expect to see OU and Baylor in that mix.

Handy guide to the 200+ regular season games to be televised this spring on ESPN, ESPN2, ESPNU, SEC network, ACC network and Longhorn network. College Baseball Back in Full Swing with 2,200+ Games Across ESPN Networks...

NCAA baseball returns for the 2022 season with a full slate of action across ESPN networks. ESPN’s expansive programming will cover more...

Jose Cruz Jr. is the new Rice coach, and the Owls open against Texas this weekend for a three-game series in Austin. Like Woodsy used to say, “Hoot, hoot, don’t pollute,” but Texas is ranked #1.

Arizona opens their season tomorrow against Kansas State in the State Farm College Baseball Showdown. Also playing in the Showdown are the land thieves from north of the Red River, Lubbock Community College, Michigan, and Auburn.

The Coogs are playing in the MLB4 tournament in Scottsdale this weekend with TCU, San Diego State and Cal also participating. The opening games of the tourney (Houston/Cal and TCU/SDSU) will be televised tomorrow on MLB Network.

Looking forward to seeing what Chip Hale can do for the BatCats.
This weekend should be an interesting series. Just hope the dirt-burglars get walloped.

Last June was a long time ago for my memory. Didn’t the UA coach leave? If so, was it to LSU and who replaced him?

That’s correct. Jay Johnson left for lsu and my alma mater hired Chip Hale to replace him. Hale is one of the best players to every come out of UA and was on the '86 National Championship team that beat free shoes university. It’s his first collegiate coaching gig, but he’s had extensive MLB coaching experience, and to Johnson’s credit, he left behind a lot of talent and a full cupboard from the CWS team last year.

I remember attending their final game in Omaha and watching them a few times in the regionals. Recall some freshman, really good hitter, did he leave or stay?

Never mind. Jacob Berry was his name. I see he went to LSU as well.

And there was quite a bit of fallout with several of his teammates on Twitter when he did.

Some SEC names of note:

Hell of a good player. Had he stayed at the UofA, BatCats may very well have been favored to win the PAC-12, not UCLA.

Texas Tech with a walk-off single to beat Michigan 7-6.