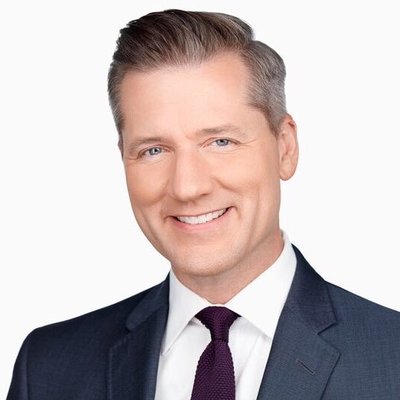 @JBristolKHOU
The @astros announce pitchers/catchers report Feb. 16 and club still doesn't have a GM. That hire could be way behind the 8-ball. How's that person supposed to hire anyone? Implement player develop. progam; get ready for draft, international, etc. It's very odd.
jnh January 12, 2023, 11:38pm #2

Organizations operate effectively without key executive and managerial positions all the time, especially when an organization has a well curated culture in place. It’s better to hire the right person rather than somebody quickly in key management positions.

So…not like any other pro sports team in town?

Organizations operate effectively without key executive and managerial positions all the time, especially when an organization has a well curated culture in place.

Just out of curiosity, when do you believe that “well curated culture” was put in place and by whom?

Good question and, if you’ve been paying attention to my infrequent comments on Astros management over the last few years, this will sound familiar. It came in with Jim Crane. Like any good executive, he co-opted good cultural components in the org that were pre-existing but the current run of excellence, and the difficult but logical work leading up to it appears to be well-reasoned, well executed, largely impervious to external forces and sustainable through massive market force risk, change of personnel at massive scale at all levels of the org all while continuing to increase the value of the product.

But doesn’t that argument completely dismiss the contributions to the culture by Luhnow and Click?

No. In my opinion, it confirms their contributions and the genius behind hiring them so that they could make those contributions specifically on and to the Astros enterprise.

In my mind (and experience) the primary value of a top level executive is measured by the culture they foster and the pipeline of talent they curate into, through (and typically out if they are doing things right) an organization. How well they do these to things are the primary determinants in how effective they are at satisfying an organizations primary objective regardless if that’s to increase shareholder value, increase the span, scope and profitability of a product or portfolio of products or, say, something like prosecuting a war.

I’ll pick on one tiny, little nuanced part of the Astros success as an example and Cranes influence there. The business of supply chain management, like Cranes trucking business, was one of the earliest adopters of deep data sciences and analytics. Every indication is that’s the differentiator that made him wildly successful in a tough, crowded market. Just like Sam Walton. It should be completely unsurprising that he would assess, target and bring in a cadre of practitioner managers and executives that understood this mindset and immediately started implementing it. At Cranes direction. Couple this with the pre-existing Astros culture of gritty, no-nonsense hard working people/players, and that’s a recipe for initial success. Add in the new cultural component of constant iteration, pivoting to marginally better outcomes, again, a hallmark of supply chain excellence, and you see a sustainment of excellence. Not by dominating an adversary but by always being just a tic or two better across a number of management domains making the overall outcome highly likely to succeed.

Again, just my observations and opinion.

Per Rosenthal the Astros have spoken to at least 3 candidates so far. They are…

Michael Hill formerly with the Marlins. His contract with Miami wasn’t renewed when it expired after 2020. He’s interviewed for several front office jobs since but wasn’t hired. Has spent last two years employed by MLB as senior VP of on-field operations.

Dana Brown currently with the Braves. He has followed Alex Anthopolus everywhere from the Expos, Nats, Jays and now the Braves. His current job title is VP of Scouting and the Braves have produced a lot of young talent lately.

Bobby Evans from the Giants, who interviewed with Houston when the Astros ultimately hired Click. He started with the Giants in 1994 and has held various titles. He was actually the GM starting in 2015 but was “reassigned” from that role at the end of 2018.

Ronsenthal alluded that there would likely be other candidates. I know nothing about these 3 other than what I’ve read, but based on that, Dana Brown intrigues me. He doesn’t have actual GM experience like Hill and Evans have, but he’s been with Anthopolus for years and he’s good. Had to have learned a lot under him and the Braves have built a strong system, which he was integral in constructing.

Atlanta seems like a great organization to poach from these days. Definitely interesting.

Brown would be a great hire. Atlanta is building something impressive and I wouldn’t be upset to bring some of that to Houston.

Don’t know much about Hill, but from what I’ve heard out here in the Bay Area, Evans isn’t highly regarded. A lot of folks believe he was a big part of why the Giants went from multiple WS titles to mediocrity.

Brown would be a great hire.

When I looked up Dana Brown’s resume I expected to see a younger guy. He turns 56 next month. You don’t normally see first-time GMs who are that old.

A teammate of Biggio at Seton Hall. Mo Vaughn and John Valentin were also on that '87 squad.

A teammate of Biggio at Seton Hall.

Interesting. Obviously I don’t know if the two have kept in touch, but to me, if I’m considering this vacancy, I’d have questions about how much autonomy I have in the position. I’d also want to know how much influence “Crane’s Crew” has over the day to day operations that typically are the GM’s purview. Since he and Biggio have a prior connection, I wonder if he reached out to Craig to get the lay of the land before the interview? If he did, it might signal he’d be more comfortable with the situational setup in Houston than some others.

I’d have questions about how much autonomy I have in the position. I’d also want to know how much influence “Crane’s Crew” has over the day to day operations that typically are the GM’s purview.

I think in this case “autonomy” means more of the GM taking potential roster moves up to Crane for approval, and less of receiving specific mandates from on high to “sign X”, “trade for Y”, or “call up Z”. From what we know, when Crane has issued such mandates they have usually panned out, but I could see how a potential GM might bristle at that.

In the long term, Crane doesn’t seem to care much for bristling GMs. I mean, maybe for a year.

Of course you are, but if I have to explain to you what I mean by that then….well, I just don’t know what else to say.