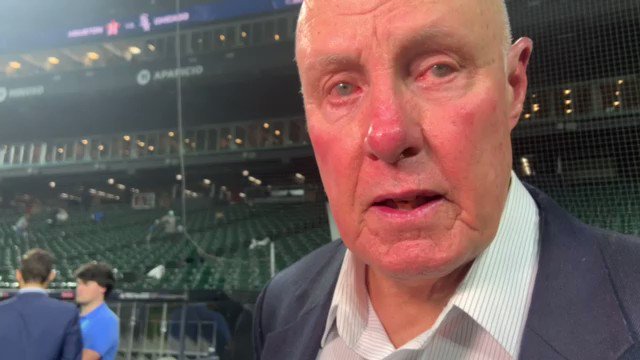 @MarkBermanFox26
Astros pitching coach Brent Strom has been considering retirement:I’ve been talking about this with my wife,Carrie,for a while.We’ll make a decision when the season ends..There’s a lot of life besides baseball I might want to experience,but haven’t made any decisions as of yet” https://t.co/tIyGY5AUr2”

I’m honestly concerned this would be the biggest blow the team could suffer, but it’s inevitable at some point.

I’m honestly concerned this would be the biggest blow the team could suffer, but it’s inevitable at some point.

Hopefully we can get past these missed matched sox’s into the the series, and he decides to stay.

Good article on what Strom & co. have done with Maton. The article kind of gets at this, but it’s cool that Houston can make improvements like this even after Maton went through Cleveland, which is also close to the forefront of pitch design.

I thought he had a chance to be the next Pressly.

I admit I lost faith in September when the adjustments were not taking hold as fast as we fans always want.

But there is no doubt he has been nails in the post season.

I look forward to watching him help the Astros win the next few years.

Cannot read it; for subscribers only it says.

Help us, Obi Strom Kenobi, you’re our only hope.

Ah, sorry. Gist is the Astros have him throwing a much sweepier slider, the kind that’s the new hot pitch for the Astros/Rays/Dodgers/etc. They’ve all but scrapped his cutter (which I guess he used to lean on much more heavily) and worked to add some “rise” to his 4-seamer that’ll make him deadlier up in the zone if the trend continues. Cleveland started him down the high-fastball path last year and Strom, in classic form, is only accelerating that change.

All that is probably apparent to those with better eyes than mine, but it’s wild to see the side-by-side clips showing just how quickly the changes have worked. Here’s a tweet showing his old and new sliders: 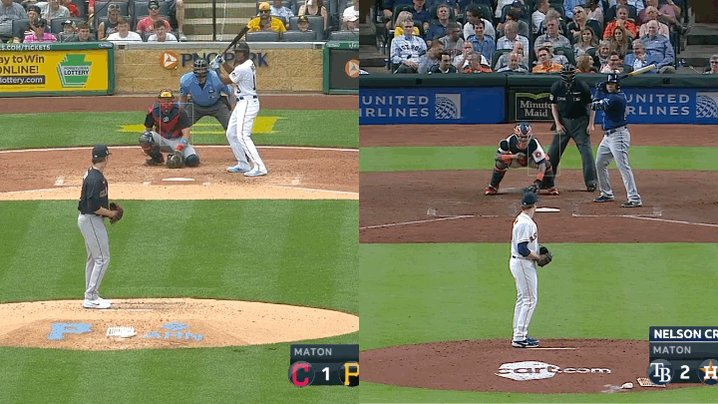 @cdgoldstein
looks like Houston also might have given him the sweeper slider (cc @enosarris). Again, really great breakdown from @briantalksbsb. https://t.co/1vBNrAH9hb https://t.co/atOY84UyQw
moriarty November 3, 2021, 4:53am #9

Not completely unexpected but this loss may be nearly as big as losing Correa. I hope he was taking someone under his wing to be his successor.

And the core is gone.

Back in February, the Astros’ bullpen coach, Josh Miller, got a title bump to “pitching coach.” And Bill Murphy, the pitching coordinator, got added to the major league staff as an “assistant pitching coach,” which was a newly-created position.

Both of those guys have spent quite a bit of time in Houston’s farm system, both as minor league coaches and as pitching coordinators. I can’t speak to their bona fides, but they should certainly know the system pretty well by now. I’d think they are both strong internal candidates and I wouldn’t be surprised if their recent promotions were at least partly a tryout for stepping into Strom’s shoes.

Some interesting comments from Strom this morning. He told Click his decision in Anaheim the last two weeks of the season, but Baker only found out from Click on Monday. The most interesting comment was he will consider any offer he gets to be a pitching coach in another organization.

Does Strom not report to Baker? Wouldn’t he tell Baker first, or at least Baker and Click at the same time?

Definitely sounds like there’s more than meets the eye: either Baker and Strom didn’t see eye to eye, and/or the org’s pitching philosophy is going in a different direction than Strom wants. There won’t be a shortage of offers for him to consider.

The video I saw gave me the impression that he wanted to get out of the way to give the two assistant pitching coaches their chance, rather than have them leave the team to get their chance. Definitely a hopeful viewpoint, would be devastating to hear that he is leaving for any negative reason related to the organization.

The most interesting comment was he will consider any offer he gets to be a pitching coach in another organization.

I take that as maybe meaning he and Baker are not on the best terms. I doubt he would have kept it from AJ

He said exactly that about the two young coaches-he does not want them to leave-but I also think there were some underlying disagreements with Baker. Click told Baker, not Strom, and not until this Monday.