Starting this thread as a general topic of discussion: what are your favorite baseball video games, past or present?

Side note, has anyone played the Super Mega Baseball series? I might grab part 2 for the PS4 or Switch.

MLB2004 was the pinnacle of baseball gamery. 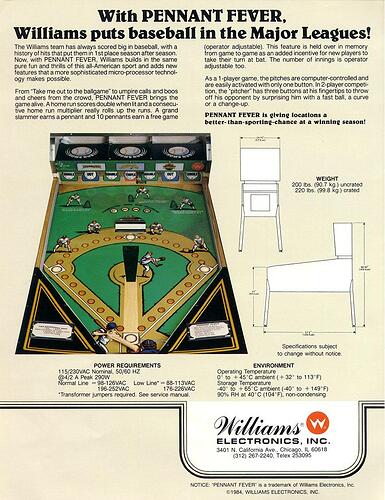 I used to go over to my neighbor’s house and watch their kids (who were generally asleep) and in exchange they would let me play their Intellivision baseball game. I played Hardball! I think on my Commodore 64.

@Col.SphinxDrummond I played a similar device at the Museé Mechanique in San Francisco many years ago. This guy dates from the 1930’s! https://museemecanique.com/static/media/detail_0019_f.fec399d3.jpg

My favorite baseball game as a kid growing up the 80’s was Baseball Stars. I remember renting it and getting into trouble because whoever had it before me had named their team “The Fuckers”.

Earl Weaver Baseball and High Heat Baseball (both on the PC).

Baseball Stars for the NES was the only baseball console game I’ve played. I never graduated from the Sega Genesis and didn’t have any baseball games for it.

Baseball Stars was awesome though! Creating players and teams was way ahead of it’s time.

I played Hardball! I think on my Commodore 64.

Ah Hardball! My brother used to fight over who got to be red and who got to blue with no real preference, other than just having something to fight over. We’ll still say to each other “I’m Red!” and the one will yell back “WELL I’M BLUE.”

It never really made any sense, and especially doesn’t now that I see it in writing, but it’s a very fond memory.

While it’s obviously not a simulation, Super Mario Baseball on Wii is quite fun to play with the kids. Shooting Bowser in the face with a turtle shell as he tries to run down my ball hit in the gap is sublime!

Usually baseball video games are pretty good with the hitting/pitching part, but fielding happens so quickly and requires a bunch of points of view it’s better to take a gamey approach. I think that’s why the nintendo-style games are more fun than the EA-style games.

I didn’t play much video games as a kid. When my son was little, we both loved Backyard Baseball on the computer. Read a great article on its creation the other day.

Not a baseball game but 20 years ago I was addicted to Microsoft Flight Simulator. I am thinking about buying the latest version. 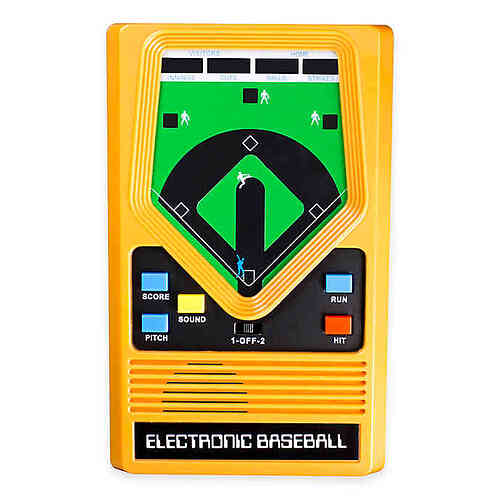 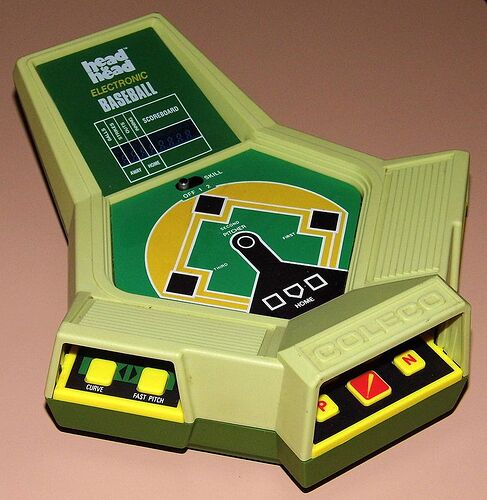 I had the first one but not the second one.

I have the new MLB The Show. It’s crazy hard to bat on anything other than the easiest settings, but maybe I’m just old. There are youtube videos of guys playing and recognizing pitches+moving their cursors immediately and hitting the swing button at just the right time regularly. It’s wild how much more realistic the gameplay (and the graphics, of course) is compared to fifteen years ago or so.

Baseball Stars. We figured out a cheat to create nearly perfect players and it worked fastest to play a game with the Lovely Ladies because they had a pitcher whose curveball you could hit your batter with every time until you mercy ruled them in the first inning. Then you’d play seasons with these teams full of heroes. Pretty amazing.

Then MLB. I agree with Mark. That MLB franchise was outstanding.

But let us not forget OOTP. Nothing better for the whole GM/owner/manager experience. Rather a lot of hours frittered away there. I recommend playing fictional universe.

And finally I am very grateful to my father for introducing me as a welp to APBA. Speaking of which StratoMatic is simulating the year as we speak. So-so results for the Astros thus far.

But let us not forget OOTP. Nothing better for the whole GM/owner/manager experience. Rather a lot of hours frittered away there. I recommend playing fictional universe.

I just came across this for the first time on Steam. Gonna wishlist it and see if it goes on sale. Looks pretty interesting.

Never heard of APBA, but it looks pretty cool. I’ll have to check that out.

I just came across this for the first time on Steam. Gonna wishlist it and see if it goes on sale. Looks pretty interesting.

The 2020 version just dropped, so I bet older versions are on sale.