And it gets even stupider

@Joelsherman1
https://t.co/RDTj5m8cBd EXCLUSIVE: MLB is planning a radical change to their postseason perhaps by 2022, hoping to move from 5 to 7 teams in each league and -- get this -- have the teams with the best records pick their playoff opponents.
TomServo February 10, 2020, 11:04pm #2

Eventually they will cause me to stop watching or caring.

I never thought I’d live to see a worse commissioner than Bud Selig, but here we are.

I miss the peerless leadership of Bowie Kuhn

It’s like Manfred is actively trying to drive me away.

These are weird and bewildering times. SMH.

It’s like Manfred is actively trying to drive me away.

I am nearly gone.

Fucking hell. This has got to be the absolute dumbest idea I have ever read. I feel like my IQ dropped by about 30 points. Leave shit the fuck alone, you meddling needle dick fuck.

He looked the part of a commissioner; the stern look gave it away

I think you have to rewards teams for trying to win (as opposed to tanking) more than is currently done given the relatively small field of playoff teams. And getting three games at home against a team you choose to play seems as good a way as any to bring two more teams into the playoff field without invalidating the regular season. In all, it will discourage tanking, bring more fans into the playoffs excitement and increase revenues, all good things. The real issue for MLB is the competitive need to go back to the 154-game schedule, something the owners will never agree to.

My traditional baseball sensibilities were aghast at the Astros moving to a league with the DL. Not sure I can take this ramped up abomination. 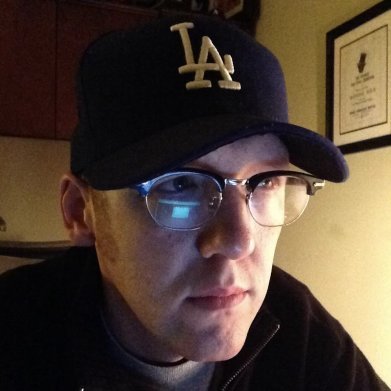 In all, it will discourage tanking

It could also just as easily have the opposite effect. If it’s easier to get into the postseason, why spend $200 million on payroll when a $100 million could make you a shoo-in? You may have a handful teams each year competing for those lucrative top seeds, but by the trade deadline half of them will have no realistic chance at winning the top seed. With less of an incentive, teams slated to make the postseason could become sellers at the deadline.

All this proposal will encourage is egregious mediocrity.

All this proposal will encourage is egregious mediocrity.

I suspect egregious mediocrity is the goal. Everybody gets a ribbon.