The newest rankings are all due to come out in the next month or so. Longenhagen with his latest thoughts on Will Wagner (plus Diaz/Lee)…

Russ: Will Wagner had a very successful AFL, what are your thoughts on his future at the highest level? Also, out of Korey Lee and Yainer Diaz which one project to take over for Maldy in ’23 but mostly for ’24?

12:54 Eric A Longenhagen: I loved Wagner, dude. Think he’s a real piece, maybe a 45 FV type 3B. I tend to think Yainer’s bat gives him the edge over Lee, who has that arm but still needs to polish other aspects of his defense. Yainer played 1B in the Dominican last night and he’s no lock to stick at C so both are in a liminal space rather than slam dunk long-term answers. That they have two options is good.

Wagner is graded at 35+ FV in the current Fangraphs rankings so an upgrade to 45 would likely put him in the top 5 of Astros prospects.

And I would like to announce now that Liminal Space will be the name of my next band. 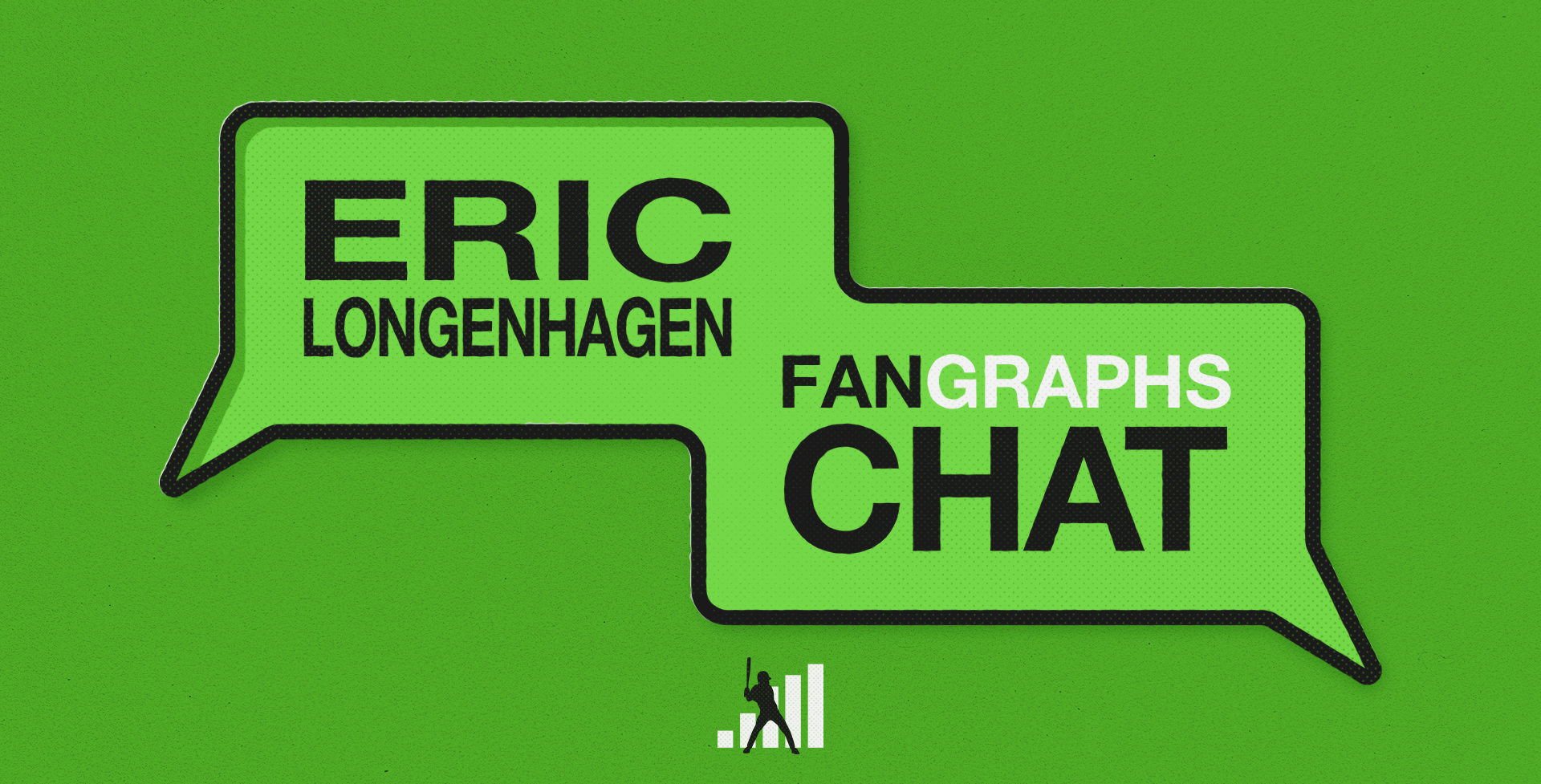 Come talk prospects with Longenhagen after a big week of international prospect content.

Fangraphs has 234 prospects with grades of 45 FV or higher. So on average about 8 per organization. Pending updates, the Astros currently only have 6 led by Hunter Brown at 50 with the rest all at 45 (Yainer Diaz, Korey Lee, Pedro Leon, Drew Gilbert and Colin Barber).

An interesting post from my " friend" about Luis Baez.

Yeah, Baez is an interesting prospect.

Astros had competition from the Dodgers and a few other teams for him.

He is a little older, so he ideally does well this year and can get on the fast track.

He is a bigger kid, and I expect his frame to continue to fill out. He has really broad shoulders and wrists, and usually that body type adds a lot of weight. He has to be like 6’3’’ to 6’4" and could add another inch or two. He has a lot of power to all fields and a plus arm with decent athleticism. I think he can still as a corner outfielder because he gets solid jumps.

Some thought he had the most power in his class, while that is possible, the “most power” doesn’t mean much to me, exit velocity and consistent contact matter at the lower levels. He has potential to be a solid all-around hitter with plus power.

I don’t like him as much as Kenni Gomez, who has a really strong ball to bat skill set and plus speed… but Baez is someone that has a lot of upside and could be a top 100 prospect in a year if he plays well.

If your ole buddy mentions trades or possible acquisitions, holler back. His stuff is interesting even if some things do not happen.

Yes, please. I’m still stuck on the Grandal idea from a couple weeks ago.

I liked that one also.

I’ll ask him about Grandel

Profile on last year’s 7th round pick AJ Blubaugh, who allowed just 52 hits with 88 Ks vs 22 BBs last spring/summer in 80.2 combined innings between college, the Cape Cod League and in his pro debut. In his last 2 appearances of the year (with the Peckers), he whiffed 16 in 10 innings with just 3 baserunners allowed (2 hits, 1 walk).

AJ Blubaugh is preparing for his first spring training as a professional pitcher. The last six months have been a whirlwind for Blubaugh.

Thanks for sharing. Really surprised not to see Colin Barber rank in there.

Thanks for sharing. Really surprised not to see Colin Barber rank in there.

Ranked at #11 it was said in the chat. Continuing concerns over his shoulder issues (among other things) holding him back.

A couple of CFers in there though. Gilbert and Leon. I’m not sure if Melton and Dirden are suited for CF.
Maybe Dirden.

A couple of CFers in there though. Gilbert and Leon. I’m not sure if Melton and Dirden are suited for CF.
Maybe Dirden.

Melton with CF potential as well (moreso than Dirden).

Three guys mentioned in the chat who will show up in the Top 30 list when it’s published and who weren’t in any of the rankings in '22–pitcher Jose Fleury, utility guy Joey Loperfido and outfielder Kenedy Corona.

Fleury pitched in the DSL last year with an incredible 60 Ks vs just 4 BBs in 38 IP.

Corona was referred to as “probably their best defensive outfielder” who made a swing change last year to add some pop. Hit .278/.362/.495 at the 'villes.

What’s Spencer Arrighetti all about? Not someone I would have guessed for a top-10 list.

What’s Spencer Arrighetti all about? Not someone I would have guessed for a top-10 list.

Fastball/slider guy with the latter his best pitch and accounted for the bulk of his 152 Ks in 106.2 IP last year. Also walked 55 though so the pen might be his ultimate destination unless he can show progress there.

Interesting notes on Miguel Ullola: (1) at 19 on opening day last year was one of the youngest pitchers in a full season league (2) his FB touches 98 and among pitchers who threw at least 700 fastballs in '22 his 48% whiff rate was the highest in the minors by nearly eight full percentage points (3) Cristian Javier comp from “some” with the org.

Just looking back a little at these lists …

So 4/9 starters on offense plus a probable backup; probably 4/5 SP; and a “just missed” on the closer. Not too bad.