I would add Taylor Jones 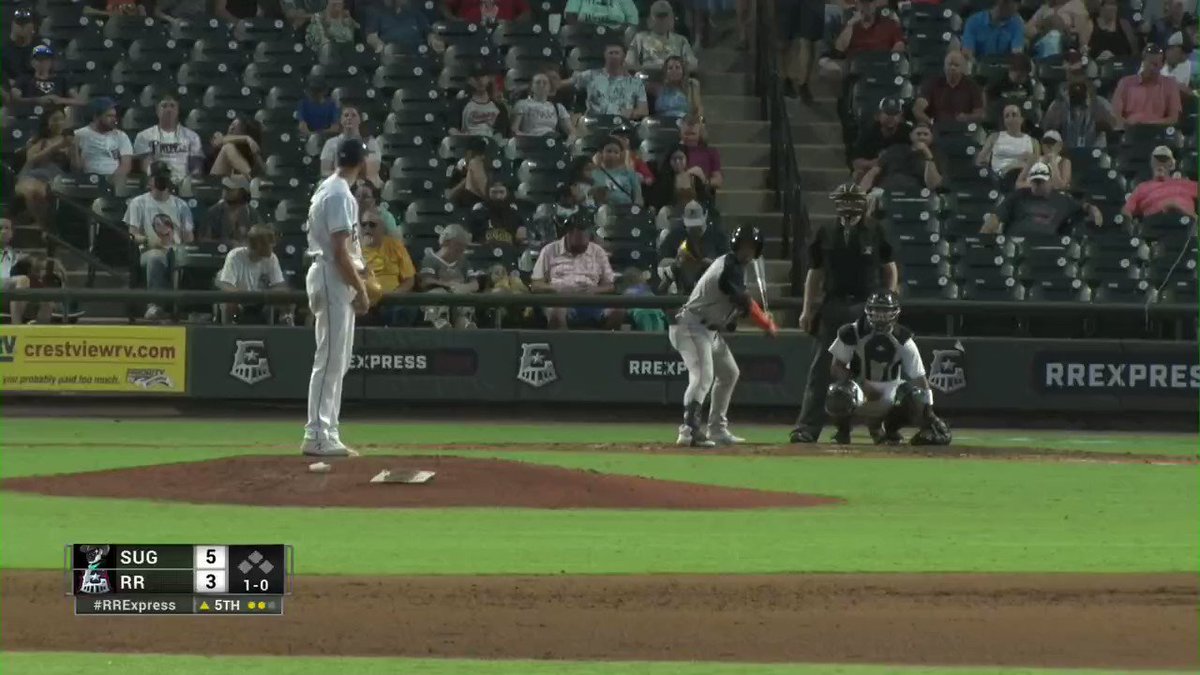 @SLSpaceCowboys
Enmanuel Valdez for the THIRD time tonight! He becomes the third player player in Sugar Land history with a three-homer game, joining Jake Meyers and Jeremy Peña. That's some pretty good company if you're asking us 🤠🚀 https://t.co/4D5uv8hQr3
austro (Mark) June 16, 2022, 4:19am #24

Valdez hit one ball over the RF bullpen, and hit another all the way over the RF berm up by the swimming pool. They were majestic.

Korey Lee seems to have a strong arm, but it didn’t seem particularly accurate. Several pitches got past him, and they weren’t all the pitchers’ fault.

Josh James came in for some work, gave up a couple of hard-hit doubles, and left with an injury of some sort.

Enoli Paredes worked an inning, gave up a hard-hit double, but was ok other than that.

I forget the name of the guy who had the 9th, but he was bringing it in the upper 90s with a 90mph slider that was fooling guys. He looked good.

I forget the name of the guy who had the 9th, but he was bringing it in the upper 90s with a 90mph slider that was fooling guys. He looked good.

Ronel Blanco. We saw him earlier this year with the daddy Astros.

Ahh, yes, thanks for the reminder.

Always appreciate your quality reports. Thanks.

Is there news anywhere on Tyler Ivey? He has been on the restricted list for a few weeks now, but I have not seen anything on why. Is he retiring? or still nursing that injury? He did not pitch all that well in limited appearances this year, but at almost 12 K per IP I would think there is still hope.

Alex McKenna has not performed well so far this year … OPS of .615 and k-rate over 35%. He has been invited to spend some time in Corpus Christi. Meanwhile, Yainer Diaz joins Sugar Land – Expect to see him a lot at 1B at least until JJ comes back down.

The move to 1B has been new this year. Played only 12 games at 1B in 2021 across 3 teams. He might be joining the race to replace Yuli at 1B next year if he keeps up the hitting.

@SLSpaceCowboys
Forrest Whitley is set to be a Space Cowboy! Come watch as the top prospect is scheduled to pitch Monday amidst all of our July 4 festivities @ConstellationEG Field. 🎟️: atmilb.com/3R1yiSc 🗞️: atmilb.com/3ywbpPE https://t.co/HF2e1gYZif 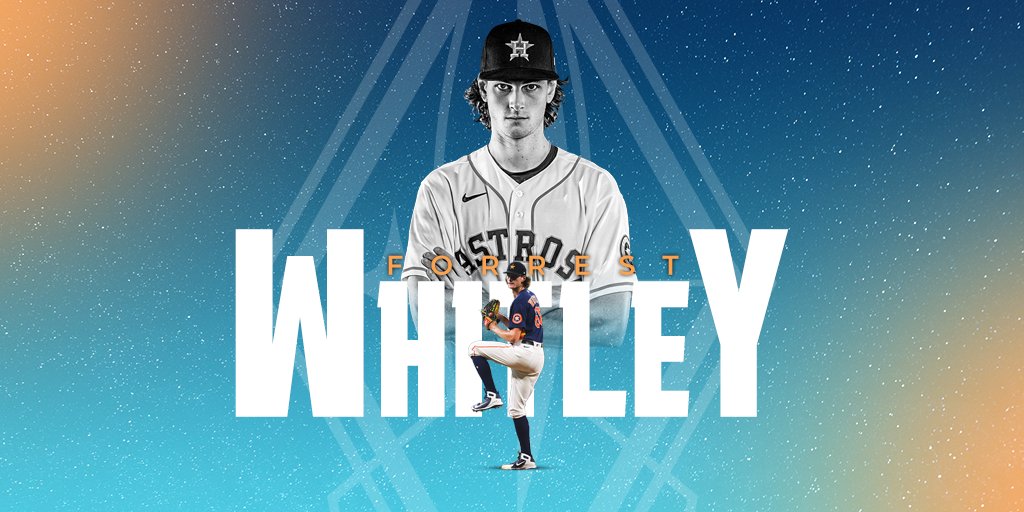 And if you still need July 4 plans: 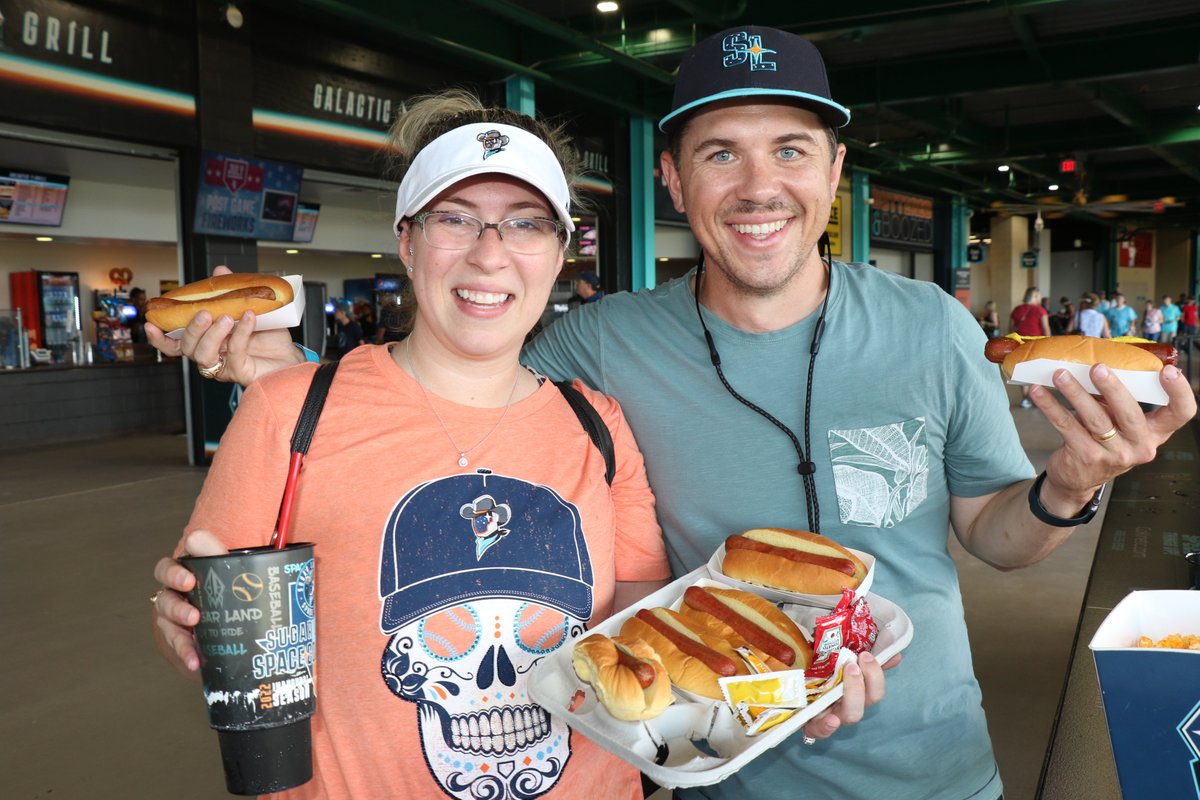 Come on, Whitley. Show us something.

At least he left it healthy.

Now we have a baseline to watch and compare his improvement.

You’d have to actually watch him pitch to do that

From what I understand his peripherals weren’t bad and his defense didn’t help him.

I’m a fan of his stuff and his perseverance.

I hope he can be a contributor on the MLB team soon.

Obviously a AAAA guy at this stage of his career but OF Lewis Brinson on a roll since the beginning of May. The former Rangers’ first round pick is hitting .315/.364/.649 over his last 40 games with 10 doubles, 2 triples and 12 homers.

And yes Jose Siri has posted gaudy numbers in the 8 games since being demoted: 12-36 with 3 doubles, 2 triples and 5 homers. But he’s also struck out 11 times and 6 of his 8 XBH (including 4 of the HRs) came in Albuquerque.

He walked 25 in his first 37.2 IP this season and at that point had walked 135 in 270 innings in his minor league career. So that is one hell of a midseason correction for the ex-Tulane and Miss St pitcher. Big pat on the back to him.

Enoli Paredes whiffed all 3 batters he faced last night in the ABQ. For the year now 51 Ks in 35 IP with a 1.29 ERA and 1.11 WHIP. Perhaps a nice throw-in a possible deadline trade? Still young, controllable and with options remaining. Would also open up a 40-man roster space for the Astros. 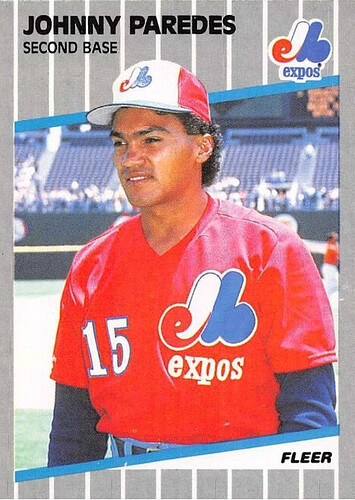 Johnny Paredes passed away in Nov. 2020 but at least got to see his son follow in his footsteps as a big leaguer.

20 years later and I still love those Expos unis.

And that included a pair of starts in Albuquerque… 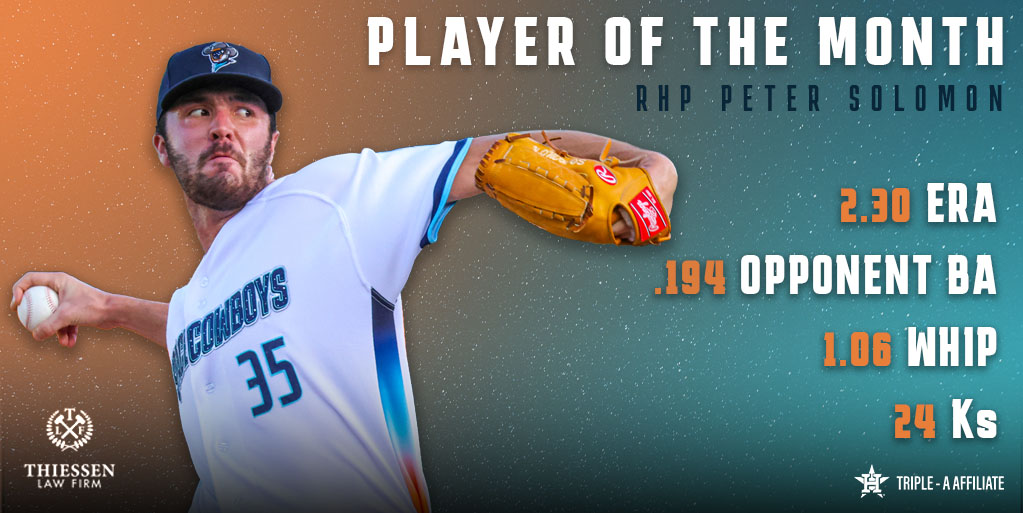