Freshmen played but on their own team, not on the varsity. The adjustment rationale could not have been it because the time away from “college life” was the same. Perhaps a thought was freshmen could not compete with varsity players, but that is absurd also.

It was always explained to me that freshmen needed time to get accustomed to classes, in particular, without the added stress of trying to play varsity. But it was always pretty thin reasoning.

Totally bogus reasoning. We practiced as long and played a full schedule. Just like the varsity did.

I’ve never given Rick Monday a second thought, but now I don’t like him

My sister and I spent the summer of 1970 in L.A. with relatives. We went to a Dodgers-Mets game and it was the first outdoor MLB game I had seen since Colt Stadium when I was too young to remember much.

Almost every evening that summer I listened to Vin Scully. I could have listened to the Angels games, but even then Vin was the best. I remember thinking I was somehow bad for thinking Scully was as good or even better than Gene Elston. I was never a Dodger fan, but always a Vin Scully fan.

Milo was Braves’ Radio, Scully was Dodgers Radio. Curt Gowdy had the call on NBC (Not Radio as I first typed) TV

Two things I always notice in that video: 1. The young Craig Sager in the in the trench coat. 2. the hug from his mom. I read one time that she was hugging him that way because of all the death threats he had received. She told him “If they are going to shoot you, they are going to have to shoot through me.” That changed the way that hug looked to me.

The game also was on TV. I thought Milo had that broadcast.

One of my coworkers/copilots was at the game as a grade-schooler.

Sucked having to watch the World Series with him last year during our trip together.
Fucking bravos.

ETA:
Was this the old in person bravos mascot, Chief Knockahomma?
Eeesh. 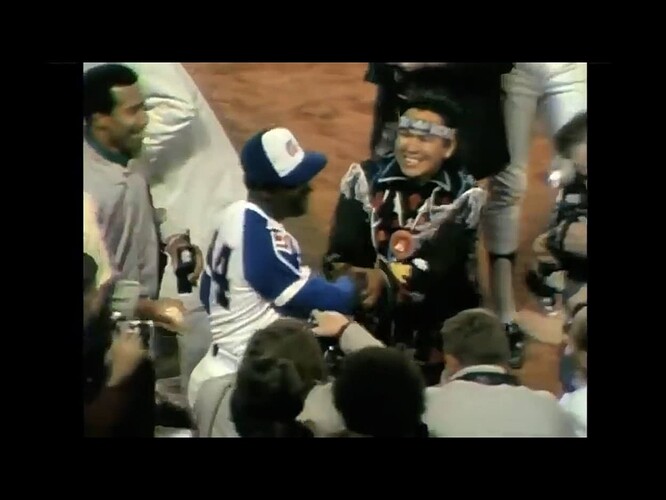 I mistyped. Gowdy was on NBC TV. It is the first baseball game I remember watching on TV.

Was this the old in person bravos mascot, Chief Knockahomma?
Eeesh.

This is what I remember most about him:

Superstitious fans blamed it (losing streaks) on the removal of the teepee (in the left field seats) but never more so than in 1982 when the Braves opened the season with 13 wins. With the team in first place and owner Ted Turner wanting to sell more seats in the middle of the summer, the teepee was taken down and the Braves lost 19 of their next 21 games and fell to second place.

Coincidence or not, Turned told team management to put the teepee back up and the Braves went on to win the National League West.

I remember the teepee thing

Outstanding.
Thanks for sharing that, Steve.

Vin Scully was the best. Period.

4 or 5 years ago (or maybe more) I signed up for MLB Extra Innings on Comcast and I absolutely loved when Dodger games were on at a normal time so I could listen to Vin Scully. Every game I watched that he called all or part of was amazing just because of him.

I spent the summer of ‘64 working at LAX, which was a summer job my Continental Airlines VP uncle arranged for me and a buddy. I listened to Scully all summer. What an absolute gem in the booth he was.

I did the same for a while…hated the Dodgers but I could listen to him call anything. I mentioned him earlier, but I was the same way with Keith Jackson and college football.

I love her voice

Speaking of helicopters in Hawaii… 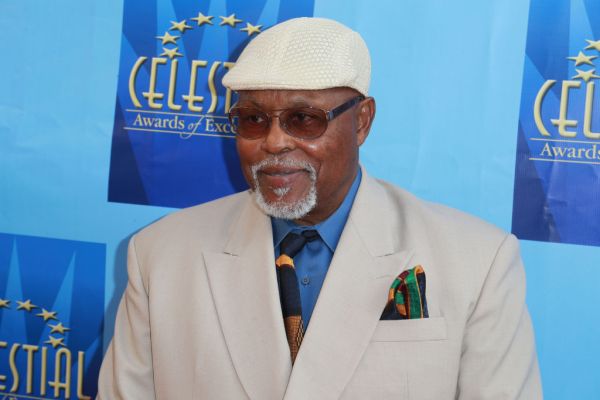 Roger E. Mosley, best known as the helicopter pilot Theodore “T.C.” Calvin in the CBS television series Magnum P.I., died early Sunday morning. No cause of death was given. Mosley was o…

Dang, hate to hear that. Was just watching an old Magnum episode. TC was great on the show.

David McCullough, an all-time favorite author/historian of mine