The Tourists will play 132 games this season versus the 120-game schedule that was played in 2021. However that’s down from the 140 games that were played by Hi-A clubs back in 2019. The north (5 teams) and south divisions (7 teams) might as well be separate leagues. I count just 18 games against north division clubs with 114 games against the south. Of those 18 games, 12 are against Aberdeen and 6 against Jersey Shore with no games against Hudson Valley, Brooklyn or Wilmington.

I guess there will still be trickle-down. After the releases this spring, Nerio Rodriguez is the only catcher on the Tourists roster.

JC Correa’s conversion to catcher evidently must be going well.

Ahhh. I had forgotten that. It may explain several things.

The Astros have some very good success moving players from one position to another. Bagwell 3b to 1B. Biggio catcher, to second, to CF. Bregman SS to 3B. Pedro Leon is getting time at SS instead of CF. They may not always work, but I like the successes.

Correa played 2B in last night’s game and got the start tonight behind the plate.

A race to the bottom by both Villes. The Tourists fall to 0-5 and have been outscored on the season 51-10.

No McCormick Field effect for him thus far: .754 OPS at home this season versus .781 on the road. OF Jordan Brewer has been plagued by injuries since the Astros drafted him in the 3rd round back in '19 and had played in just 81 games entering this season. He seemed to be healthy this season but was removed from a game on May 13 and hasn’t played since. I haven’t seen any reports on him. The roster at milb.com does not show him as being on the injured list (though milb.com can certainly be unreliable).

In related news (if you can call it that), milb.com does show an incredible number of Tourist players on the injured list – 15 with 13 of those being pitchers.

How many of those games were played in Asheville’s ridiculous ballpark? 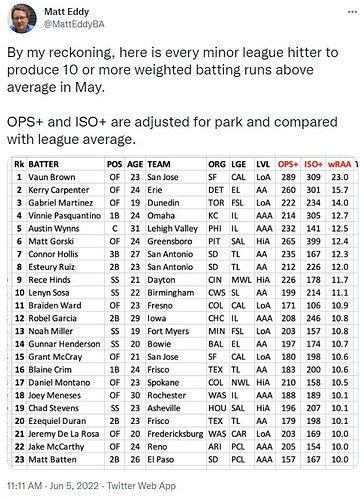 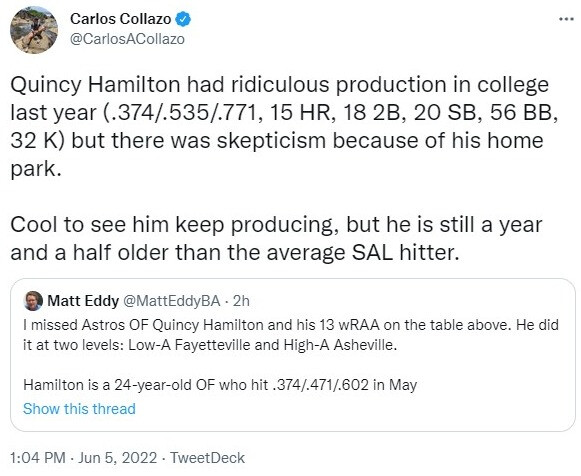 Yes he is a lefty hitter feasting at McCormick Field. And we do mean feasting. His home OPS is nearly double his road OPS (1.203 versus .627). On the other hand, he’s a year younger than the average SAL hitter so there’s that.

Rhett Kouba get promoted from the Peckers. 12th rounder last year out of DBU. In 33 professional innings, he’s whiffed 40 while walking just 7.

Those numbers include his near perfect performance tonight where he allowed just a solo homer over 6 innings while whiffing a career high 10. On the season 70 Ks in just 47 innings. Bump that man to Corpus.

Another pitcher itching for a promotion to AA…

Arrighetti and Chayce McDermott are running 2nd and 4th in the South Atlantic League in strikeouts with 71 and 70 respectively.

A guy donning the gear for the first time is gonna have some ugly numbers and JC Correa doesn’t “disappoint”–17 passed balls now in 346 innings and has only thrown out 12% of would be base stealers (7-58). Other catchers in the system with similar poor results at throwing out runners though with a lot more experience include Luke Berryhill at 12% (also 7-58) and Miguel Palma at 11% (12-106). PB strugglers include Freddy Guilamo (15 in 398 innings) and CJ Stubbs (8 in 182 innings).

@WoodpeckersNC
🚨📞Joey Loperfido (@joeyloperfido) is being called up to High-A! Joey put together a huge series this week, smacking three home runs over a two-game stretch. Over 82 games the Duke alum batted .304 with a team-high 17 doubles, plus 9 HR, 51 runs, 45 RBI and 30 stolen bases. https://t.co/Ao1kbOJxWM 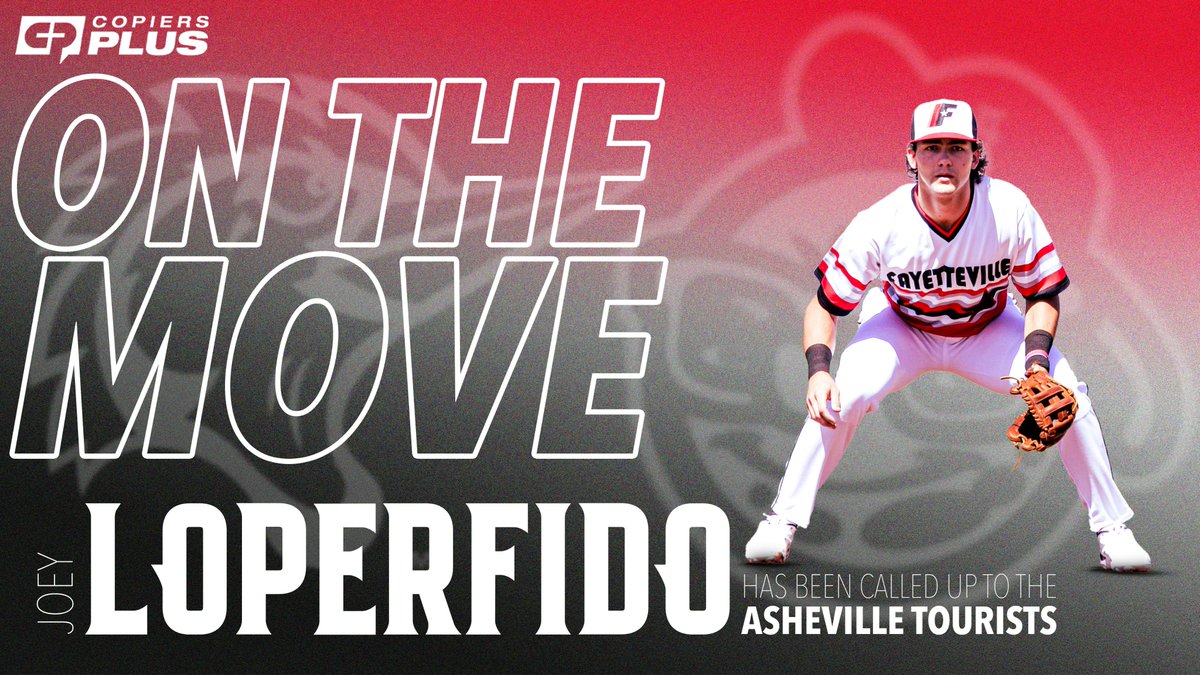 I’m going to the game tonight. Looks like the Tourists have been playing pretty well–winners of five of their last six.

ETA: Was just reading up on the top prospects (according to Fangraphs) and encountered this gem re: Matijevick: “He could, however, be an extremely dangerous bench bat, capable of altering the complexion of a game with one swing.” A peerless encapsulation of his shot against Cole in the no-hitter.