Interesting group … Schreiber missed most of the season this year due to injury, but looked to be on a fast track before. Sprinkle moved to the bullpen full time the year, and Kouba was hot and cold as a (mostly) tandem starter. Colton Gordon stands out to me as the one to watch, though.

Agree about Gordon. He’s not currently on any of the prospect lists but I think that changes over the next few months as those lists get further updates.

As far as Schreiber, the writeup by the MLB Pipeline folks notes that he missed most of this season due to having back surgery in the spring. I think that’s the first time I’ve seen disclosed the nature of his injury. I’m not sure a college guy who’s been in the system since 2018 and hasn’t gotten past AA is on the fast track to anything. 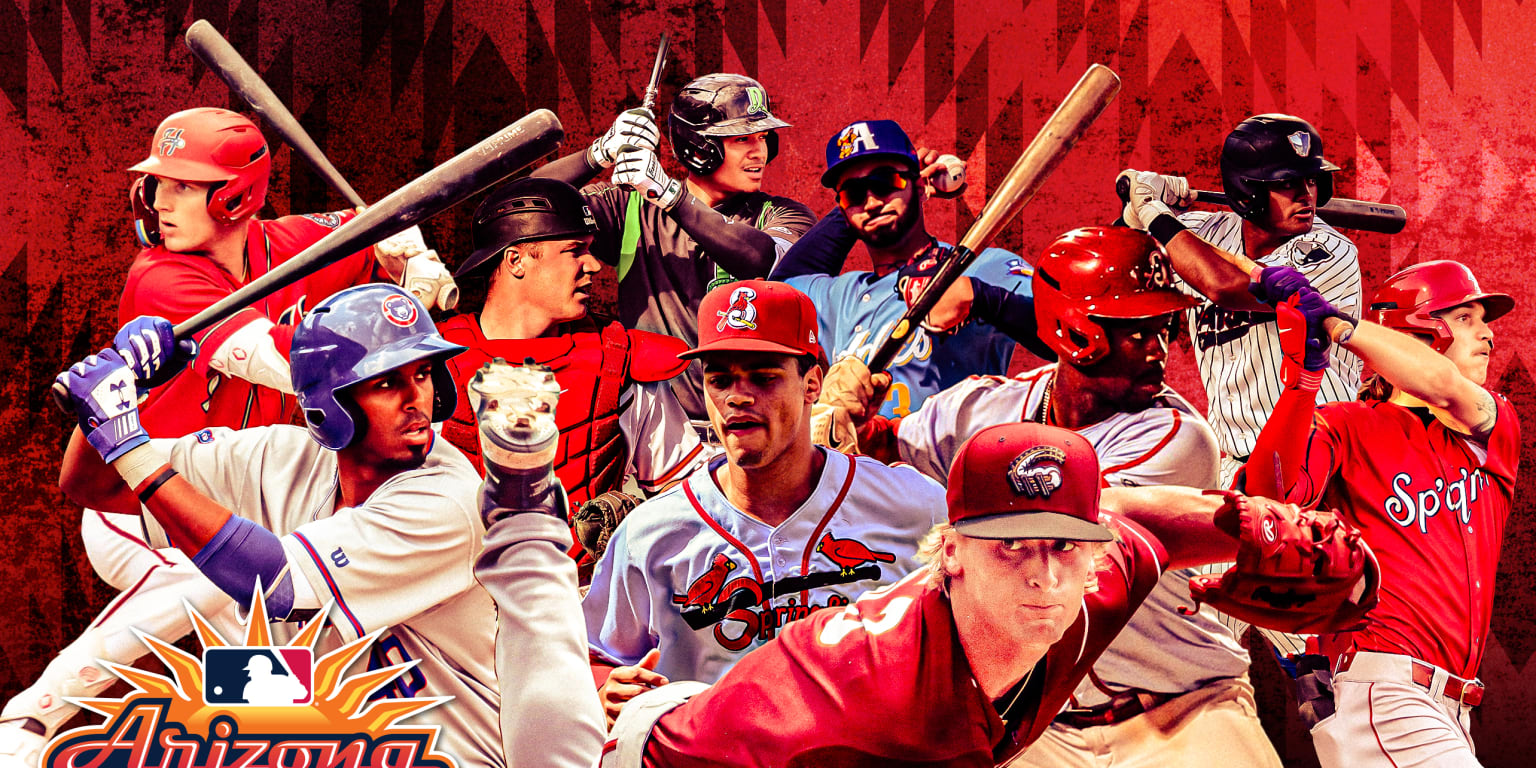 It’s about to heat up in the desert. The Arizona Fall League begins play on Oct. 3 with six weeks of prospect-filled action around the Valley of the Sun to follow. Rosters for all six teams were announced Friday and are loaded with some of the best...

Article also notes that he missed 2 weeks of AFL play with a right wrist injury. And that he struggles with offspeed pitches (which despite the progress he made at the plate this season does perhaps explain the 31% K rate). 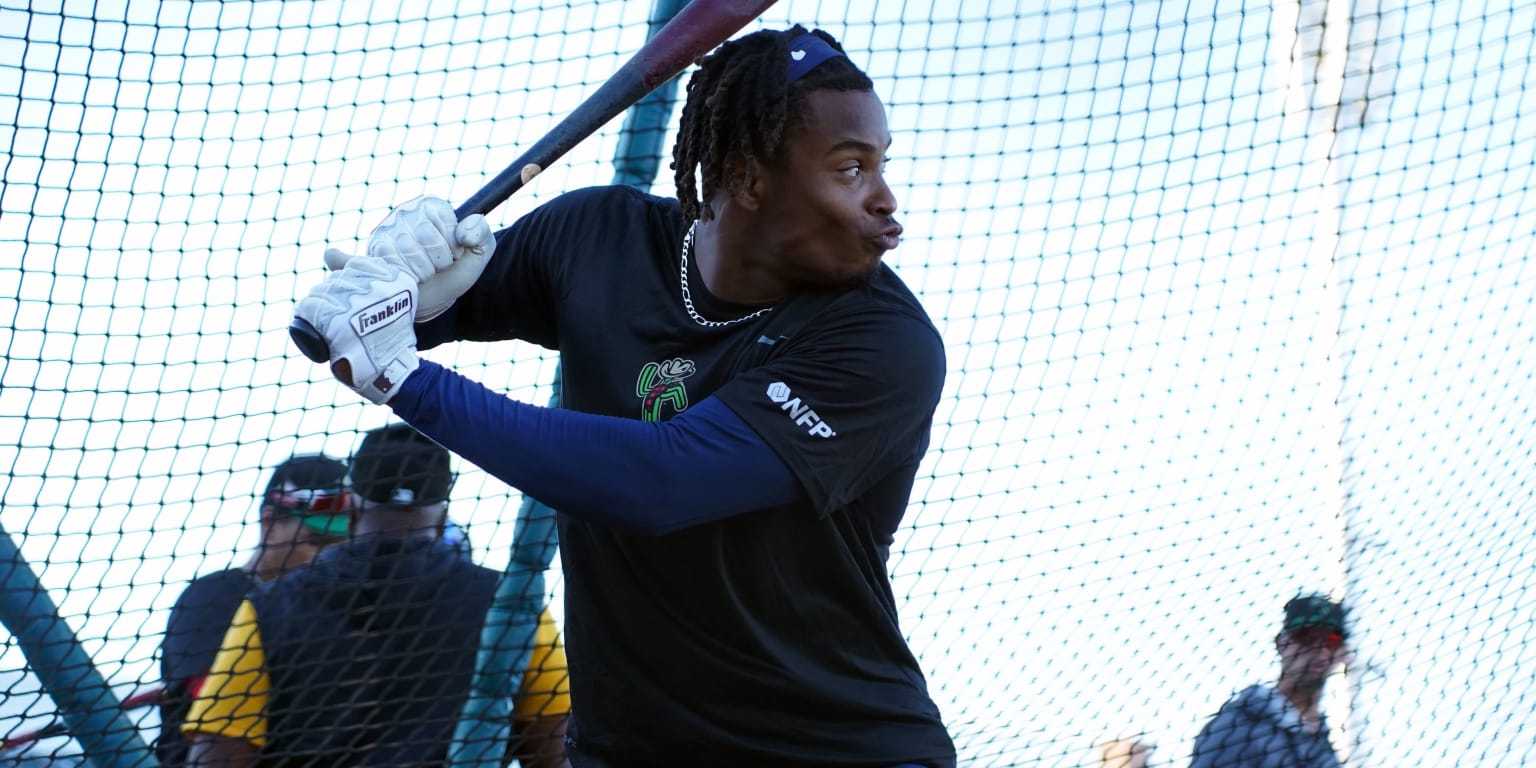 SURPRISE, Ariz. -- Zach Daniels studied a lot of Jeremy Peña in the spring. They were a pair of Astros prospects who were often part of the same hitting group, and as Peña worked to prove he was capable of winning a Major League job out of the gate,...

Daniels strikes me as Michael Rosamond 2.0 - oozing with tools, but lacking the ability to make consistent contact. Really interested to see if he can put it all together.

Matt Ruppenthal was named to the AL squad for the Fall Stars game. The former Vandy pitcher has allowed just 1 run on 2 hits in 9.1 innings while whiffing 14. He has walked 5 however which is consistent for a guy with a 4.9 BB/9 over his 5 years in the system.

Surprised Will Wagner didn’t make it. Kid’s been crushing out there in AZ.

Matt Ruppenthal was named to the AL squad for the Fall Stars game. The former Vandy pitcher has allowed just 1 run on 2 hits in 9.1 innings while whiffing 14. He has walked 5 however which is consistent for a guy with a 4.9 BB/9 over his 5 years in the system.

Pitched a scoreless inning in the game today.

Wagner is an IFer, right?

FWIW, all 13 starts in the AFL have been at 3B. But that’s almost certainly the result of Blue Jays prospect Samad Taylor being on the roster and getting most of the starts at 2B for the Saguaros.

btw Wagner was #2 on this week’s BA Hot Sheet…

You are correct (of course) – I was going on his early season at Asheville (where he played more 3B than anything else) and the AFL (where he was only playing 3B). I think I had heard/read somewhere that he was more likely to stick at 3B, but he did play mostly at 2B in Sugar Land.

So Will Wagner homered again last night (2-5, 3 RBIs) and is now hitting .346 with an 1.145 OPS which ranks 2nd in the league. And BA posted a stand-alone article today about him talking about his breakout campaign and noting he has posted some of the highest exit velocities in the AFL this year. Interesting reading here about a swing change he’s been making to add more pop…

Look for Wagner to perhaps jump into the Astros’ Top 10 Prospects heading in to next year (he’s in the 20-30 range right now). And if that increased pop carries over into next season then an appearance with the big club in the back half of next season wouldn’t be too surprising.

Making up for lost time after undergoing back surgery in the spring and missing a large chunk of the season, corner OF/1B Scott Schreiber is hitting .340/.404/.540 with a K rate of 16%. The slugger’s whiff rate keeps coming down—it was 31% his first 2 years in the system (‘18 and ‘19) and then dropped to 22% in ‘21 after the org got him to reduce his stride at the plate. The back injury goes all the way back to 2015 and he says post-surgery he now feels healthier than he has in years. At 27 he’s not going to get the prospect gurus too excited but someone to keep an eye on at Sugar Land next season. 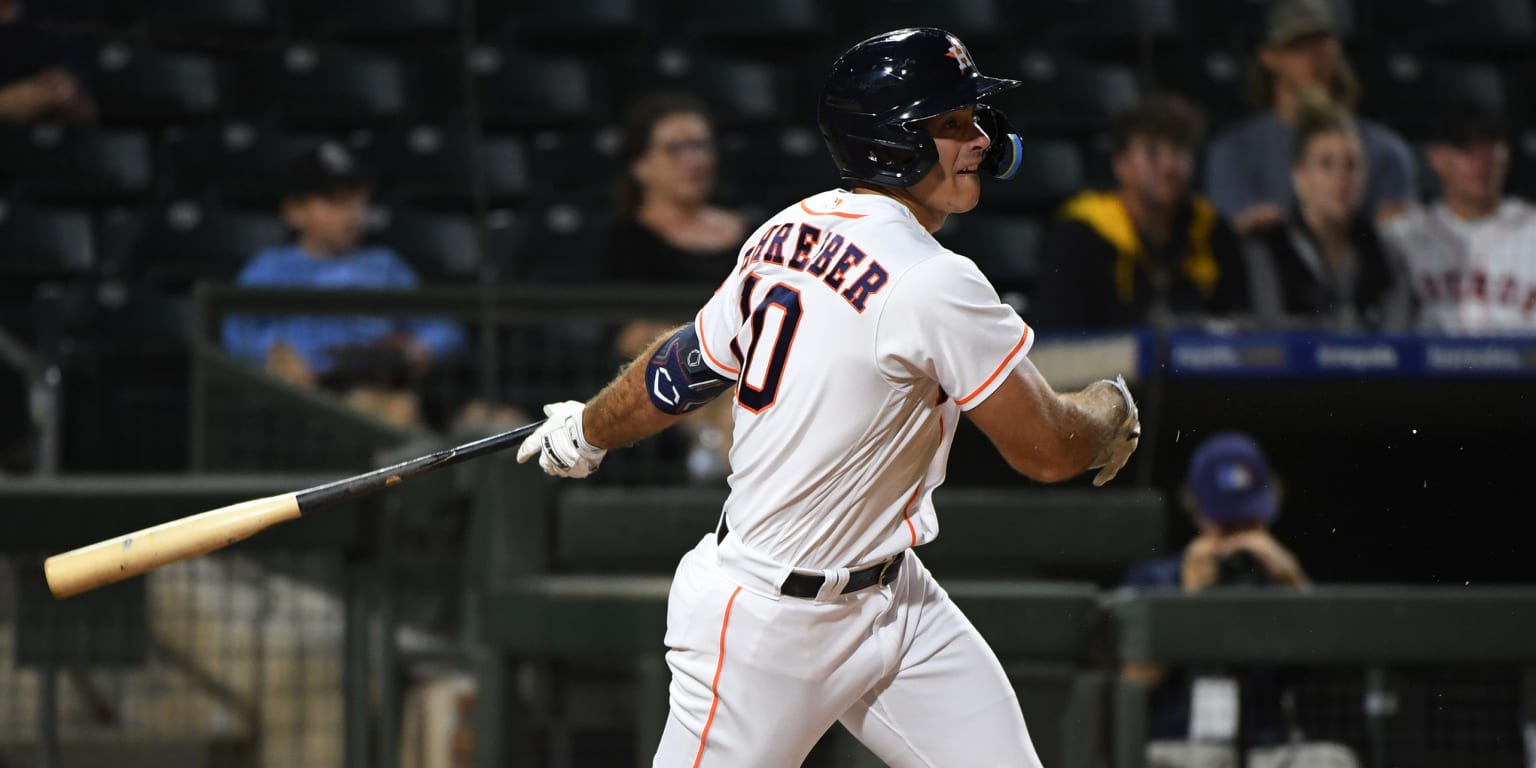 Finally healthy, Astros' Schreiber is taking off in AFL

SCOTTSDALE, Ariz. -- Perhaps no player needed Arizona Fall League at-bats more than Astros first baseman Scott Schreiber, who's 27 years old and has played just 103 games in the past three years because of the pandemic and back issues. He's making...

Regular season ended today with the Saguaros finishing in first with a 19-10 record. They’ll play in the championship game on Saturday.

Besides contributions from Wagner, Schreiber and Colton Gordon, Rhett Kouba (who got the start today) finished strong. Over his final 2 outings: 8 IP, 3 H, 1 R, 2 BB, 9 K.