MLB issued a press release with some information regarding this year’s draft (some of this was known previously, some not):

I’m having trouble imagining what a baseball combine would consist of and how useful it would be. Scouts could verify physical attributes and I suppose some fielding skills, but I’d be wary of projecting key skills of either hitters or pitchers off of non-game activities.

Here is what gets measured during a separate event called the Prospect Development Pipeline (PDP) and I suspect it will serve as a model for the combine:

The combine will also involve a medical component which I suspect is what interests MLB organizations the most particularly as regards pitchers.

So a number of interesting tidbits from this BA article:

So what does that mean for the 2021 draft in general and more specifically the Astros?

As far as the former it could mean a larger number than normal of JUCO players being drafted. Or not. The draft this year may be limited to 20 rounds and a number of JUCO guys often in the past got popped in the 21st round and later. The kids who play for schools not playing this spring also aren’t gonna get scouted. And the shortened draft also affected kids at 4-year schools as well so there’s a backlog there too.

Still there might be more talent than normal in the JUCO ranks. Which at least in the Kansas/Oklahoma/North Texas region could benefit the Astros as super scout Jim Stevenson has certainly been known to ferret out the talent pool from the 2-year schools there.

Also FWIW in the last “full” draft in 2019 the Astros went JUCO heavy. They took 4 JUCO guys in the first 16 rounds which is a really high concentration that early in the draft. And then picked 2 more JUCOs later who were signed for full slot or over-slot. All that doesn’t really mean anything necessarily because 1 year does not make a trend (particularly given the regime change since that draft). But perhaps the stars are aligning here for the Astros to again go heavy in 2021 with JUCO players. 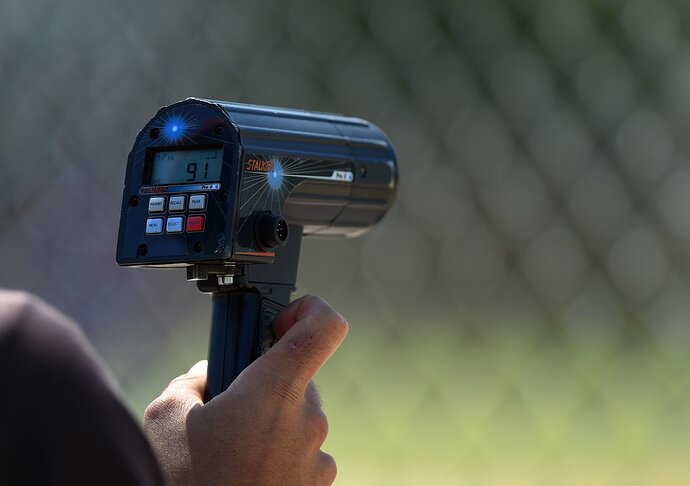 The Second Golden Age Of Juco Baseball Could Be Here

Thanks to a combination of factors, the 2020s have a chance to be a second golden age for junior college baseball.

I assume JUCO kids be at the “combine” along with 4 yr college players and HS? This is going to be a packed draft because of the 2nd year seniors who stayed in college in addition to the larger JUCO classes.

I assume JUCO kids be at the “combine” along with 4 yr college players and HS?

Haven’t see any confirmation of it but I would assume there would be at least a few JUCO guys there.

This is going to be a packed draft because of the 2nd year seniors who stayed in college in addition to the larger JUCO classes.

And whether this draft is 20 rounds or 25 rounds or 30 rounds, because of that backlog of players I would think any smart organization would be wise to invest heavily in UDFAs this year. Particularly a smart org who happens to lack a first and second round pick.

And the increase in the number of 21 yr old Sophomores - Those are usually rare but this year, there should be plenty.

I’ll note in this thread some interesting names to know leading up to the draft. First up is Darren Baker, Dusty’s son. The article below says it was expected that Darren would go in the top 10 rounds of the 2020 draft. The draft was truncated of course to just 5 rounds and after not being drafted Darren said he was returning to Cal for another season this spring. Because the 2020 season did not count towards NCAA eligibility, Baker retains negotiating leverage as he could also return to Cal for 2022.

Despite being the son of a guy who hit 242 major league home runs, Darren has zero pop. Just 1 longball in 111 games entering this spring for the Golden Bears. Baker put his name on the draft map after a stellar summer in the Cape in 2019 where he hit .342/.384/.376. Baseball America listed him at #46 in there Top 50 Cape Cod League prospects after the season. Lefty swinger and second baseman. 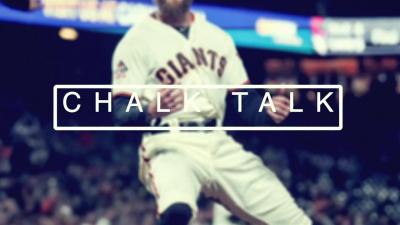 Darren Baker was supposed to celebrate during the 2020 MLB Draft.

Clubs were recently informed that the draft will be just 20 rounds.

Bad move I think. I don’t think they should have dropped it below 25 rounds. Arguably it should have been even higher this year given last year’s abbreviated draft of 5 rounds. As far as not having available roster spots for a higher number of drafted players, well that was a self-inflicted wound by MLB when they eliminated two levels of the minor league system.

Major League Baseball has informed teams of the bonus pools for the 2021 MLB Draft and the 2021-2022 international signing period. 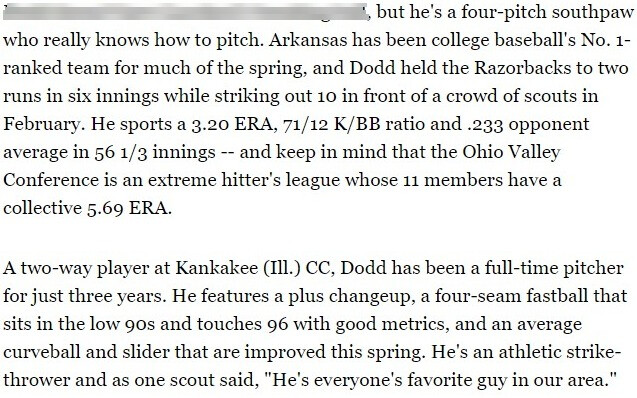 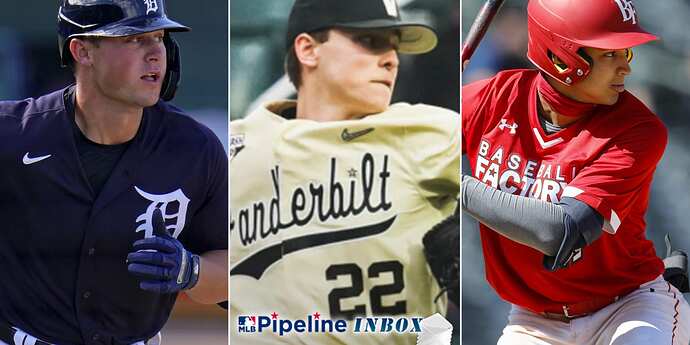 Inbox: Does this Draft class top the last?

I've spent most of the last month working on MLB Pipeline's new Draft Top 150 Prospects list, so the Draft is on my mind. Yours, too, if your Pipeline Inbox questions are any indication.

Another interesting name to keep an eye on is Virginia righty Mike Vasil, who was a first round pick in 2018 out of HS, but has struggled somewhat at UVA and now looks more like Day 2 selection. Mid 90’s four seam FB, with low 80’s slider and high 80’s cutter. Keith Law thinks the latter might be his best pitch, actually.

Me, I’m wondering if there’s a particular professional baseball organization that has an affinity for developing pitchers with four seam fastballs and happens to have a couple of picks nestled around the fourth round of this year’s draft.

Ty Madden at UT has been very impressive this year outside of his 1st start, pretty sure he’s draft eligible

Madden is like a consensus top 10 pick so unfortunately he’ll be long gone by the time the Astros get around to making their first selection.

Gotcha, he redshirted I guess? I have watched more UT baseball this year than in a long time (thanks covid), so I’ve seen 7 or so of his starts, he’s quite good. Didn’t know he was that highly regarded.

Yep, forgot that. I did get to watch Kumar again last night against a good Miss State team and he is something to see.

I don’t check the mocks too often, so I don’t know if there is a consensus between him and Leiter, but it’s not too clear to me.

Yeah, I think I’ve seen Leiter pitch twice, so I have no idea.