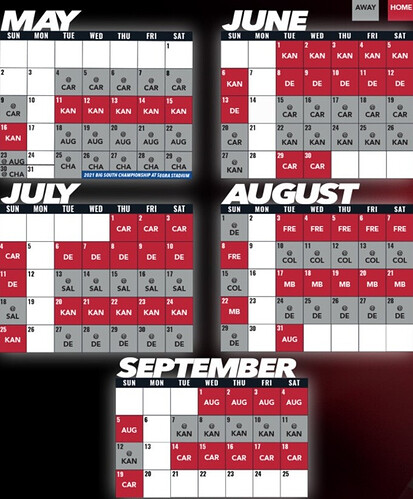 Fayetteville is one of 4 members of the Central Division along with the Carolina Mudcats (Brewers), Down East Wood Ducks (Rangers) and Kannapolis Cannon Ballers (White Sox). And the schedule is heavily weighted towards those divisional opponents (# of games): Kannapolis (30), Down East (24), Carolina (24). So 78 games or 65% of the 120-game schedule will be played against just 3 teams.

I think they should have named the team the Peckerwoods. Seems like a missed opportunity.

In Fayetteville front office news, the guy who had been the GM of the Woodpeckers, David Lane, announced last week he is leaving the Woodpeckers to pursue another opportunity. Lane had been the GM in Greeneville for most of their tenure there (Sept 2006 to Dec 2017) and helped get the Fayetteville franchise off the ground. I wish him the best of luck.

There are so many people behind the scenes of a professional team that make it possible for us to enjoy them. Just wanted to draw attention to one of them.

I live in High Point, not far from Fayetteville. I saw a game there in 2019 as well as the year before when they were in Buies Creek. I am really excited about the Astros new/return affiliation with the Asheville Tourists. I lived there in 1990 when Brian Hunter, Orlando Miller and Dave Hajek were on the team. Dean Hartgraves was there the year before. Cool ballpark. Only a couple of hours from here.

Also on the team: The late Mark Small, who made the Astros out of spring training in 1996.

IIRC, David Lane has been in the Astros minor league system for a long time. I think he was part of the original RR staff. Could certainly be wrong about that…

Damn, you’re in a sweet spot to check out a lot of Tourists and Woodpeckers games this year. W-S, Greensboro, Kannapolis and Hickory all within an 1+ hour drive from you. Are you in to college baseball and do you ever go to any HPU games or drive to Chapel Hill for some ACC games?

We demand reports on any Asheville and Fayetteville games you attend.

We demand reports on any Asheville and Fayetteville games you attend.

Before the pandemic, I would do an occasional High Point University game. (Home of Andre Scrubb) Now that my son is at NC State, I am sure we will do a few there. It took a while but Mrs. Astrojim is now a huge Astros fan. We also now have an Atlantic League team here (The High Point Rockers) that began in 19. I have season tickets there. They of course used to play the Skeeters. It has been big news here locally that Winston Salem (White Sox affiliate) and Greensboro (Pittsburgh affiliate) are now in the same league. Asheville competing in the same circuit, will be great as well, I will definitely report on what I see. We were actually in Buies Creek in 2018, the night Kyle Tucker played his first game for the 'Stros. He had been on the team in 2017, so it was exciting for everyone there. Enoli actually pitched an inning that night.

I went to a game in Greensboro once…once. That Go Go Grasshoppers Go sound effect should be deemed cruel and unusual punishment. Otherwise the stadium was a nice place to watch a game. 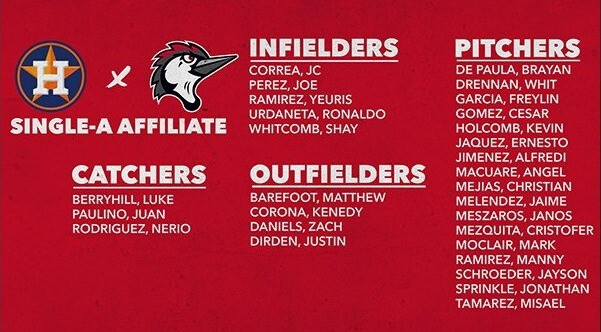 Hopefully Christofer Mezquita eventually makes it to AAA. That’ll be a popular jersey.

Also really keen to see what Whitcomb, Daniels, Dirden, and Macuare do this season.

What’s Nerio Rodriguez, Catcher, all about? 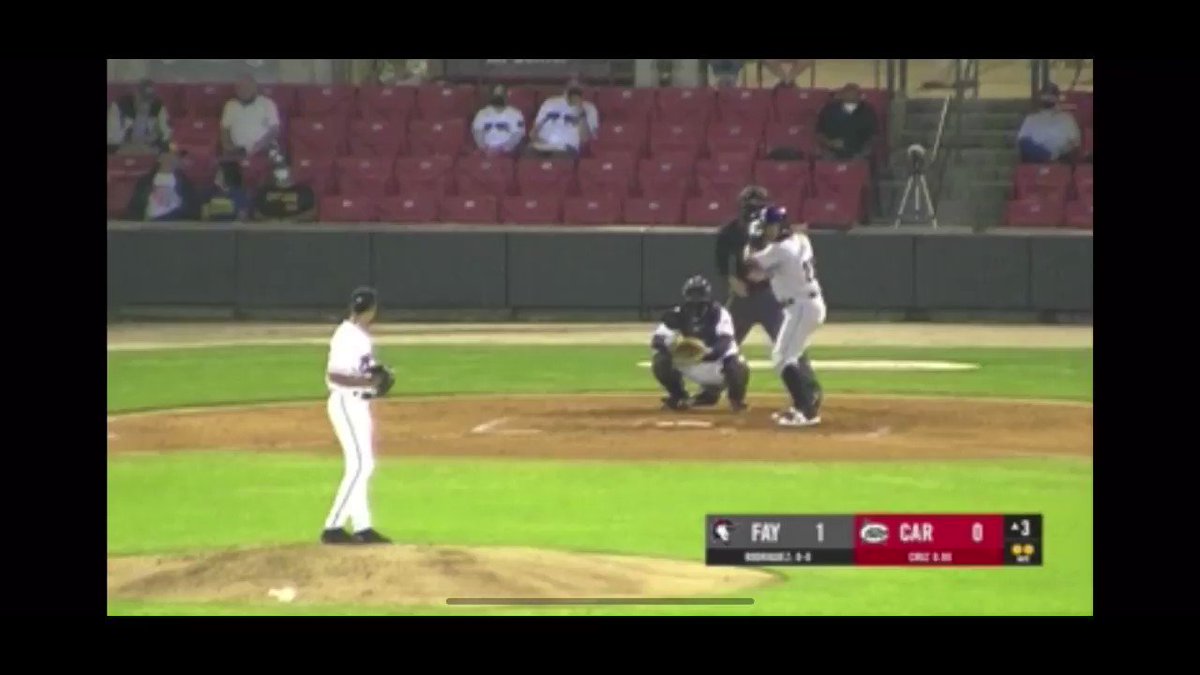 Signed for $450K out of DR as a 16 y/o back in the 2016-2017 signing period (with tax then in effect the Astros shelled out nearly $900K). I haven’t seen his name pop up on any prospect lists so I would probably temper enthusiasm on him.

Some notable professional debuts for the Peckers last night. Correa’s bro JC went 3-5 with a homer. Cesar Gomez (the closer at UTA) got the start on the mound and went 5 scoreless while allowing just 1 baserunner. Jonathan Sprinkle (out of UCM, Jim Crane’s alma mater) faced 6 batters, walking 1and whiffing 5.

Quite a few zeros being thrown up by Pecker pitchers tonight.