Altuve just hit into a triple play with the bases loaded and no outs. Smashed it to the 2nd baseman on a line. 2nd baseman tossed to short to get Myles off 2nd (maybe, it was close). Then Castro, for some damn reason, was almost to second himself when the SS tossed to 1st for the third out. I have no idea what Castro thought was going on. 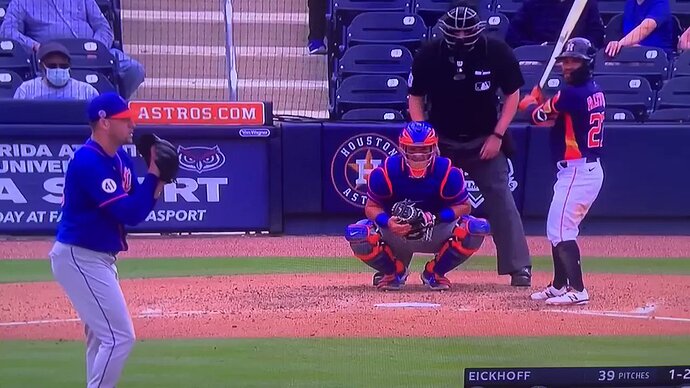 @MarkBermanFox26
Based loaded and nobody out in the sixth and Jose Altuve smokes one that turns into a Mets triple play. https://t.co/ZcTr5bh4sY
Duman (Steve) March 22, 2021, 8:10pm #3

I have no idea what Castro thought was going on.

Ready to hit the showers after a spring training game?

Ready to hit the showers after a spring training game?

Unless Straw had both his feet tucked under himself, I can’t see any way he was out. That throw looked late as fuck.