Certainly not in the top 10 or 20. But expecting him to make up for the ones ahead of him is unrealistic, as well.

Texans score 6 points in the first half.

Whomever is calling plays is a football moron.

They traded away so many of their best players and let so many others leave, and of course they have no draft picks. Plus, they’re coached by a moron, and that moron also happens to be the GM. So the total ineptitude was not difficult to foresee.

Watching the Cowboys get steamrolled by the Browns is way more entertaining than the Texans game, which was entertaining for about the first 2 drives of the 2nd half. 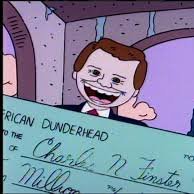 It’s hard to argue they’re not the worst.

I watched the Jets the other night. Are the Texans better than the Jets? Not in any obvious way. I’m watching the Giants now. Are they better than the Giants? No. Who are the other truly terrible teams? Really, I thought the NJ teams were more or less in a league of their own. Looks like they found room for another.

The Jags aren’t terrible, but they’re the only other division team the Texans have a prayer of beating. So I guess we’ll know more this time next week. Assuming the league doesn’t get shut down between now and then.

The Texans could easily find themselves in position for the first overall pick in 2021.

The only thing the Texans have over those teams is a QB. He’s the one playmaker they have. Which is why with the game on the line in the last two minutes, first and goal, BOB had to take the ball out of his hands.

Which is why with the game on the line in the last two minutes, first and goal, BOB had to take the ball out of his hands.

I read that McNair fired his dumb ass, as a coach and a GM. Fuck yeah!

I read that McNair fired his dumb ass, as a coach and a GM. Fuck yeah!

Confirmed in the Chronicle:

I profess my ignorance of the Texan’s org, and had no idea what your post meant. Now, after, the slightest bit of education, I realize now that the situation is worse than I imagined, and I figured it was pretty bad.

Does anyone know what he does on a day to day basis? Easterby, I mean. Serious question.

According to the Chron, he does everything:

Easterby is expected to be a key figure in guiding the organization through this transition. He has operated in a versatile Texans role that has included negotiating contract extensions for Pro Bowl quarterback Deshaun Watson (four years, $156 million), Pro Bowl offensive tackle Laremy Tunsil (three years, $66 million) and inside linebacker Zach Cunningham (four years, $58 million), as well as assisting the coaching staff and scouting, medical and analytics departments.