Springer near the break

Batting cleanup for the Jays

Yeah, the page I read said 61, but no matter. The Jays have not gotten their money’s worth.

That’ll set him on fire.

I doubt he’ll read it. He has been even more fragile this year than usual.

Correa misses alot of time, too, but I really hope they can work something with him.
Not expecting it though because some team will offer more and that is apparently what it is all about.

Hamstring and other issues. I still love that guy, Springer’s always an Astro to me. 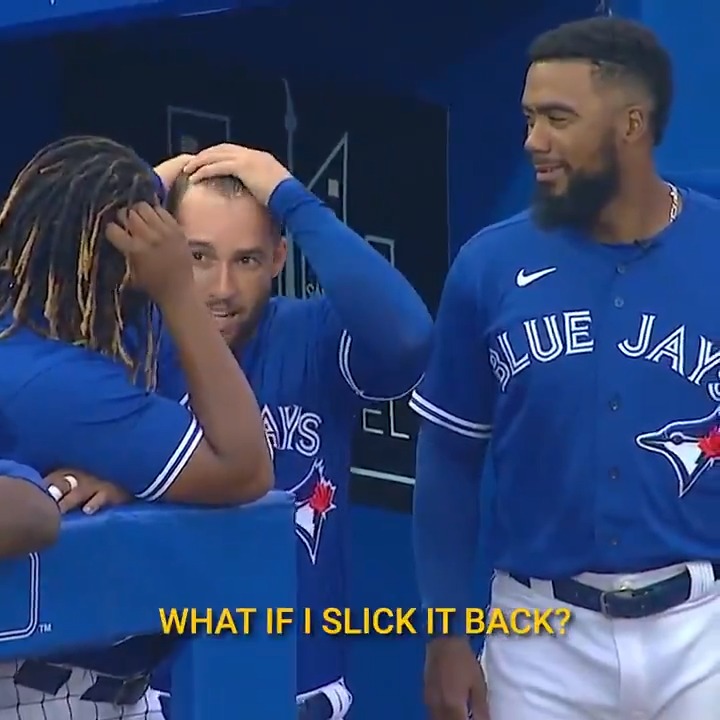 Nope. He is gone. Not much better than Cole in my book. Some better, but not much. He was a great Astro. Too bad he did not want to stay one.

Not trying to be cool or anything else. Just telling you how I feel.

The Astros did not want Springer back at remotely close to what he was worth on the market, so he got paid and I can’t blame him.

He chose the open market, not the Astros. He would have been big rich if he wanted to stay, just not as big rich as he was selling himself to the highest bidder. You don’t blame him. “That’s cool.” I have no animosity towards him, I am glad he was an Astro for awhile, I admired his play and his personality, I cheered his successes in Houston, especially 2017, but he now is simply a mercenary gone to another team. I no longer root for him, but I wish him no harm. He certainly is not “forever an Astro” to me. He is Gerrit Cole lite.

You are correct. I did not. Money never was a consideration for me, either at the beginning of my careers or during them. In both when I was marketable, and I was very marketable at times, I turned down more lucrative offers to leave. I joined the Austin law firm for much less money than other firms offered, and I stayed there almost 40 years. I considered other factors than money in choosing my jobs, and I never considered leaving the places I wanted to be because another place paid more. Never.

You picked the wrong person for your snarky rejoinder,

You are blessed that you were able to make such choices. Just s as professional athletes are. But they have motivating factors also.

Teams make a lot of money off of players like George, no reason they can’t make money off the sport.

I’ll root for George just not when playing my team. George was honest and never a shit like Cole. They aren’t the same character of man.

Hamstring and other issues. I still love that guy, Springer’s always an Astro to me.

He’s a good guy. I’ll pull for him as long as he is not playing against the 'Stros.
Good to see Straw getting comfortable in CF and at the plate.

Understanding that this part of the season is like ST for George due to his injury, during the last 15 Games:

I miss Springer’s personality and zest for life, while Straw is more reserved so far.

You do not know the character of either man, BG, and you apparently do not know me either. The latter fact surprises the hell out of me considering how close we once were.

You t right i don’t know their character or their personal history. I just like the behavior of one over the other shared my the media.

I wish George had stayed, he didn’t as was his choice.

It’s not the first time I’ve shared this opinion. I disagree with yours.

You are blessed that you were able to make such choices. Just s as professional athletes are. But they have motivating factors also.

Most of us have a 40-year career - but rarely in the same organization. While most athletic careers last 10-15 years baring injury.

MLB contracts as constructed now provide a narrow time window for the team to benefit from what is hoped to be a useful health interval from the player. It usually doesn’t work out well for the team, but the player has money, a change of venue, or whatever motivation exists. Unless Springer turns his performance around, we got more than our money’s worth. Most players decline starting in their early 30s. The new team assumes that risk