Test balloons going up from MLB.

Guess which division they put there Astros in: 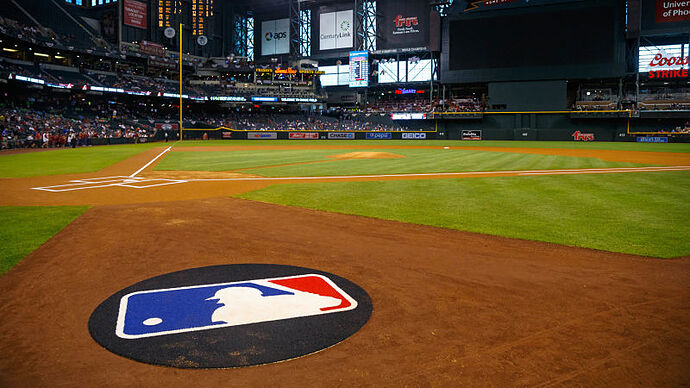 It might be happening. We may be getting baseball back as early as late June. And in our own cities, too. USA TODAY’s Bob Nightengale on Tuesday reported that Major League Baseball is targeting a late-June start to its season, or July 2 the latest....

If you’re willing to drive that far the other direction, you can make it all the way to DC (1431 miles if you go through Atlanta and Charlotte).

Did you not know the Astros have been in the West division for years now?

Every road game other than Arlington would be in Mountain or Pacific time zone.

I realize that’s the way the cookie crumbles with 10 team divisions.

Every road game other than Arlington would be in Mountain or Pacific time zone.

I realize that’s the way the cookie crumbles with 10 team divisions.

Imagine how you’d feel if you lived in Baltimore and the Orioles were placed in the West division.

Honestly…how would you divide them?

Honestly…how would you divide them?

If I were Manfred? Whichever way screwed the Astros.

That’s why I said that’s the way the cookie crumbles with 10 team divisions.

True, I’m just surprised that this proposed realignment is what’s highlighting that the Astros are in a West division. They’ve been there for years, even with 5-team divisions.

My thoughts exactly. Fuck Manfred and his minions. Crane is probably bending over right now.

Yeah, but whats funny is that this is not just a mashup of AL and NL West, Central, East divisions.

I would have expected them to do exactly that and just shrug and say “well the Rangers and Astros are in the West normally, so thats how it goes” but that’s not what they did.

In those divisions, the Pirates and Braves have been swapped away from their traditional division rivals. So they did some kind of fucked up analysis on this and then just swapped those two teams for some unknown reason. Probably as simple as some dumbass saying “hey cool we should put the phillies with the pirates!”

I have no idea why they would even bother based on whatever minimal reduction in travel a Pittsburgh/Atlanta swap would create. They would have been way better served just doing a more extreme version under the old style 4 divisional format with two 7 team divisions and two 8 team divisions. They could even give an isolated team like the Rockies a choice on which way they prefer to go.

Or, and this is just insane I know, use something other than East and West as a divider…

If you sliced the teams in to South, Central North, at least everyone would have games in all the time-zones. And you’d create some match ups that probably don’t happen very often.

But the flip side is Yankee and Red Sox fans would be slightly inconvenienced, so nevermind that.