Players who have signed

Both of these signings will let us know how much money they have freed up to sign Santos above slot.

Endersby - 4 seam FB 92-95 with good spin rate. 12-6 curve out of same tunnel, Needs to develop change up. Had transferred from Cal State Fullerton. Redshirted his first year and then transitioned from infielder to pitcher as RS Fresh. Soph year only gets 6.2 innings of work - K’s 10 and he moves on the Concordia. Had 37 K’s in 28 2/3 IP in 2020. Struck out 7 batters in each of his 5 starts.

Dirden - LH Hitting OF. Started College at East Carolina - Transferred to Jefferson College (JC) before heading to SE Mo State. Made All Ohio Valley Conference in Jr year - Hit .340 with 19 doubles and 16 HR batting mostly in the 5th spot. Also had 9 stolen bases. Mist 2019 with wrist injury. Was hitting .414 through 17 games in 2020. He had 9 HR and was 9/9 in stolen base attempts.

Yes - Stevenson is a stud scout.

Callis reporting that Daniels signed for $400K which saved $30,800 of cap space.

Tags reporting that they have verbal agreements with the others.

Slot values for the rest:

Oh, great, since it’s based on percentages, teams with higher caps get to exceed their cap by a larger absolute amount before they get dinged. I’d rather they just have an actual cap and be done with it. You enforce it by having the league refuse to approve contracts that put a team over the limit.

I most cases, the team with the larger bonus is the team who finished lower and/or lost free agents. The whole draft is structured to help those teams the most. I don’t see why this should be any different.

Astros have signed Whitcomb to $56,000 bonus. I have one irrefutable rule in life: never do math in public. That said, even my shit arithmetic tells me Houston just saved $268,100 with that signing. 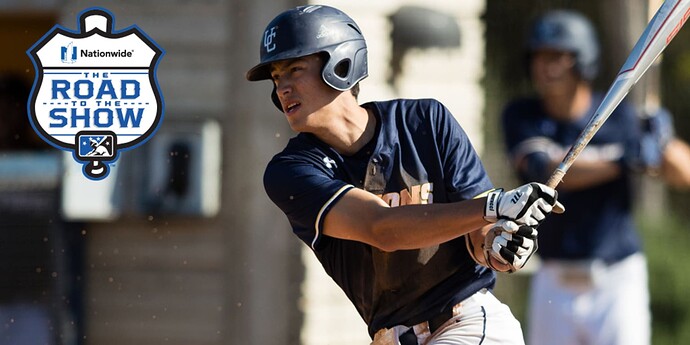 Toolshed: Nothing irrelevant about Whitcomb

In normal times, Shay Whitcomb's move to the Astros wouldn't make many waves. The UC San Diego infielder was selected with the 160th overall pick in the 2020 First-Year Player Draft. In 2019, there were 1,057 selections made after that one. In...

Duman, are you sure about the Whitcomb numbers? Don’t believe the Astros are $324,100 under slot. I believe that was the slot value itself.

Yes - you are correct. I have fixed the numbers in the post above.

Of the 14 players in 2020’s draft/NDFA class, 10 of them are either in hi-A or AA. Pretty aggressive and/or impressive considering none were able to get their feet wet in professional games last year and had truncated amateur seasons.

Whitcomb and Endersby look like fast risers in the system. The latter is also looking like an absolute steal as a NDFA.