You know that string of games three years ago when we were convinced Dusty was mismanaging the bullpen? I’m convinced Dusty was using those games to figure out what his bullpen could do, and that he didn’t really worry too much if it lost one game, or two, or six. In the end, when it mattered, he managed that bullpen brilliantly.

Sorry for the interruption. Please return to the regular programming.

It’s certainly hard to argue with the results the team has had so far this season. And he absolutely managed the hell out of that pitching staff last October. I may always agree with what he does but I gotta say, he’s been a pretty good manager at the macro level if not the micro level.

I still like AJ Hinch better but Dusty has done a fine job. Agree that he really managed the pitching very well last postseason. Really hope we can win a championship for him. The man deserves it.

Not a big fan of dusty. But he has been in the game a long time, and the players like him. Watching joel osteen.

Either this is some performance art I don’t get, or you truly don’t understand that you’re not required to put every thought in your brain out onto the site.

Dusty and his pitching coaches have managed the bullpen well beginning last postseason, imo, and they have done so again this season. I no longer have any major problems with him, although many of us sometimes question specific in-game decisions as we would with any manager. His lineups and players’ days off, though, still are his “WTF?” decisions for me. I am not at all surprised to learn some, maybe all(?), are middle of the night brilliant ideas scribbled on a bedside note pad. I used the same system in law school too, and some, but not all, were good ideas. Of course, my nocturnal brilliance was not affecting anyone else.

ETA: Someone in the dugout deserves a kudo for the lineup maneuvering yesterday in the 9th which resulted in Dubon’s being the runner at second in the 10th, not Maldy.

Either this is some performance art I don’t get

Dusty leaves me scratching my head more than I would like, but I think we tend to overlook perhaps his most important trait: he is very even-keeled, and rarely, if ever, launches into a diatribe or gets on anybody in public. That has to go a very long way for player peace of mind, especially over a long, six-month season. Much better than having a ferret on fire in the dugout, like Terry Collins.

I think we tend to think of managers as strategists only and not managers of personalities.

“They’re professionals, they should know what to do.”

Dusty seems well suited to this aspect for the reasons you mention.

I think we tend to think of managers as strategists only and not managers of personalities.

Managers that excel at the latter certainly don’t get enough credit for it.

kinda why i liked the detroit manager. For some odd reason, a lot of catchers become managers.

Nice piece on Dusty by Rosenthal. Maybe behind paywall. Among the nuggets - he was thinking of JR Richards (and his slider) late in the game. JR is who I’ve associated with the what-could’ve-beens for 1980. 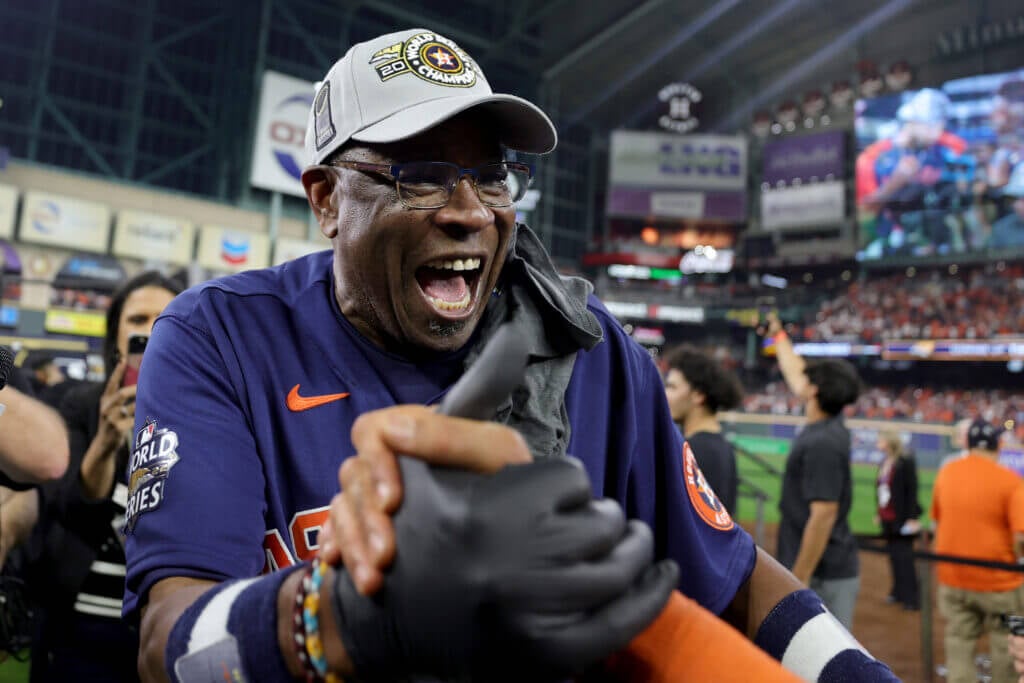 Rosenthal: Even in his moment of World Series triumph, Dusty Baker didn't forget

The baseball gods had to come around at some point. Had to exorcise his Game 6 demons. Had to honor his selflessness. Had to do right by him

Starting to get some prelim press that contract negotiations are underway with Dusty: 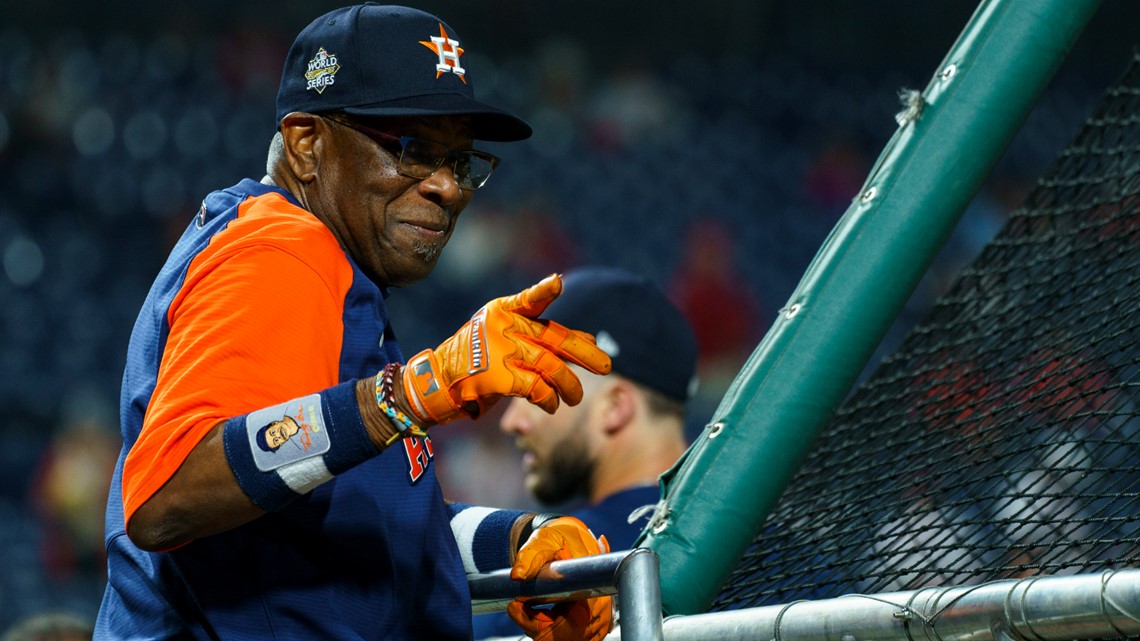 The Houston Astros have been a consistent presence in the playoffs, but there are a lot of questions the team will need to address in the offseason.

Weren’t we supposed to hear today about status for both he and Click?

People are asking me about the rumors about Click and I haven’t read anything that makes sense.