Survey from Baseball America polling managers, executives and scouts for the top 3 in each category…

Correa not on the AL Best Defensive SS list as JP Crawford, Isiah Kiner-Falefa and Andrelton Simmons were ranked 1-3 respectively.

Maldonado not on the AL Best Defensive Catcher list as Christian Vazquez, Roberto Perez and Salvador Perez were ranked 1-3 respectively. A look at baseball's brightest talents and most toolsy stars, as voted on by those within the game.

Correa not on the AL Best Defensive SS list as JP Crawford, Isiah Kiner-Falefa and Andrelton Simmons were ranked 1-3 respectively.

Thank you for invalidating your study, Baseball America.

I have to admit that I don’t watch many Rangers games, but I watch some, and it seems extremely unlikely to me that Isiah Kiner-Falefa is a better defensive SS than Correa.

Again it’s simply a survey and not some study or analysis that BA performed.

If you look at something more objective like Defensive Runs Saved, Kiner-Falefa (and Crawford and Simmons) are more than credible choices by the managers/executives/scouts. But yeah Correa seems a glaring omission by those folks.

I’ve had Kiner-Falafel on my fantasy team this season. His fantasy defense has been outstanding. 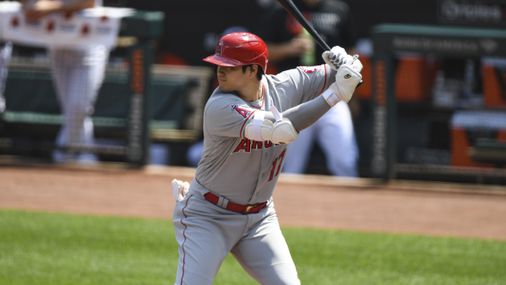 Shohei Ohtani has AL MVP locked down, but there’s plenty left to be decided...

The Angels' double-threat phenom is on track to become the first Japanese player since Ichiro Suzuki in 2001 to win a league MVP award.

Not clicking on it, but Is it the Curly Headed Girlfriend?

Not clicking on it, but Is it the Curly Headed Girlfriend?