Well, the season sucks, politics suck and COVID sucks, so how about some guitar (or other instrument) talk? As I recall, the old site had a guitar thread, but didn’t see one here so figured I’d start one.

Last Monday I ordered a Godin LGX-SA (trans blue) and a Roland GR-55 guitar synth. The Roland showed up on Friday and the Godin arrives today so I’m pretty psyched. My other guitars are going to be lonesome for a bit I’m sure.
Anybody have experience with guitar synths? Or just have guitar comments in general?

The closest I can come is that i used to play in a band and the lead guitar player played a Roland G-707. He loved it

I’ve never played a guitar synth, but I like being around guitars. I built one of those guitar kits last year, mainly just for giggles and to better help with my electronics and set up skills. Sadly, I have had to put some of my guitars away to make room for my home office set up. I still have a few out, but a few more had to go to the closet.

Since I’ve been home I’ve been obsessed with big jazz archtops. I don’t need another guitar, but there you are.

Since I’ve been home I’ve been obsessed with big jazz archtops. I don’t need another guitar, but there you are.

Hmmm…I just had a birthday, so if you’re in a generous mood…YES PLEASE!! 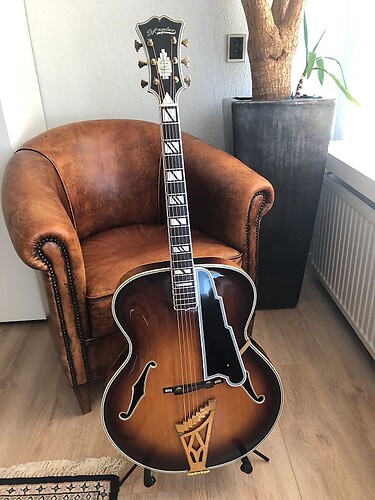 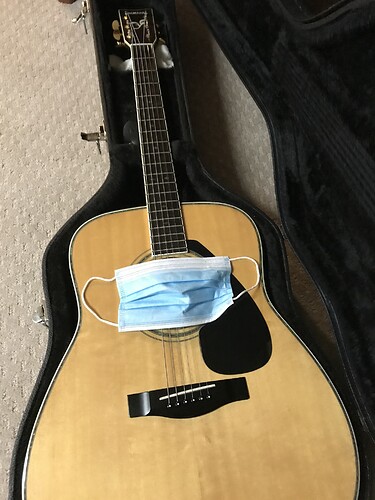 I don’t need another guitar, but there you are.

Every guitar owner I’ve known has never let that stop them.

Yes, the meme is true that says:

it’s probably longing for a home.

I am inept, musically. I have, however, been privileged to meet several outstanding guitarists over the years via friends and acquaintances. Because of this, I witnesses the best blues show of my life, including those by Muddy, John Lee, and Albert (Collins and King).

Around 1983 I was friends with the A&R guy from Robin Guitars. Robin Guitars was operated from the back of “Rockin’ Robin” music store on S. Shepherd. They did assembly and setup in Houston from (I think) Japanese components. I knew a few people in the company.

In any case, my friend the A&R guy had arranged to provide a guitar to Lil’ Ed of “Lil’ Ed and the Blues Imperials”. We went to the show at the now defunct Blue Note and, as usual, we were running late. He had intended to give the guitar to Ed backstage before the show but they were just plugging in on stage when we arrived. My friend waded through the crowd with the guitar so he could show it to Ed before the show. To our suprise, Ed unplugged his guitar and plugged in the Robin as soon as he held it. He tuned it for just a few seconds and started off their first song.

The show was epic. It went on for over three hours and Lil’ Ed and his band were absolutely smoking. I’ve seen many great Blues and R&B shows over the years, but none compare to that night at the Blue Note. I honestly don’t know if Lil’ Ed ever played that Robin guitar again, but that night, the first time he ever touched it, it was magic.