It’s nothing but Spring Training. That said, he can cover the ground at SS. He has hit ok. But most importantly he has delivered base hits with runners in scoring position. Trust in a rookie to take over from the Captain is hard to earn. But from the little I have watched on MLB.TV, its not hard to see the promise.

Fuck Correa. The idea is not to replace him. That will not happen. The idea is to have a very good player there.

Fuck Correa. The idea is not to replace him. That will not happen. The idea is to have a very good player there.

I’ve not been able to watch any of the ST games…anyone have thoughts on how he looks in the field? At the plate? Tendencies, good and bad, that sort of thing?

They are not on TV. He looks like an athlete and is not tiny.

It is rash, I know, but I have a pleasant suspicion he’ll top Correa in WAR this year.

It is rash, I know, but I have a pleasant suspicion he’ll top Correa in WAR this year.

Your damn mouth, you should shut. The wrath of the BBGs you could incur.

Gotcha, didn’t know if they’d had games on ATTSW or MLB network or something.

They tried to have one on ATTSW yesterday (or whatever the channel is now), but it got deluged out. I tuned it in to watch a few innings and got the Biggio HOF special instead. 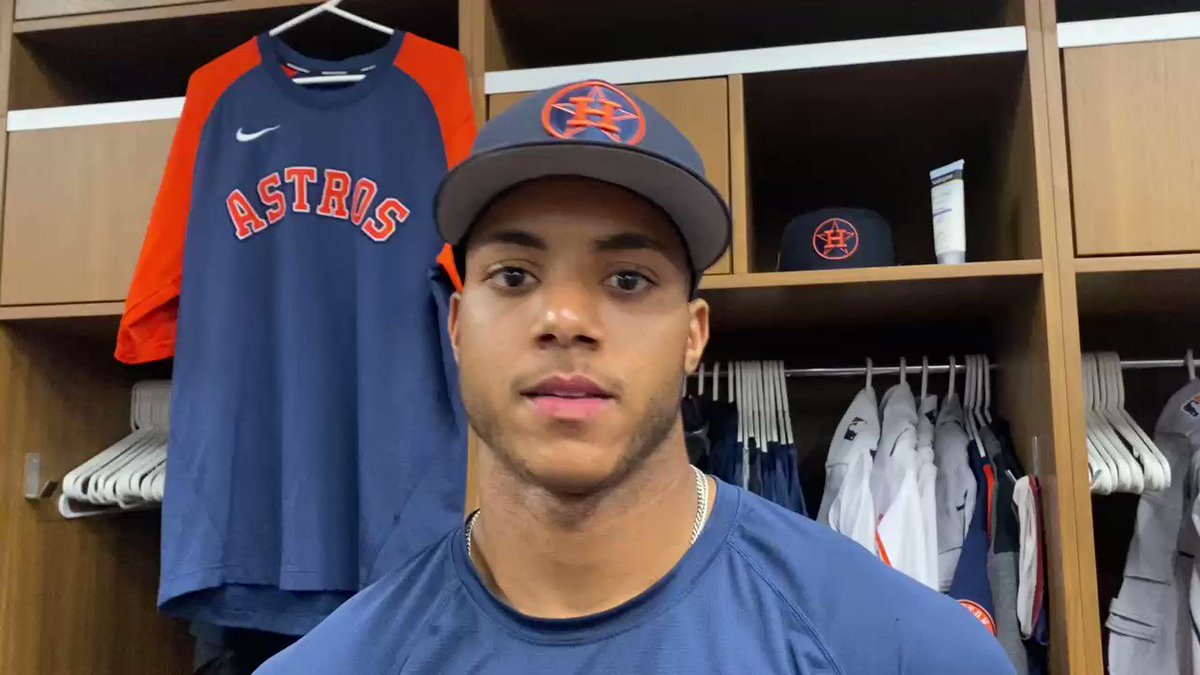 @brianmctaggart
Jeremy Peña, the home run hitter, on his swing and anticipation for Thursday. https://t.co/smdcFKjUA3
Texifornia April 4, 2022, 3:38am #15

You’ll need a balm for that; or, perhaps a salve.

Not a bad first week or so kid…

Someone on Twitter pointed out that Peña has 3 more 3 hit games since 2020 than Cody Bellinger.

He’s still only 9 games into his MLB career but it’s obvious he’s a player.

So far so good.

Now he gets to play at home against a team that has faced him and has had time to make adjustments.

This thread is close enough…

@MLBMetrics
There are 2 players in MLB right now who are at least 96th percentile in sprint speed and 90th percentile in Outs Above Average. Jeremy Peña an Jose Siri
1 Like
Walt_Bond May 3, 2022, 11:40pm #20

And now even the NY Times is profiling him… 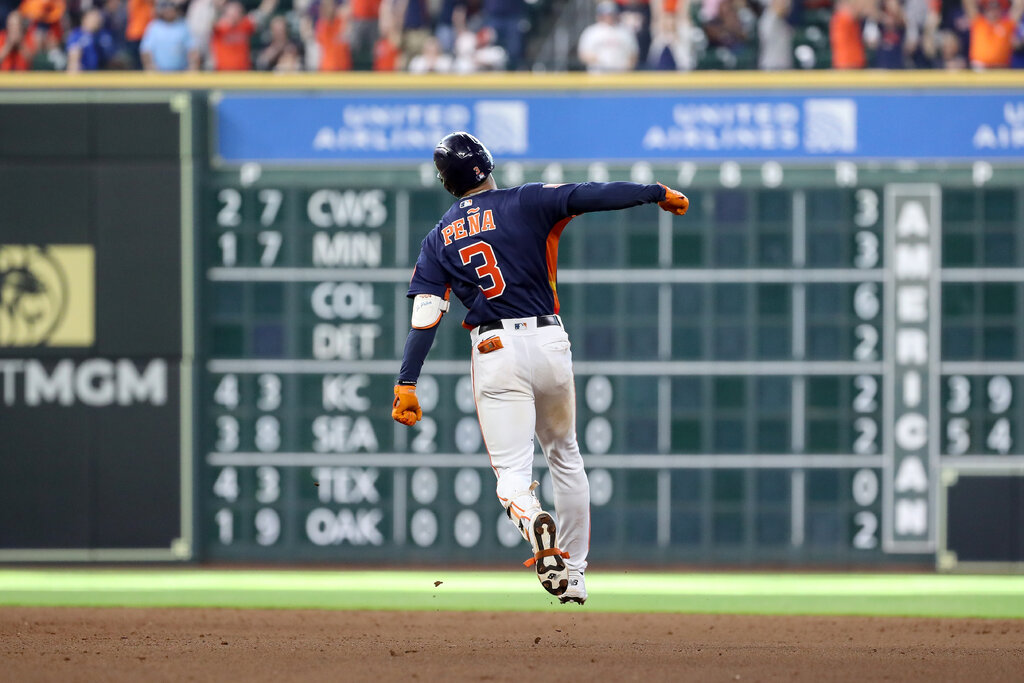 ‘I Think He’ll Be a Superstar’: A Rookie Learns on the Job

When the Houston Astros let Carlos Correa walk away, they had his replacement ready. Jeremy Peña is showing flashes of what made the team so confident in him.