Dead or alive? The players and managers in the 1972 Topps baseball set

Whether from a baseball history standpoint or as a collector, I enjoyed this article in the Chron… 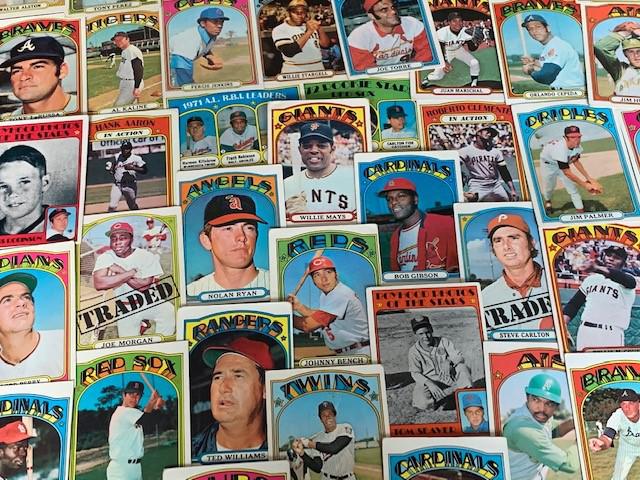 Dead or alive? The players and managers in the 1972 Topps baseball set

After 10 Hall of Famers passed in a 10-month span, morbid curiosity prompted a dive into...

Some factoids from the article:

And just out of curiosity, who among you besides myself still even has a subscription to the Chron?

I do, though I stopped daily delivery this year. We still get the Sunday paper delivered.

I do. I only get the Sunday paper delivered as well.

I get the Austin paper, but I’m about to change to internet only. They still do some good stuff locally, but the quality has gone completely in the crapper, mostly since it became part of USA Today.

Coffee and physical newspaper in the morning has been a routine of mine for a long time, I’ll miss it.

Cool article. That was during my collection intermission for cards … It seemed too juvenile for an army sergeant. I sure remember the players, though. And number 3 on his list (John Bateman) brought back one of my favorite baseball memories. I do not recall the date or even the year, but the radio call of him failing to score from third on a double is seared in my memory.

The Austin paper outsourced its printing to another town (SA?) several years ago so coffee and two-day old news were not appealing to me. I dropped home delivery a couple of years ago and read online.

Yeah, it’s been a steady trip downhill. I’m finally fed up enough with it to make that change.

I last subscribed to the Amnesiac Spaceman in 2012, though at the time it was due to my carrier’s inability to deliver the thing before 7:00 in the morning.

I remember the great and huge mustache.

At its’ best the AAS was mediocre for a city of its’ standing.

We stopped taking the DMN several years ago.

A fatal blow had been struck years before that.

40 years ago I worked at The Dallas Times Herald.