Strike em out throw em out to end the AZ first.

Generous home scoring to give Springer an infield hit.

Altuve hits the ball hard but out. Maybe he is starting to come out of it.

This is the same fucking trash HPU that was brutal on Wednesday. Hamari is fucking awful. 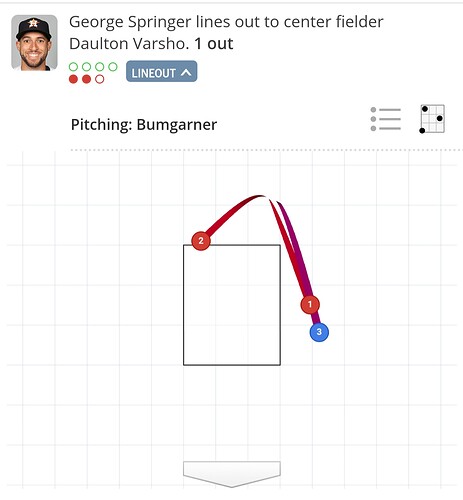 Pitch 1 was a called strike.

Even Brantley barked at him in the first.

Astros again on this homestand unable to put up runs against starter w awful ERA.

Trouble with no outs…

A walk loads them up.

Madbum bitches, manager sticks up for him.

Madbum is a nut.

All this while Urquidy is pitching.

And with Madbum getting ridiculous calls all day.

This is fucking pathetic.

Astros making Bumgarner look like Jordan Lyles out there.

One of those was a grounder by Springer that was bobbled and could/should have been an error.