Cubans in the System

@francysromeroFR
With the official sign of Alberto Hernández, Kenny Gómez and Carlos Espinosa, the Houston Astros reach 21 Cubans in their MLB system, first time that an MLB team has 20 Cubans or more since the 1960´s.
Walt_Bond February 9, 2022, 12:56am #2

I would call it the Luhnow effect… 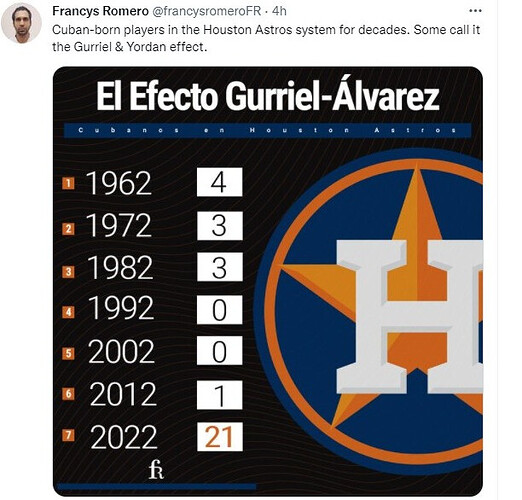 Small sample size definitely, but when I saw him, I thought he had potential.

Yeah, I hope it was a bunch of cash. Those numbers don’t suggest somebody you’re just trying to unload.

The title of this thread sounds like a John le Carre novel.

I was going more for Elmore Leonard.

Ben Badler at BA recently had another look at this year’s international signings (which noted earlier is Cuban dominant): I missed this signing earlier. He was assigned to the DSL Orange club where he’s off to a 7-14 start thru 5 games with 4 walks versus 2 whiffs.

@francysromeroFR
Sources: The Houston Astros are the favorites to sign Cuban RHP Ruben Menes (20) when a new international signing period opens January 15. Bonus deal will be around $ 700,000. More than 15 MLB teams attended the Menes showcase in Delray Beach on June 17. https://t.co/QAgasKgJBR 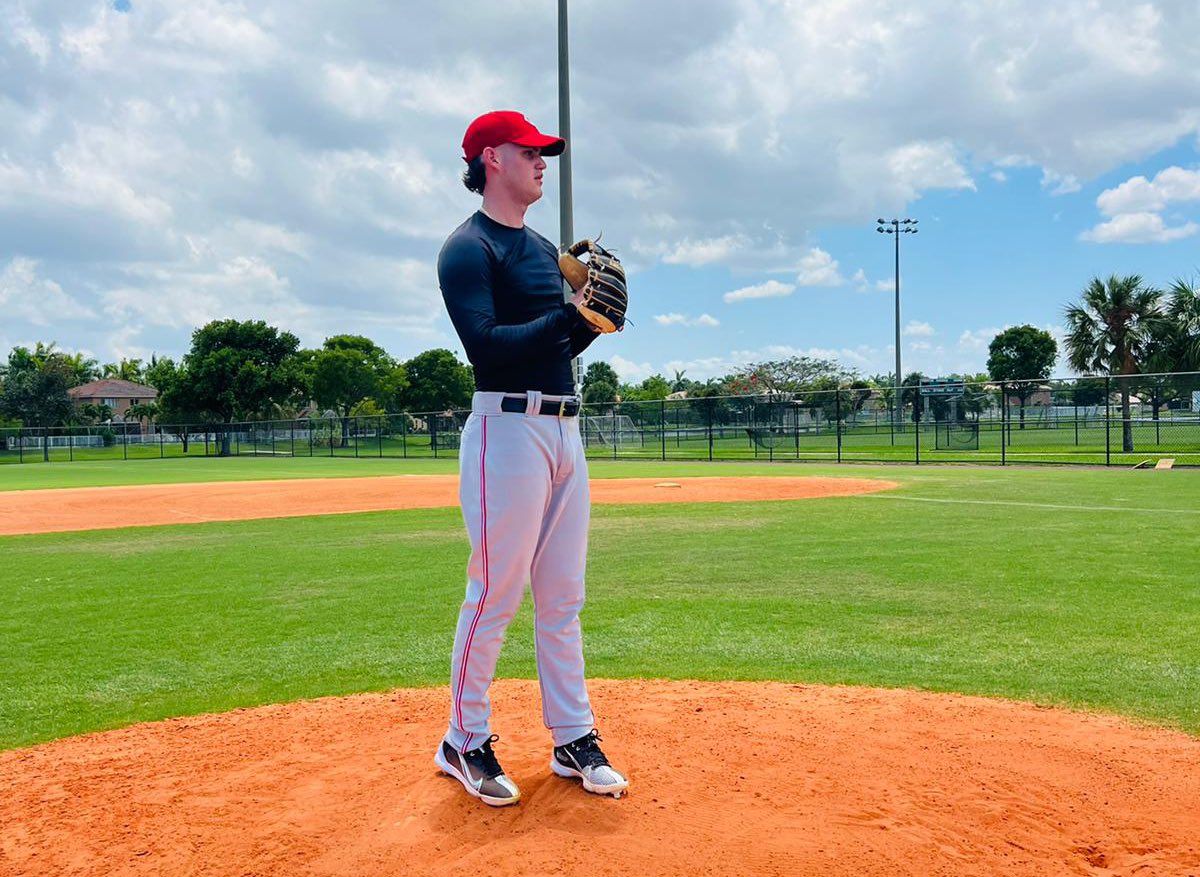 More success recruiting Cubans. This team better sign Yuli as a special assistant the moment his playing career is over. 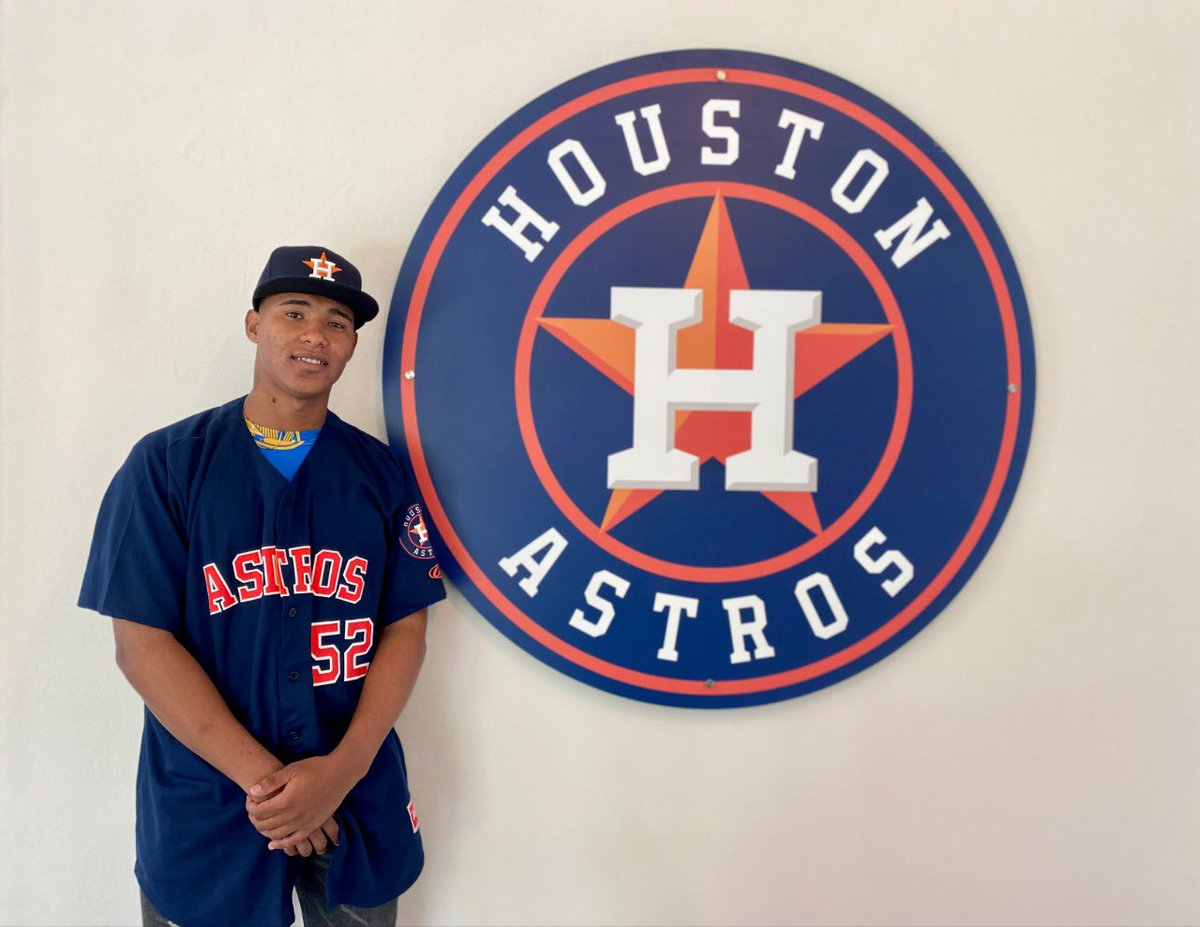