Good lord, Frogs. Those Jayhawks had a family.

I didn’t realize that Ramey transferred to Arizona.

Someone told the Frogs that it’s damn near impossible for the road team to win a close game at the Phog.

Great point. Nothing the refs can do in a blowout.

Indiana’s Jackson-Davis is one smooth ballplayer.

Baker and Pettis watching some goofy motherfucker before the Coogs game against Temple. 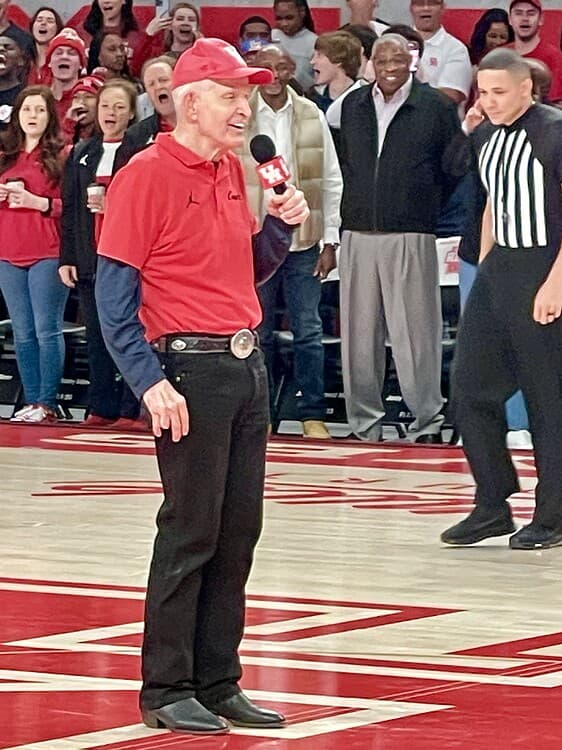 Temple won, but I do not know the score.

56-55. UH ran a nice out-of-bounds play with a couple of seconds left and got a good look from 4-5 ft but didn’t make the shot.

Temple played like the better team. They kept it close and never allowed Houston to make a run. Houston did everything they could to lose as well. Shitty shooting from the field and from the line.

I am looking forward to Saturday’s SEC/Big12 challenge. I expect the BIG12 to take the majority of the games this year. The BIG12 is much deeper and tough conference this year.

I wish BAMA had a more challenging match up. They have been the best team in the SEC so far this way by a wide margin. Next tier is Tennessee, then Auburn and A&M. Kentucky seems to have righted their ship some but very inconsistent. I will not be surprised if BIG12 takes 7 or 8 of the 10 games this year.

Texas vs Tennessee will be a game of interest.

I am not expecting much here. We beat them in Austin, but the other UT will get its revenge this year. Barnes was my favorite of all the UT coaches when he was here.

I hadn’t looked at just how brutal this stretch of games is for Texas:

Well, I guess he was just going for the dish? the dime? to let him eat?

Was he delivering to Mr. Spicoli?

To be technical about it, that driver was just charging for his time traveling to the game to assist with the delivery. Hopefully he can rebound from this awkward experience.