Chili (topics must be at least 6 characters)

I started a pot of chili tonight. Chili is both one of my earliest memories, and one that I’ve never really mastered. I suspect my parents put beans in their chili, though I don’t really remember, but I suspect it’s true. They were more interested in stretching a dollar than purity. I know I was taught to crumble my Saltines into the chili.

I’ve never really had a good chili recipe. In college I would chop up a random roast and throw in a bottle of Gebhardts. This year I’ve been using Lisa Fain’s recipe out of Homesick Texan, because I really like Lisa, and I like that she always starts from dried chilis. It is just hard enough to make it seem like you’re really doing something, plus it means a trip to Fiesta to buy dried chilis. The other time I made it I followed the recipe pretty closely, except I didn’t add the chocolate, because Cincinnati. Lisa says in the recipe she adds the chocolate because it’s a Mexico sort of thing to do. This time I didn’t add the coffee, cinnamon, or allspice either. It smells a lot better.

Anyone have a chili recipe by which they swear?

Anyone have a chili recipe by which they swear?

No, but I broke down a chicken today and made broth and meat, and tomorrow we’ll be having a red posole using Rancho Gordo hominy and the chicken and broth from today.

For various reasons, it’s been over a decade since I ate any meat, but chili is one of those few dishes that I truly miss. Here’s the all-bean version I make when I need to scratch that itch. The chile paste will probably still work for the carnivorous among you.

Chili contains four main ingredients: beef, beef fat, chiles and masa. Some spices such as cumin and maybe an onion or garlic are fine. But NO TOMATOES and NO BEANS! I suspect you’ve heard that before though, and have chosen to ignore it. So knock yourself out. Might as well add cinnamon and noodles, while you’re at it. 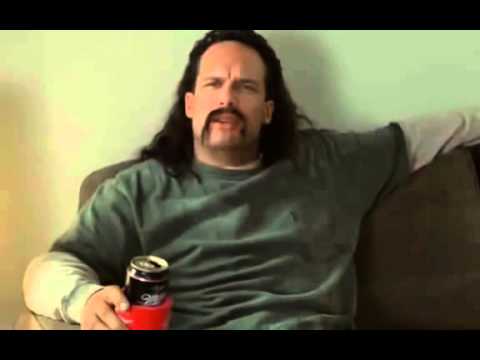 The recipe I use, which I found online a long time ago and have slowly made changes to it:

Couple it with a sweet cornbread recipe I use and we’ll be eating like kings on Monday night.

Couple it with a sweet cornbread recipe I use and we’ll be eating like kings on Monday night.

Just an odd aside, but I was out of college before I ever saw anyone put sugar in cornbread, and then she was from Minnesota. I was shocked. There’s a theory (and if you google sugar and cornbread you can find plenty of discussions on the internet), that white Southerners almost universally didn’t put sugar in cornbread, but that black Southerners almost universally did, and that black Southerners took the preference with them during the Great Migration so that Yankees all think cornbread always has sugar in it.

ETA: There are two theories I’ve seen to explain the difference. One is that black consumers got into the habit of trying to match the cornbread mixes, and the mixes add sugar. The other is that white consumers had access to fresher corn meal which is naturally sweeter, so they never needed to add sugar to have sufficient sweetness. It’s easy to see how in places Southerners ate cornbread, church groups, family gatherings, homes, blacks could go one way and whites another.

Why not put sugar in cornbread? That’s like saying don’t put it in banana bread. If you want a little sweet to off-set some spice, it’s a good way to do it. Because if you are going to butter it, that makes it sweet too.

And I’ve never heard of putting masa in chili. That makes me think of a smashed tamale.

No judgment, I just prefer savory cornbread, and think the cultural story, if true, is fascinating.

The cornbread recipe I use is 1 cup flour, 1 cup cornmeal, 2/3 cup sugar, so it’s not overly sweet.

Why not put sugar in cornbread? That’s like saying don’t put it in banana bread. If you want a little sweet to off-set some spice, it’s a good way to do it. Because if you are going to butter it, that makes it sweet too.

And I’ve never heard of putting masa in chili. That makes me think of a smashed tamale.

Masa is the original and traditional thickener. It’s the same reason you put mashed up saltines or cornbread. And yes, it’s pretty much tamale dough. You can grind up tortilla chips too.

And I always add a tablespoon or so of sugar to my cornbread. It doesn’t make it real sweet, just counters some of the buttermilk’s acidity.

The cornbread recipe I use is 1 cup flour, 1 cup cornmeal, 2/3 cup sugar, so it’s not overly sweet.

That’s way more sugar than I use. My cornbread recipe:

1 heaping cup of white cornmeal
1 scant cup of flour
1 TBL of sugar
2 tsp of baking powder
1 tsp baking soda
2 large chicken eggs
Buttermilk. How much? Enough to make it a creamy batter, somewhere between a cup and a pint. Just have to eyeball it. It should look like a cake batter.

You’ve already added about a tablespoon of cooking oil to your cast iron skillet and put in the oven to preheat to 350.

Pour batter into hot skillet and bake at 350 for about 30 minutes. Top should be spotted with golden brown deliciousness, and probably cracked on top.

It’s temping not to eat right then, but it will slice into wedges easier if you let it cool for 5-10 minutes, but you want to serve it hot. With butter.

I make cornbread about once a week, and always use the same recipe.

preheat oven to 475 with skillet and some oil.

Take the hot pan out of the oven, and pour in the batter. cook for 20 minutes.

Baking soda will cancel out the flavor of the buttermilk, and if there’s too much powder and soda it adds an unpleasant soapy taste. The less you can use and still leaven the cornbread, the better the cornbread will be. One reason to add sugar would be to cancel the soapy taste.

You need the acid in the buttermilk to react with the baking soda to generate enough leavening. Baking powder works a bit with just liquid, but not good enough, IMO. Some people just find the buttermilk a bit too tangy. I wouldn’t call adding a spoonful of sugar “going to great lengths”.

I make chili a couple of times per year, or what I call chili. I guess since I put in beans, it may not be chili.

I never measure anything but use various combinations of few items:

Because I experiment and don’t measure I don’t have a recipe and it is always different.

But it is always enjoyable. To my family and myself at least.

My preference is for White Chili. Here is the one I made this weekend:

I make a vegan chili [HH objection noted] using TVP in lieu of ground beef; recipe below. The TVP mimics the texture of ground beef, but is otherwise a blank canvas so it really takes on the seasoning. I won my office’s chili contest with this, despite technically not qualifying (no beef) and being clearly marked as vegan.

It’s intensely flavorful, high in protein, low in fat, has zero cholesterol and is gluten free. Don’t ask about the sodium, though.

Beans are optional. I usually add 1 can just to increase volume (they’re not necessary for texture or flavor), but I leave them out when I’m making it with the intent of being stealthy.

TVP can be hard to find since the pandemic. No idea why. It is usually find at the store with the specialty flours, but you may have to ask or use a store app to find it. Otherwise, you can buy it online - it’s dried so it ships easily, keeps forever and is vastly cheaper than beef.

It’s simple to reconstitute, just a 1:1 ratio of TVP to boiling water. I add taco seasoning when reconstituting it to make “picadillo”. One packet of taco seasoning works for 1 cup of TVP, but I make my own seasoning so as to cut out the excess salt.

I only really like jalapeño corn bread. Plain cornbread reminds me of English cooking, which is designed purely to fill you up with little regard to nutrition and a compete abdication of flavor.

Never made it myself, but now I think I’m going to give it a try. Recipe suggestions welcomed.

I’m not a fan of jalapeño cornbread, or using whole kernels or creamed corn. And you’re right, cornbread, like any bread, originated as a way to fill you up on as little ingredients as possible. I disagree about no flavor though.