The Astros seem to be using a regular strategy of adding versatility to players.

First it was Miles Straw at SS in 2019
Then Pedro Leon at SS last year.

Now according to the Athletic ($), the Astros are experimenting with Tyler Whitaker (projected as RF when drafted) in all three OF slots and at 3B & SS.

“I think with certain guys who show the athleticism and the desire to do it, it can’t really hurt,” Astros minor-league field coordinator Jason Bell said. “I think it also helps some of them really understand the game more. They have to think about some of the little things about the game — covering bases, cuts and relays, some of the little parts of the game that are kind of overlooked at times. I think when it’s a younger player, you have a lot more time, you’re not as much in a rush to see it through. So I’m excited about it for Tyler Whitaker. He seems to have some pretty good actions.

Roilan Machandy, who has the fastest sprint speed in the system (a 3.4 30-yard dash), is another young outfielder the Astros are trying out at shortstop.

Whitaker played 3B in high school, so it makes sense (to me) that he would continue to get some work there in the minors.

Shay Whitcomb seems like another candidate for this type of cross training. He’s at SS now, but doesn’t project there long term and seems more likely to move to 2B (or 3B). So, why not include 1B and LF?

After playing all 4 infield positions and LF last year, JC Correa is looking to add catcher to his defensive repertoire… 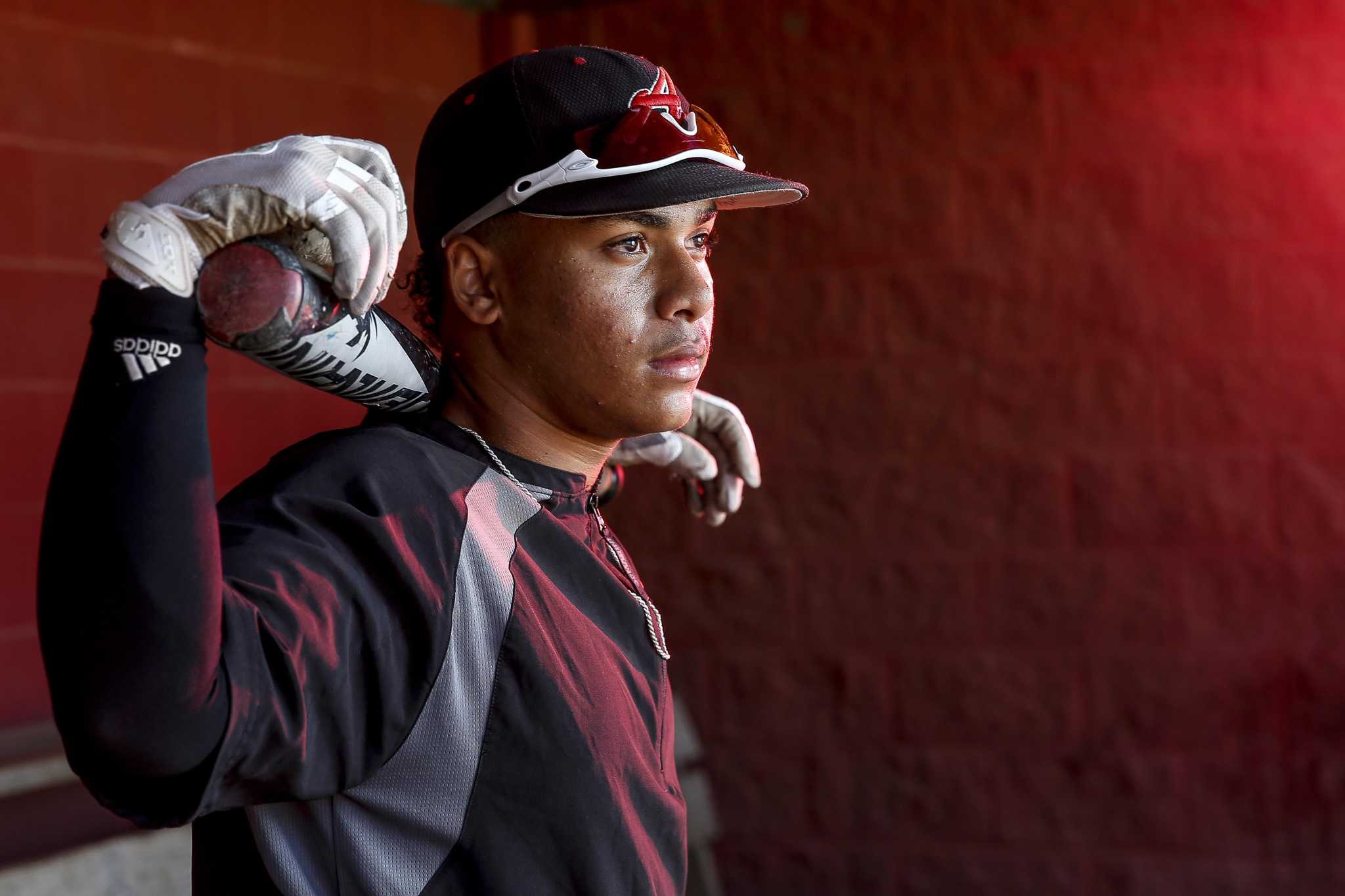 For real, brother: J.C. Correa is a legit Astros prospect