Astros put runners in the corners, nobody out…

McCormick with a 2-out single.

Middle of 2…no score

Tigers with runners on the corners, one out…

Stolen base and Tigers have another runner in scoring position

Bagwell (I hesitate to say Baggy now, thanks Alkie) doesn’t like mustaches.

Astros put two on…two out in the third for Correa…

It’s getting to the point with Yordan, I was almost expecting that to be called a strike. 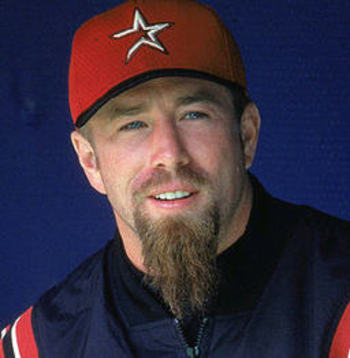 Zero runs for the Astros

Correa…works the count full, and singles to LF, Gurriel scores, Yordan to 3B

Tucker bounces into a FC. Astros strand a pair again, but do tie the game 1-1