Baseball America released their Top 100 prospects list which had Korey Lee had #70 and Jeremy Pena at #72.

The bottom organizations in terms of # of players in the Top 100:

Hey, they’re at the top!

BP’s list is up. Only Peña made the cut, but they rank him 16th overall.

Baseball America released their Top 100 prospects list which had Korey Lee had #70 and Jeremy Pena at #72.

The bottom organizations in terms of # of players in the Top 100:

While that is tough to look at, I see it as evidence of a well-run organization. World Series appearances are so rare that the expenditure of prospects to increase the chances of such an appearance makes total sense. After manufacturing 3 appearances in the last 5 years, expecting anything different with our prospect rankings seems unreasonable. This is how I choose to “process” this information anyways… Here Are 15 Players Who Just Missed The Top 100

We also included all 103 players who received at least one vote in the Top 100 process but did not make the list.

Nothing that hasn’t been covered before in other talk about Houston’s farm system, but a decent and concise look at five of the top prospects:

The Houston Astros have a depleted minor league system. @jball0202 looks at who their top players are and when they may hit the majors. 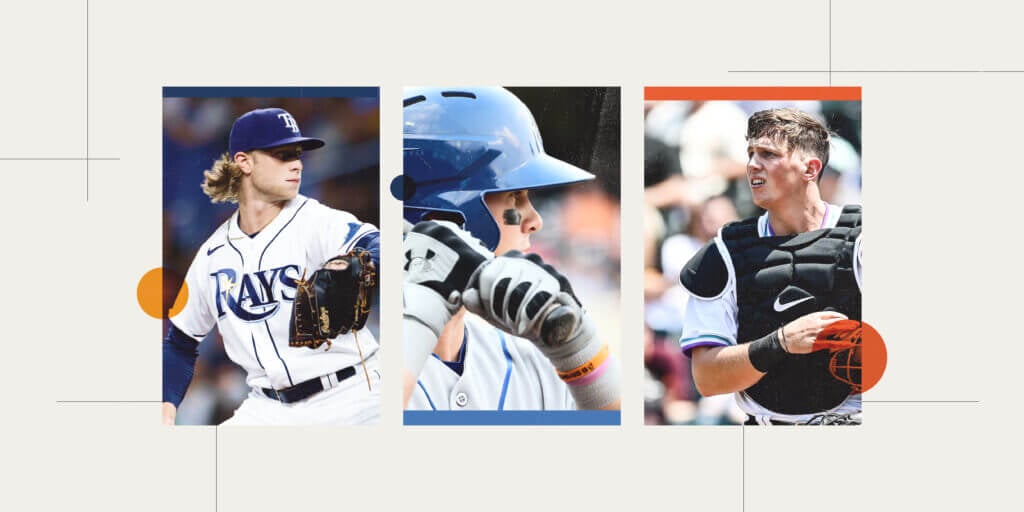 In a separate article, Law answers the always-asked question “who just missed the list?” by laying out the next 15. Catcher Korey Lee was his #101 prospect. His defense and contact are what get him on the list, but light power keeps him from being ranked higher.

FWIF, you can infer from this that Lee has leapfrogged Jeremy Peña and Hunter Brown in Law’s personal rankings and that neither Peña nor Brown are in Law’s top 115.

Law’s rankings aren’t worth printing out to wipe my ass with.

The only evaluations I take seriously (aside from the fine people here, of course) are the folks over at Crawfish Boxes/Astros Future, if only because they actually follow Houston’s minor leagues.

I’ve like Kiley McDaniel’s work as well. Beyond that, eh. 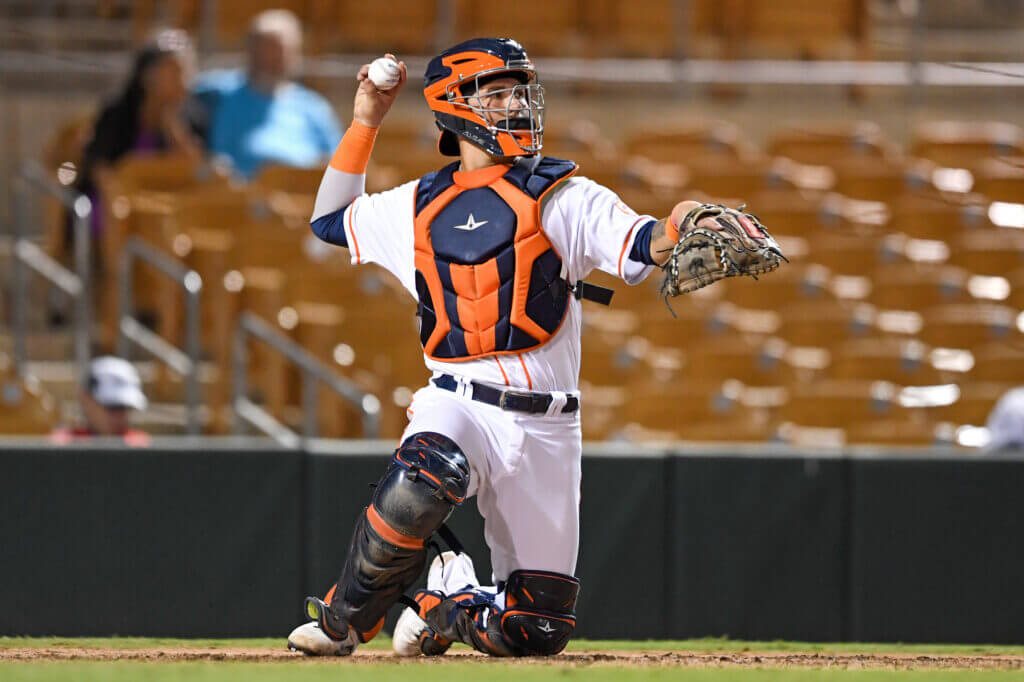 Keith Law ranks the Astros top 20 prospects, projecting who will have the biggest impact in 2022, who is on the rise and who is falling.

Interesting. A few quick thoughts (haven’t read the article yet, but will probably do so at lunch):

In the article Law stated that Lee was ranked 101.

I heard that from Cabrera

Law answers the always-asked question “who just missed the list?” by laying out the next 15. Catcher Korey Lee was his #101 prospect. His defense and contact are what get him on the list, but light power keeps him from being ranked higher.

Pretty surprised to not see Jonathan Bermudez. Bermudez has a solid minor league career and performed very well at AA and AAA in 2021 from, both from an ERA (AAA: 3.06) and a K/BB (AAA: 40/13 in 32.1 innings) perspective and the Astros thought enough of him to protect him on the 40-man. They’ll keep him stretched out as a starter in AAA, but I’d say he’s a good bet to see some major league bullpen time in 2022. Even if Law doesn’t think the guy has a high ceiling, he should probably still crack the back of that list or at least make the “others of note” section.

But also, Law thinks Yuli is “a bad first baseman,” so you’ve got to have a salt lick on hand when reading his evaluations.

Agreed about Bermudez (and thanks for the reminder - knew I was forgetting someone in my points above). Anyone whom the organization thinks enough of protect from the Rule 5 draft deserves to be on a top prospect listing.

I don’t know if Law is trying to be contrarian or original, but it seems like there are always guys you see elsewhere who are left off his lists, ranked too high, or ranked too low. Reading his commentary is interesting inasmuch as it’s someone talking about the Astros’ minor leagues. But it’s not something I take too seriously. 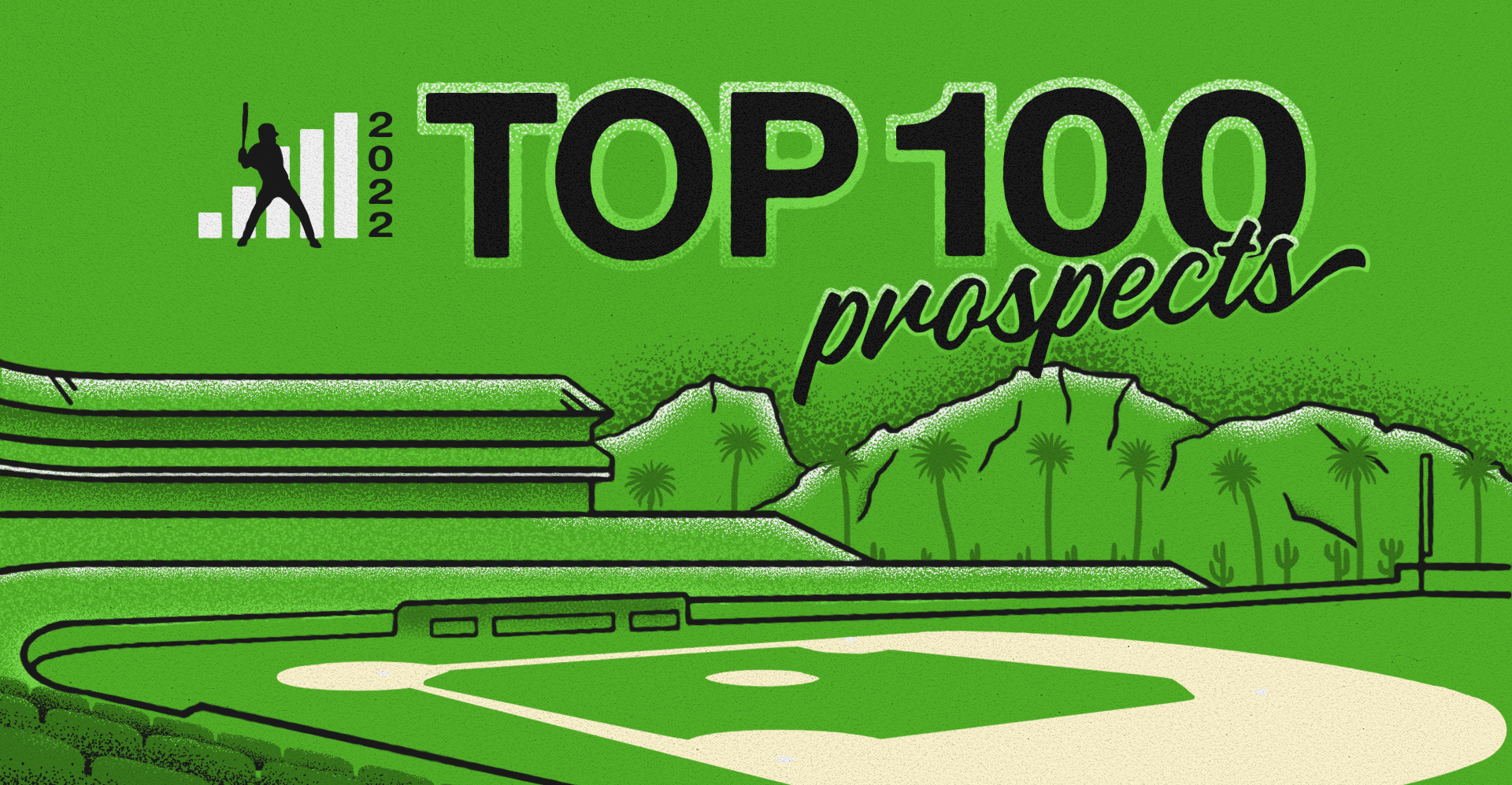 The FanGraphs prospect team presents their 2022 top 100 list, with reports for each player.

There are writeups on all 3 players which are very interesting reads.

So how did Julks hit .297/.369/.545 over the back half of his 2021 system at CC and go from org player to making Laws’ top Astros prospects list? This article by Jake Kaplan talks about how the Astros re-tooled his swing in the middle of the season by putting him on the development list for three weeks and sending him to WPB for intense individual instruction. Asst GM Pete Putila is quoted in the article as saying: “He’s one of our biggest, strongest guys in the system. (He’s) very athletic. But with his swing, he just wasn’t getting the power production that we thought he could achieve.” Once in Florida, Julks was coached to get his lower half more into his swing which resulted in increasing pop for him and in turn a .914 OPS in the second half versus a .732 OPS in the first half. Will be interesting to see how this carries over for the 26 year old in 2022 at AAA Sugar Land. 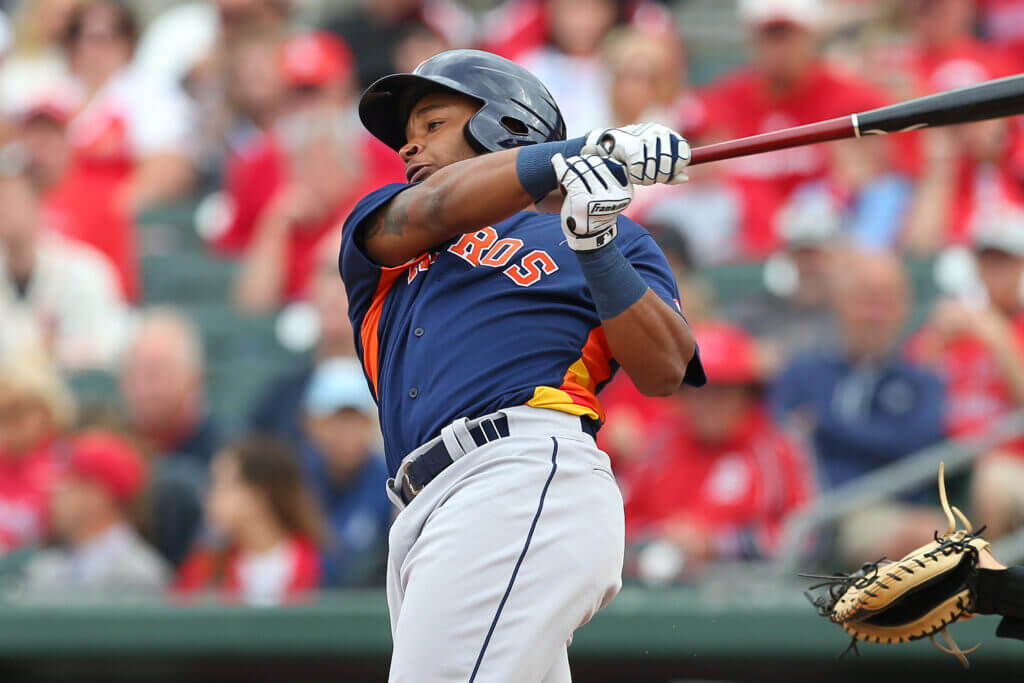 With improved power, Corey Julks could be the Astros' next late-blooming...

Three weeks on the development list. A revamped swing. A big second half. The "pretty special development case" that has Julks on the radar.